The other day I reviewed a 1955 Louis L’Amour novel, Guns of the Timberlands (click the link for that). In 1959 Jaguar Productions put together a movie version. 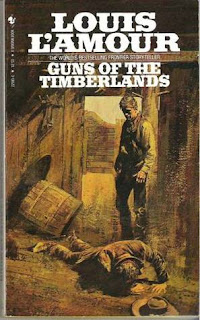 Good little Western novel
(rather a ho-hum movie though)

Jaguar was a company founded by Alan Ladd in 1953. The huge success of Shane that year shot Ladd to the higher echelons of Western stardom, and he wanted to cash in – even though he was, in my view, unsuited to the genre. Two other Jaguar pictures had been Drum Beat (1954) and The Big Land (1957). In fact four of Ladd’s last ten pictures were Westerns. Other Jaguar projects, eventually unmade, included a Western set in the Johnson County War to star Alan and David Ladd, and a remake of the 1923 silent The Covered Wagon. It is a generalization but I think it’s fair to say that Ladd’s post-Shane Westerns were, despite directors of the caliber of Raoul Walsh, Michael Curtiz and Delmer Daves, average at best. 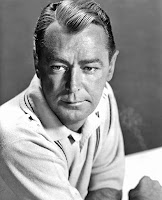 The screenplay of this one was written by Joseph Petracca (who also did Proud Rebel for Ladd) and co-producer Aaron Spelling (who also co-wrote the last Ladd Western, One Foot in Hell). I’m not quite sure why they amputated the final –s from the book’s title but it sounds OK just the same. The screen credits say that their script was “based on the novel by Louis L’Amour” but quite honestly it diverged so far from the book that the link was distinctly tenuous. I don’t know what L’Amour thought of it, though I guess he was used to his stories being mutilated for the screen. 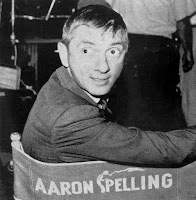 It was Spelling's producing debut, brought in by Ladd

In the book the hero was Clay Bell, a tough Westerner determined to stand up to an over-mighty and ruthless timber baron, Jud Devitt - who doesn’t even appear in the film. In fact a glance at the credits of the movie version shows the character Clay Bell at fifth in the billing and played by Lyle Bettger, so clearly he couldn’t be the goody. I love Lyle Bettger, as a smarmy slick-suited saloon owner up to no good, but he wouldn’t have done as hero of the tale. 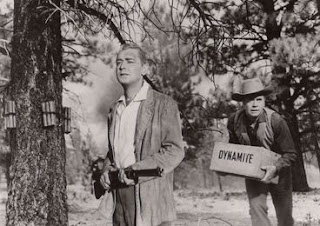 Instead, riding into the town of Deep Wells in the opening scene on a train full of loggers lustily singing a lumberjack song, Cry Timber!, we have as chief goody the head of the crew, Jim Hadley (Ladd) with his partner Monty Walker (Gilbert Roland). So the book’s plot is completely turned round. 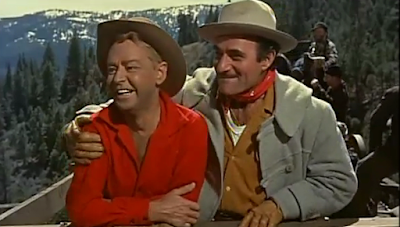 Roland comes near to stealing the show

The director of the picture was Robert D Webb, a solid rather than great helmsman of Westerns who had started as assistant director to Henry King (including on Jesse James in 1939) and who had graduated to director on Way of a Gaucho with Rory Calhoun (1952), White Feather with Robert Wagner and Jeffrey Hunter (1955), Love Me Tender with Elvis (1955) and, his best Western in my opinion, The Proud Ones with Robert Ryan in 1956. 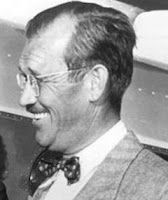 Timberland was a reasonably big picture. Jaguar’s Westerns were budgeted at between $800,000 and a million, and according to Ladd grossed typically three and a half million, so were healthily profitable. At the end of the decade Ladd was in physical and thespian decline but his name was still a draw. As a Western Timberland had to compete commercially with John Wayne’s The Alamo, Elvis in Flaming Star and The Magnificent Seven, but it held its head above box-office water.  The picture was shot in Technicolor in some attractive Arizona locations (with the railroad scenes filmed at the Western Pacific Railroad in California) by John F Seitz. Seitz was an inventor of several photographic processes who went right back to the silent days, but five of his ten talkie Westerns were with Alan Ladd. Timberland was his last picture.

Seitz behind the camera 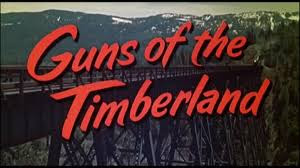 When the lumberjacks arrive in town they receive a hostile reception. The townspeople don’t want loggers. There’s a semi-eco message – woodman, spare that tree, protect nature from corporate greed – but it’s a cattle community and, as a leading rancher explains, “No trees, no topsoil; no topsoil, no grass; and no grass – no cattle”, so there’s commercial self-interest at stake with them too. The trouble is that the loggers have legal title to fell the timber (not the case in the book), so stopping them is going to be tricky. The local sheriff (good old Regis Toomey) is a stolid type but he respects the law, and if the timber men have the legal right, well, he must aid and abet them.

The leading rancher is, to Hadley’s surprise, a redheaded lady, Laura Riley, known simply as Riley, played by second-billed Jeanne Crain. Ms Crain appeared often for Fox in girl-next-door roles through the 40s, and though she garnered an Oscar nomination she consistently lost out to other stars in screen tests for bigger roles and in ’53 left Fox to freelance. Westernwise, she played opposite Kirk Douglas in Universal’s Man Without a Star in 1955, quite a success, and as female lead to Glenn Ford in MGM’s The Fastest Gun Alive the year after that. Timberland was her last Western. She’s not bad in it as the rather truculent opponent of the tree-fellers’ plans. Naturally she will finally fall for the loggers’ handsome leader and all will be well in the end. 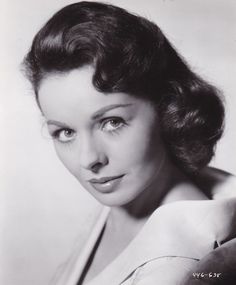 The rather glam Jeanne Crain

Roland is, as ever, dashing in his slightly caddish mustache. Nice to see that Noah Beery, billed without the Jr these days, is the logger foreman, Blackie. Always good to see Noah. Naturally, as foreman he is a decent, sturdy fellow. Noah did decent and sturdy. Ladd’s daughter Alana, debutante, also has a role. 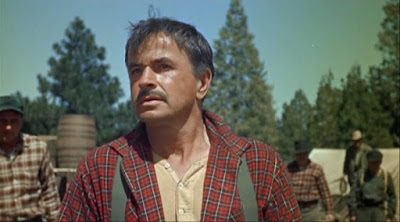 Noah is the dependable foreman

And because it was pretty well de rigueur at the end of the 50s to have a pop-singer in a Western (Marty Robbins in The Hanging Tree, Ricky Nelson in Rio Bravo, Fabian in North to Alaska, etc.), in this one we get Frankie Avalon, who the year of filming had a Number 1 with Venus, as young Bert Harvey, working for Riley but hero-worshipping Hadley. He is sweet on Alana. Naturally there’s a dance, at which he sings a very 50s number (complete with electric guitar accompaniment), Gee Whiz, Willikins, Golly Gee, and he also later gets to croon a sort of musical soliloquy, The Faithful Kind, with, as usual, full orchestral backing, as he drives his buckboard along the trail. Both songs were released on a single in 1960. All a bit cheesy, I fear, but I guess they sold more tickets to teenage girls. Avalon would also appear in The Alamo. 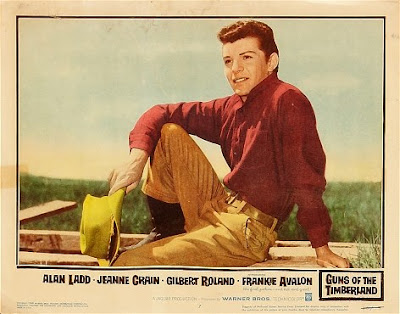 Well, the loggers and the cattlepersons come to blows, naturally, including the Nth semi-comic brawl at the dance and quite a bit of dynamite, but Riley takes Hadley out to a ghost town and shows him what happened when previous stands of timber were stripped, ruining the watershed and causing dreadful floods and mudslides which did for the town, and gradually logger boss Jim, really a sensitive chap, comes round to thinking that maybe felling all that timber isn’t such a good idea after all. Especially when young Bert is badly injured by a falling tree.

This part is vaguely interesting, I suppose, as the chief of one tribe comes round to seeing the point of the chief of the other. The book doesn’t pan out like that but that doesn’t mean the movie shouldn’t. Eventually the partners Jim and Monty (the latter still determined to chop everything down at all costs) will fight it out, or their very obvious stunt doubles will anyway, and there will be a semi-tragic, semi-heart-warming ending after a climactic forest fire.

Ladd never at his best in the love scenes

To be brutally frank (and when, dear e-pards, is your Jeff anything less?) Guns of the Timberland is not the best Western ever. It already looked pretty dated for 1960 and Ladd, then 46, appeared pasty and puffy-faced. He would wear his hat back, showing a blond quiff, which perhaps he thought boyish or cool but most definitely wasn’t, and he was one of those actors who never looked right in range duds; cowboy clothes were always obviously costume and he even looked kind of camp in them. He was never cut out for the role of tough Westerner. Even in Shane he was best at the gentlemanly courting bits and unconvincing as hard-as-nails gunman. I’m sure he was a nice guy and all but he wasn’t good in the saddle.

Still, there are a few good bits to Guns of the Timberland here and there, and the picture would repay at least one viewing. It owes more than a little to Warners’ The Big Trees (1952), and quite a lot too to all the many logging Westerns which echoed to the overused cry of “Timber!” from the silent days on. So little original here. But you know how it is: we’ve seen worse. 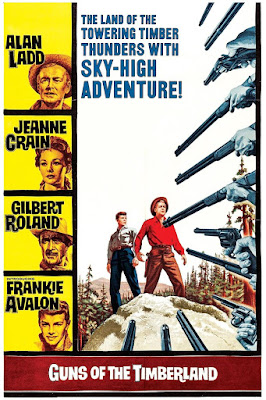