Title: the distinguishing name of a written, printed, or filmed production (Webster's)

Funny how you can tell right away from a title that a movie is a Western. 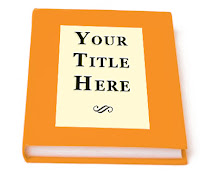 Let’s take an actor like Joel McCrea, who appeared in Westerns but many other genres too. You can’t instantly tell from any given title what genre the movie is in but you can be pretty darn sure, even if you don’t know the pictures at all (I take the early 1940s as an example) that The Great Moment, The More the Merrier, The Palm Beach Story, Sullivan’s Travels, Reaching for the Sun, Foreign Correspondent and Primrose Path are not Westerns. You may not know what genre these pictures are in, if you haven’t seen them: they could be comedies, thrillers, romances, or whatever, but you know they ain’t oaters. On the other hand, when you see a list of the titles of mid-50s McCrea pictures such as The Lone Hand, Black Horse Canyon, Stranger on Horseback, Wichita, and so on, you immediately identify those movies as Westerns. 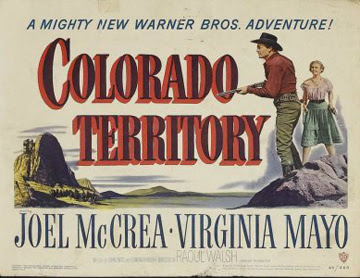 I’ve often noticed this, looking at lists of a particular actor’s films. You can pretty well spot the Westerns on the one hand and the non-Westerns (of all genres) on the other.

How come? What are the ingredients of Western titles that mark them out so distinctly?

Consciously or not, those responsible for movie titles – who were not always the writers – used a particular vocabulary when they were baptizing Westerns. An obvious example is Western place names. Particularly resonant to Westernistas were towns such as Dodge, Tombstone, Abilene and Deadwood, and these crop up in titles again and again. The Gunfight at Dodge City, Five Guns to Tombstone, Abilene Town, Bad Man of Deadwood, and so on. Often the names refer to the place of origin of the hero like Nevada Smith or Al Jennings of Oklahoma. The popularity of titles beginning with The Man from… underlines the importance of that key character in Westerns, the stranger, who rides in on a mission, revenge, maybe, like Will Lockhart (James Stewart) in The Man from Laramie. 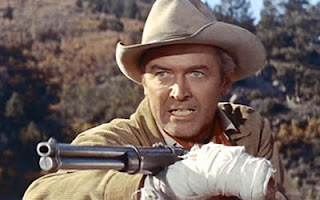 Actually, he was from Fort Laramie

Looking at Sunset Carson’s output, just as an example, we see that, of his 23 feature Westerns, twelve included such words as Arizona, Cimarron, Sante Fe, Oregon, Cheyenne and El Paso, among others. We don’t have to be Einstein to understand that The El Paso Kid and Rough Riders of Cheyenne are likely to be Westerns.

The use of Western characters’ names in titles is also a pretty heavy clue. Among Sunset’s pictures were Alias Billy the Kid and Days of Buffalo Bill. These aren’t going to be sci-fi or rom-com movies. Other famous characters who appeared often in titles were Jesse James, Geronimo, Davy Crockett, Wild Bill Hickok and Sitting Bull, to name but a few. 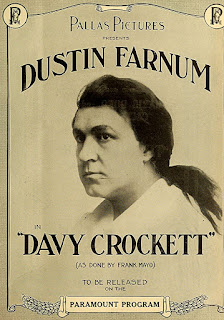 But Western ‘roles’ were as important as names. That’s why the titles of countless oaters include such words as gunfighter, outlaw, cowboy, and so on. These ‘jobs’ are, to say the least, rather specific to a time and place, so no confusion there. 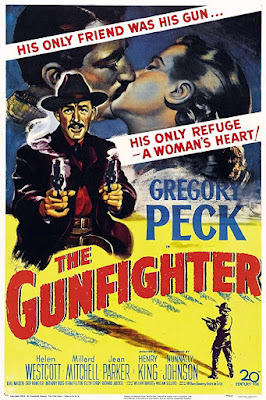 Not a very good likeness of Gregory

If the story includes Indians, you will very likely see Indian words that had been absorbed into English such as tomahawk, warpath or squaw, though the last-named gradually became socially unacceptable. Tomahawk was especially popular in the 1950s, for some reason. We got Raiders of Tomahawk Creek, A Ticket to Tomahawk, Tomahawk, Buffalo Bill in Tomahawk Territory, Ambush at Tomahawk Gap, The Yellow Tomahawk, Tomahawk Trail, and many more. 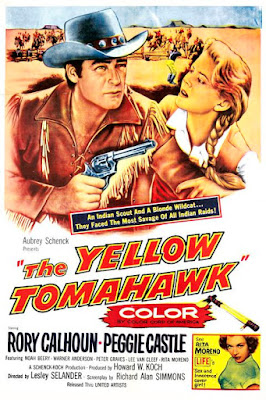 One of the most common elements of Western titles was equine. Going back to Sunset Carson’s œuvre, if series Western stars can have an œuvre (it seems a bit hi-falutin’) we had Sunset Carson Rides Again (and of course ‘rides again’ titles were very popular), Rough Riders of Cheyenne, and Santa Fe Saddlemates. Zane Grey’s Riders of the Purple Sage, published in 1912, first filmed in 1918 and remade many times as both silent and talkie, spawned a whole host of ‘Riders’ titles. Another cowboy of the silver screen, Ken Maynard, made The Demon Rider, The Unknown Cavalier, The Devil’s Saddle, The Upland Rider, The Royal Rider and Sons of the Saddle, horsey titles all. 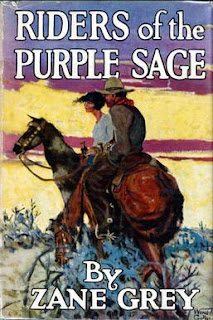 Another key aspect of the Western, indeed an essential one, is the firearm. So these tended to be highlighted in titles too. There are endless Westerns with the word gun in their titles, and even specific weapons figured, such as Springfield Rifle, Colt .45, and Winchester ’73. If we go back to Ken Maynard, Texas Gun Fighter, The Two Gun Man, Gun Gospel and The Gunfighter stand out. Later on, spaghetti westerns especially favored the word Colt in their titles.

Western titles often liked complete phrases or even sentences which hinted at historicity or memoir. I Shot Jesse James, When the Daltons Rode, The Man Who Shot Liberty Valance, and so on. 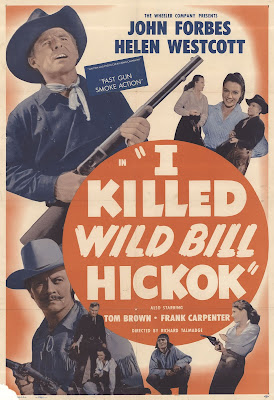 Naturally, the word West was a heavy hint. Westbound, Westward Ho!, Custer of the West, Four Faces West, Five Guns West, They Rode West, How the West was Won, Escort West, Horizons West, and so on ad pretty well infinitum.

I’ve already talked about the popularity of the ‘solitary’ in Westerns (click here for that), and words such as alone, lone, lonesome and lonely pepper Western titles, from Buchanan Rides Alone to The Lone Ranger to High Lonesome to Lonely Are the Brave, to many more.

Similarly, the notion of ‘end of the West’ being integral to the genre (it was right from the start), you get a proliferation of titles with last in them. Custer’s Last Stand, of course, but also Last of the Comanches, The Last Challenge, The Last Command, The Last of the Mohicans, The Last Hard Men, The Last Ride of the Dalton Gang, and so on, and so on. 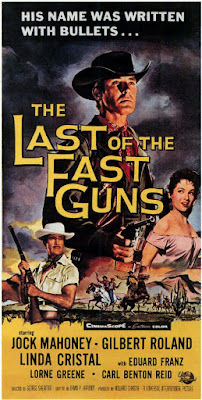 Decidedly, Western titles had their own vocabulary and syntax. It’s good. You can spot them in the TV listings almost instinctively. And avoid the dreaded rom-com or other repulsive genres.