Return of the Frontiersman (Warner Bros, 1950)

A very early Rory Calhoun Western is Return of the Frontiersman, a Warners effort of 1950. Well, it wasn’t really a Calhoun Western: he only had the third-billed part, as the bad guy. It was a Gordon McCrae vehicle. McCrae, as I am sure you know, was a singer, best known for Oklahoma and Carousel, and in this one he soon gets a couple of songs, in the first reel, so that one’s heart may, er, sink. But fear not, because actually – surprisingly, even - he turns out to be quite good (not bad anyway) in a ‘straight’ Western of the time, and does not sing again (phew). 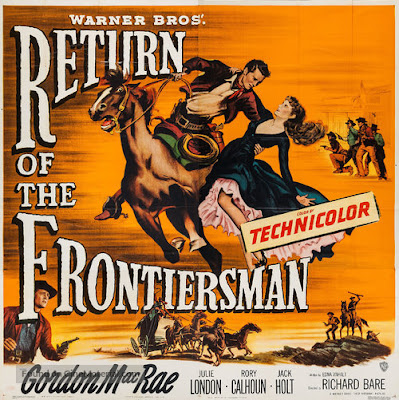 The ‘time’ I mentioned is officially 1950 (it was released in May) but right away we feel we are in the 1940s. Though in Technicolor, there’s a whole load of gallopin’ and rootin’ and tootin’, with much dashing hither and yon, and the 50s have not quite yet arrived. I mean, Broken Arrow it ain’t. Still, if you like a vigorous old-fashioned oater with plenty of action (and let’s face it, e-pards, if you don’t, why are you reading this blog?) you could do a lot worse than devote 74 minutes of your allotted time on this planet to a rainy afternoon watch of Return of the Frontiersman. 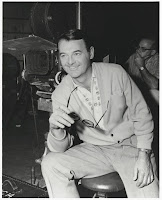 It was directed by Richard L Bare (left), replacing Ray Enright shortly before filming began, and produced by Saul Elkins. Now Mr. Bare was the begetter of 77 Sunset Strip, a series with which I was besotted aged ten or eleven, so that’s good, and he holds the record for directing the most successive number of television shows - 168 episodes of Green Acres, with which I was far from besotted, but though he helmed many Western TV shows, notably episodes of The Virginian, he only directed five Western features, the best of which was Shoot-Out at Medicine Bend with Randolph Scott in 1957. Still.

As for Mr. Elkin, he was a writer (of Charlie Chan flicks) who produced a couple of Randy oaters. Producer and director were not at the very forefront of their métiers as far as 1950s Westerns were concerned but well, they didn’t do too badly.

It’s the old one about the sheriff’s son on the run and the lawman being obliged to lead a posse against him. Luckily, the sheriff is Jack Holt, always a pleasure to watch, as Sam Barrett. McCrae is Logan Barrett, his singin’ son. Rory is slick saloon gambler/newspaperman Larrabee, Logan’s best friend, who staunchly defends him. It’s set in Laramie and what with standard Western Hollywood diction, we are at first confused (Larrabee/Laramie) but it’s soon cleared up. I must say, Rory, in the fourth of his 31 Western features, is astonishingly handsome. No wonder he became a star. Hell, I almost wish I were gay. 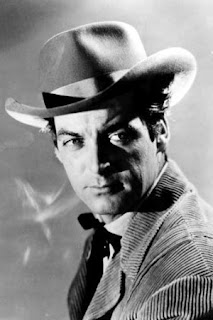 But then if I were gay I wouldn’t pine for Julie London, McCrae’s paramour. I remember Julie from my youth as a singer, one of those one sighed over. But she did a few Westerns too, six to be precise, and this was her second after Tap Roots. After that it was quality all the way, with Drango, Man of the West, Saddle the Wind and The Wonderful Country. That’s quite a list. Sadly, in Return of the Frontiersman she only gets a traditional minor role as the obligatory love interest, without space to act and shine, but still, she’s always a delight to see. 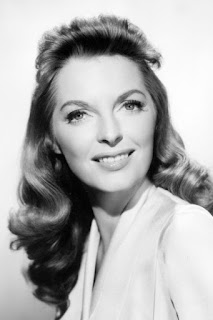 To explain the title, sort of, neither McCrae nor Calhoun is a frontiersman; rather, the word is, an intro voiceover tells us, a term which refers to a lawman. The Wild West was truly wild, and we know this from early Warners stock footage of saloon brawls and shoot-outs and such, and it was the tough badge-wearers who put that right. So much so that in Laramie, no one wears a gun anymore and law ‘n’ order reigns supreme. Imagine the shock of the townsfolk, therefore, when a shooting match breaks out in the Great Divide Saloon. Not only that, one of the combatants is the sheriff’s own son, Logan (McCrae). His dad, who seems to be both marshal and judge, immediately convenes a court in the same saloon and sentences his boy to ten days. The lad’s opponent, badman Kearney (Edwin Rand) tells Logan he’ll get him for this and Logan tells him not if I see you first. So when said Kearney is found shot dead, well, the suspicion falls on Logan. Of course Logan is innocent, as any fool could tell, but it would spoil the plot if anyone realized that. 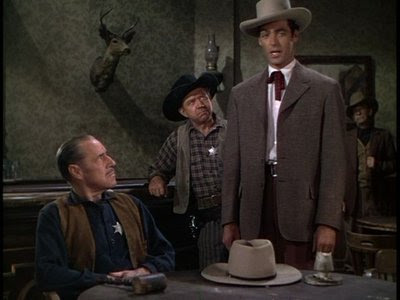 Jack Holt is the tough sheriff

There are posses and fistfights and canyons and caves, and an attack on the stagecoach, and a bank robbery; it’s all very exciting. Best of all, a derringer features largely in the plot and the two-timing Larrabee, who never wears a Colt, finally pulls one of the little pocket guns on our hero. In Western semiotics that is enough to brand him a villain of the worst kind, as derringers were reserved for louche gamblers and saloon girls. Of course for me, the derringer element sent this Western, er, shooting up in my estimation. 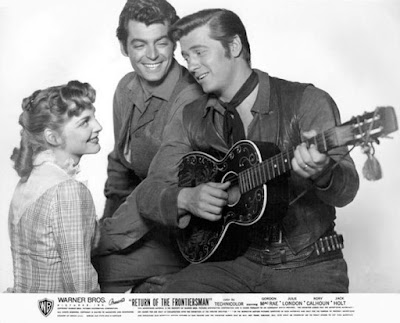 McCrae does his thing

John Doucette (looking rather young) is a henchman and Richard Egan is a Cowhand (uncredited). McCrae leaps onto his horse with the aid of a hitching rail (or his stunt double does anyway) in a way that reminded me of William Holden in Streets of Laredo the year before. Then the hero hides behind a waterfall so all sorts of Westerns come to mind, Riders of the Purple Sage, Johnny Guitar, Randy Rides Alone and various others. All in all this is a hugely enjoyable old-fashioned oater with energy and pzazz. 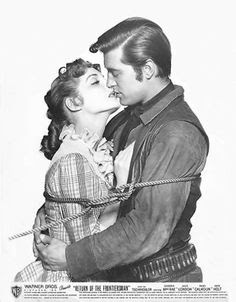