By the early 1970s the Western movie was in full decline. An overstatement, perhaps, but largely true. Yes, Fox's box-office hit Butch Cassidy and the Sundance Kid and that great Western, Warners' The Wild Bunch (both 1969) had recently come out, and some fine Westerns were still to be made (one thinks, for example of The Shootist in 1976) but by 1970 the revisionist Western was already in full flow. That was the year of Soldier Blue, and soon Doc (1971) would debunk hero Wyatt Earp and Dirty Little Billy (1972) would do a hatchet job on Billy the Kid. Vietnam was having an influence, with massacres and cynicism becoming usual, and, well, the Western didn’t seem to have anywhere to go. Even TV Western shows were being canceled. In theaters, the Italian Western (or western) had diverted or even perverted the true form of the genre; yes, spaghettis were fading by 1970/’71 but they had a big impact on American Westerns. Take Lee Van Cleef in Barquero (1970) as an example. The made-in-Spain oater was becoming the norm. Even classy Westerns such as Valdez is Coming (1971) were shot in Almeria and very many lower-grade pictures were too. 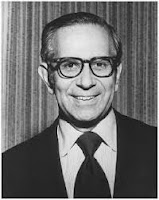 Walter Mirisch (left) was one of the great producers of the heyday of the Western. In fact, Walter and his brothers Marvin and Harold were together one of the most successful producing teams in Hollywood history. They would produce such huge 60s hits as Some Like it Hot, In the Heat of the Night, West Side Story, The Great Escape and The Pink Panther but as far as proper films go (i.e. Westerns) the Mirisch name deserves endless credit for The Magnificent Seven. Walter started as a producer for Monogram back in 1949 on very low-budget stuff. Once Monogram merged into Allied Artists (Mirisch was one of the prime movers of that deal) he would move upmarket, producing Wichita with Joel McCrea in 1955, the first of six oaters he did with Joel (The Gunfight at Dodge City in 1959 would be the last) and he would also work with Gary Cooper. So he’s a major figure in our beloved genre. It says a lot that the company of the producer of major A-Westerns such as Man of the West and The Tall Stranger should, by 1970, be putting out a paella western. But Mirisch had been milking The Magnificent Seven with weak sequels and, Westernwise, didn’t seem to know where to go.

Cannon for Cordoba is the Nth gringo-in-the-Mexican-revolution movie. We are in 1912, when, the screen text tells us, the US was suffering from “raids of Mexican bandit hordes”. I suppose the reference was to the March 1916 attack by a hundred of Pancho Villa’s men on Columbus, New Mexico.  Villa at that time needed more military equipment and supplies in order to continue his fight against Carranza. The Villistas attacked a detachment of the US 13th Cavalry Regiment, burned the town, and seized a hundred horses and mules and other military supplies. Eighteen Americans and about 80 Villistas were killed. Something similar happens in the opening of Cannon for Cordoba, though it’s not Villa but (fictional) revolutionary General Hector Cordoba (Raf Vallone).

US President Woodrow Wilson responded to the Columbus raid by sending 10,000 troops under Brigadier General John J Pershing to Mexico to pursue Villa in the so-called Punitive Mexican Expedition. The attack penetrated 350 miles (560 km) into Mexico but was eventually called off after failing to find Villa, who had successfully escaped. In the movie Pershing is in Columbus (or the fictional town anyway) at the time of the attack and though he shoots numerous Mexicans (Pershing was in fact a crack shot) a young captain has to rescue him by throwing him off the train carrying the cannon, which now fall into Cordoba’s hands. 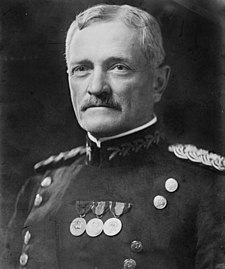 Pershing is played by the great John Russell, Lawman on TV in 1958, Nathan Burdette in Rio Bravo, superb late in his career as Marshal Stockburn in Pale Rider, and very many other Westerns, bi-screen and small, to his credit as well.

The young captain is headline star George Peppard. Peppard, an actor who, as the IMDb bio puts it, was “too often cast in undemanding action roles”, only did five Westerns, perhaps surprisingly. His Western debut was in the mega-turkey How the West was Won in 1962, he was good however in Rough Night in Jericho in 1967 (also Dean Martin’s best Western) but after that it was only this paella, AV MacLaglen’s second-rate One More Train to Rob and finally a TV movie with Pernell Roberts, The Bravos. It’s hardly a spectacular or glittering Western career. Still, he’s OK as the tough and daring commander of an anti-Cordoba expedition.

Peppard does his bad-boy act

The picture was directed for Mirisch by Paul Wendkos. Put under contract by Harry Cohn at Columbia, he helmed the Fred MacMurray Western Face of a Fugitive for the studio in 1959, but was better known for teen movies and TV shows. In 1968 he signed a five-picture contract with Mirisch, and directed two Westerns set in Mexico but filmed in Spain, Guns of the Magnificent Seven (the one with George Kennedy as Chris) and Cannon for Cordoba. 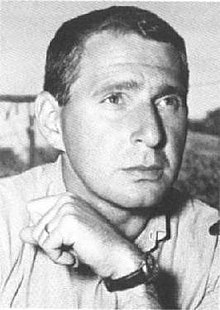 It was written by Stephen Kandel, a TV writer (especially Iron Horse) and the picture does have the air of a TV movie. It’s pretty derivative and unoriginal. Pershing gives Capt. Peppard the dangerous mission of going down into Mexico in plain clothes to Cordoba’s mountain lair, destroying the stolen artillery and bringing the revolutionary leader back alive for trial. The captain assembles his team and of course succeeds. It’s The Professionals redux really, with bits of Where Eagles Dare and The Guns of Navarone thrown in.

In the first reel an American soldier is tortured to reveal where the train carrying the cannons will be going, and when. Peppard and one of his sidekicks, Jackson (Don Gordon, Delgetti in Bullitt) witness this and the tortured man is Jackson’s brother but the captain will not intervene to save him as this would blow their cover. Jackson vows revenge on the ruthless captain.

The torture is supervised by a European officer, and it seemed that all Mexican revolutionaries in movies had to have such a military adviser, usually Prussian. This one is a Swede, Svedborg (Hans Meyer) but he’s just as ruthless and sadistic as the German officers in 100 Rifles, Border River, Bandido!, The Wild Bunch, ¡Three Amigos!, etc. Meyer was South African but born into a German farming family, so maybe that was Prussian enough.

The general isn’t that bloodthirsty but still countenances torture and orders the unfortunate to be shot afterwards, so that isn’t very nice. The revolutionary will come to a sticky end, doubtless. Vallone was actually Italian but to Hollywood, hey, Latin’s Latin, right? He’ll do for a Mexican. Vallone didn’t really do Westerns, though you may remember him as the impresario in A Gunfight and the priest in Nevada Smith.

John Larch is there too, as American rancher Warner who has done a sneaky and unAmerican deal with Cordoba in return for a huge land grant. It will do him no good. He will fall under the guns of the very men he was dealing with.

Another of Peppard’s men (he only has three) is Pete Duel. I was waffling on about Duel the other day, when reviewing The Young Country, the pilot to Alias Smith and Jones. He was of course Hannibal Heyes (to start with). A depressive who sought solace in alcohol, he would succumb to what is generally thought to be a self-inflicted gunshot wound the year after this movie. Duel was born Peter Deuel. He said, “People were always saying, ‘Peter who?’ Or ‘Peter O’Toole’? I first took the ‘e’ out of Deuel, and then said to myself, ‘Why not take the 'r' out of Peter and make that a four-letter word, too, to balance the other?”  He was named the "Most Promising Male Star" of 1966. It was not to be. In Cannon for Cordoba he strums a guitar (rather badly) and is rather careless of military discipline. He’s one of the stronger actors in this actioner though. 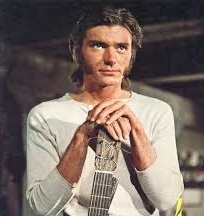 The last of the captain’s men is a Greek, Peter (Nico Minardos, who appeared in quite a few Western TV shows, including Alias Smith and Jones). He is a sensitive type and intellectual. He has a presentiment of his own death. It’s quite a small platoon but then I don’t think this was a big-budget affair.

There has to be a dame, natch. She was Italian too, glam Giovanna Ralli (this and a couple of spaghettis is all, as far as Westerns go). She was raped by Cordoba and her menfolk killed and now she wants revenge. She will do anything to get it.

The music is by Elmer Bernstein, who had of course done The Magnificent Seven for Mirisch. It isn’t a patch on that score though.

There’s mucho shootin’ and dynamite throwin’, and some 1970s special effects. Naturally there’s the final showdown between Jackson and his commander in the last reel, but it’s rather a damp squib. I’m afraid it’s all rather ho-hum. I have seen worse, to be fair, but well, I don’t think this one was ever in danger of getting more than two revolvers. The seventies had dawned.

By 1970 a whorehouse scene was obligatory