Jeff Arnold's West is having a bit of a Brian Keith-orama at the moment, a Western career retrospective looking at Westerns Keith was in. In the last one I did, Sierra Baron, I gave a potted bio of our star so click the link if you want to read that, but today’s episode is a 1971 comedy Western he did, Something Big.

Honestly, it was a bit of a dud. Comedy Westerns are hard to do. So often they fall flat. Of course there are truly great ones, and some fine ones that hover on the Comedy but can also be seen as straight Westerns. But comedy-action-Westerns with stars like Dean Martin on autopilot risk being neither funny nor good action movies either, and such a one is Something Big. 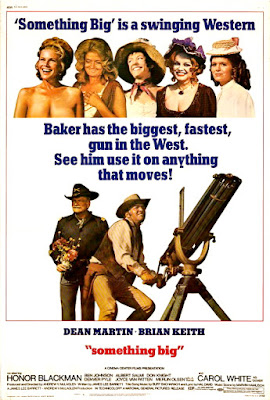 One major problem it had (and I regret to say it) was its director Andrew V McLaglen. Though a John Wayne groupie and son of one of John Ford’s favorite actors (and of course the two things are not coincidental) McLaglen was basically a second-class director of feature Westerns. He did a competent enough job on TV – one thinks especially of Gunsmoke and Have Gun – Will Travel – but when you look at his record of big-screen oaters it’s undistinguished, to say the least. He started in 1956 with Gun the Man Down, almost a Gunsmoke spin-off, with James Arness, which looks like a TV movie; there were forgettable minor pictures like Freckles and The Little Shepherd of Kingdom Come; he directed the worst Westerns of James Stewart, the soapy family saga Shenandoah and the perfectly dreadful The Rare Breed (also with Keith); then the stodgy and overlong The Way West, a flop; Bandolero! (also with Martin and Stewart); and, of course, various Wayne Westerns, the weakest ones, the unfunny and overblown McLintock!, Cahill, US Marshal (about the best he did) and Chisum.  No, sorry, but McLaglen Westerns are a big disappointment. 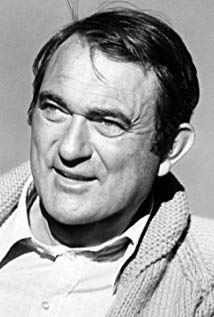 Dino was one of the loveliest men ever, no doubt about it, and he had the ability to be a great actor, but he also did a whole lot of junk. He started partnered with Jerry Lewis in the hilarious (not) Pardners (1956), became famous as the recovering alcoholic deputy to John Wayne in Rio Bravo, and then he did those slapdash, frankly lousy Westerns with Frank Sinatra, Sergeants 3 and 4 for Texas. He was one of The Sons of Katie Elder (supposed to be Duke’s brother), did Texas Across the River with Alain Delon, did his best Western as the bad guy in Rough Night in Jericho in 1967, followed by Bandolero!, and 5 Card Stud with Robert Mitchum (both sleepwalking through their parts), before the big yawn Something Big and his final oater, the unremarkable Showdown, with Rock Hudson. There were some big A-pictures here but there were very few good ones. In Something Big I think he is supposed to be charming but in fact he just seems tired. 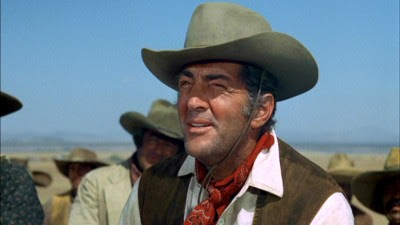 Keith too, we know, would accept any old script that came along and was also capable of just going through the motions to get to the end of it. In Something Big he plays an aging Cavalry colonel on the verge of retirement, a (very) poor man’s Nathan Brittles. He was actually only fifty but relied on make-up to age him. 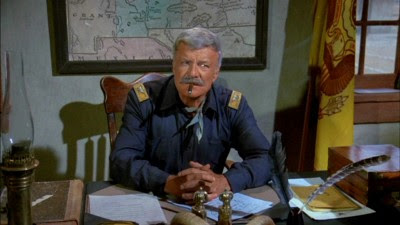 The worst thing about Something Big is that it is way too long. An action-comedy Western that becomes a bore is unforgivable. At one hour, 48 minutes it seems interminable.

The screenplay was by James Lee Barrett, who, with McLaglen, was also a producer. Best known probably for his work on In the Heat of the Night and Smokey and the Bandit, he also wrote Westerns, some rather second-rate ones, Shenandoah, Bandolero!, The Undefeated, and his best effort, The Cheyenne Social Club. The script of Something Big, however, is plodding, repetitive and in the last resort just not very funny (though I do understand this last is a subjective judgement). It is said, amazingly, that Barrett wrote the part for Peter O’Toole. The mind positively boggles. 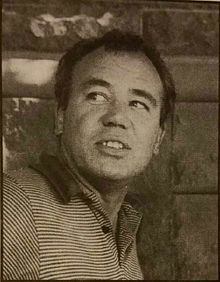 One good thing about the movie, McLaglen got large numbers of Ford/Wayne stock company regulars in, often in little more than cameos but still entertaining. Denver Pyle is a filthy outlaw, Harry Carey Jr. is a cook with a wooden leg, Paul Fix is an Indian chief, Ben Johnson is an incompetent Army scout, and Bob Steele is a teamster, among others. 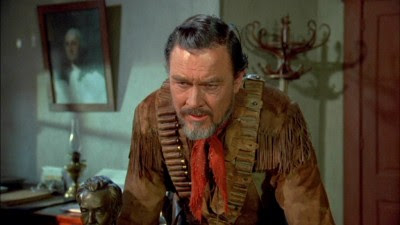 The idea is that outlaw Joe Baker (Martin) is planning “something big” (a phrase repeated ad pretty well nauseam) and Col. Morgan (Keith) wants (a) to find out what and (b) stop it. That’s the plot.

Rascally Albert Salmi and his cadaverous gunman (and knifeman) sidekick Robert Donner (another Wayne regular) are ready to give Baker a Gatling gun for his “something big” but in return, sex-starved Salmi wants a woman. There are precious few in the territory. Now, it just so happens that the colonel’s lady is coming out West on the stage to join him, and she will do nicely. Mrs. Morgan is played by Honor Blackman, Brit actress who was both John Steed’s athletic partner in The Avengers and Bond girl Pussy Galore in Goldfinger. She had done a Western before, Shalako, with then-Bond Sean Connery, a picture that is oft derided but which in fact I don’t mind. She plays the colonel’s wife as a prim but in the last resort gutsy lady. 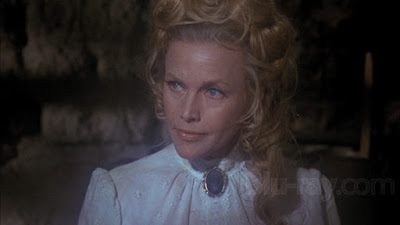 The real star of the show, though, is Tuffy (Scruffy), the mutt which Baker takes everywhere with him in a special saddlebag. This megastar was wasted, though, given nothing to do. He just seems to be there. 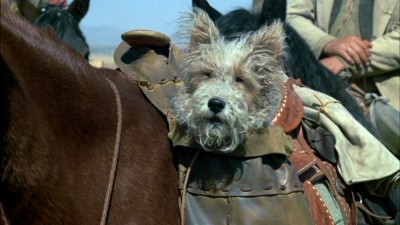 Surprisingly, the movie starts and ends with a Hal David and Burt Bacharach pop-ballad (60s and 70s Westerns felt obliged to, especially after Butch Cassidy) which is not sung by Dino. That was a disappointment.

In fact this picture seems to have been trying for the Butch Cassidy vibe, though it signally failed to find it.

It’s a big-budget affair with a large cast and shot in Technicolor down Mexico way (Durango, a favored Wayne/McLaglen locale) by Harry Stradling Jr., who did wagonloads of Westerns, from Sinatra’s The Kissing Bandit in 1948 to Wayne’s Rooster Cogburn in 1975, was McLaglen’s go-to on Gunsmoke, did Cimarron Strip, those Support Your Local… pictures with James Garner, and whose best Western work was probably Little Big Man.

As a counterpoint to Honor arriving for Brian, Martin also has a shrewish fiancée heading inexorably West to get him, in the shape of Londoner Carol White, in her only Western. I do wish these actors wouldn’t try these “Scottish” accents though. Hers is as fake as it is overdone. Her brother Tommy (Don Knight) is Baker’s sidekick and he plays the bagpipes. He too was only relatively Scottish: born in Manchester, England, he studied for the ministry in Montreal.

There’s a sergeant, Fitzsimmons, who is fond of a drop, Merlin Olsen, who, though, is rather uncharismatic. You would have thought that the director, whose father was famed for such parts in those John Ford cavalry Westerns, might have gone to town a bit on that part. There is the (compulsory) saloon brawl the sergeant takes part in. Only mildly funny.

There’s a rather unsavory climax as Martin Gatling-guns to death countless Mexican bandidos. We’re tired of it and it wasn’t very enjoyable even the first time. But as I said, by then you have lost the will to live and are just praying for rain. 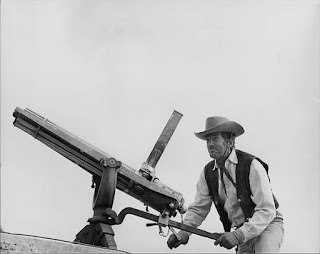 Been there, done that. Wasn't very good the first time.

No, I’m afraid it isn’t very good. Roger Ebert said, “It doesn't have a single surprise in its whole two hours.”