Ken hands over to Gene

We were talking about Gene Autry the other day, reviewing his 1949 picture Riders of the Whistling Pines. Let’s go back a bit and look at Gene’s first film and see how he took the baton passed to him (unwillingly) from the then king of the singing cowboys, Ken Maynard. In Old Santa Fe was in fact a screen test for Autry as Mascot boss Nat Levine was grooming a successor to Maynard, whose antics Levine couldn’t stand any more. 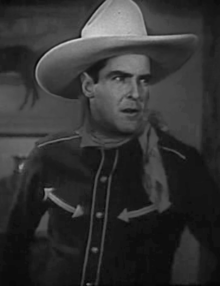 Ken Maynard (left), born in Indiana in 1895, grew up performing in rodeos as a trick rider. Some say he appeared in Buffalo Bill’s Wild West. After war service he became a circus rider with the Ringling Brothers. Buck Jones saw him and urged him to try the movies. He started in 1923 as a stuntman and support actor and got a contract at Fox. His rugged good looks and daredevil riding made him a cowboy star, and in fact some of his stunts were so spectacular that they were often reused in later movies (John Wayne had sometimes to dress like Maynard so the old footage would match).

Ken made a successful transition to the talkies, for Universal Pictures, and became an early singing cowboy. In fact he recorded two country & western songs for Columbia Records. The trouble was that his screen personality spilled over into his private life, with his foul mouth, womanizing, alcoholism and resulting delays together with prima donna temper tantrums on the set, and Universal didn’t care for it one bit. When studio head Carl Laemmle asked Maynard why his latest production (Smoking Guns) was such a very bad picture, the frustrated Maynard retorted, "Mr. Laemmle, I have made you eight very bad pictures," and walked out on Laemmle and Universal.

Producer Nat Levine (right) stepped in and hired Maynard for a Mascot serial, Mystery Mountain, and planned to make a series of Western features with him, beginning with In Old Santa Fe. But Santa Fe was the end of the affair. Thenceforward Gene Autry would wear the singing cowboy crown (until the next war when Gene would join the Army and Roy Rogers would assume the throne).

Maynard kept working in Hollywood but in smaller parts and for lesser studios. In 1944 he turned his back on the movies and made appearances at state fairs and rodeos. He owned a small circus operation featuring rodeo riders but eventually lost it to creditors. His wealth had vanished, and he lived a desolate life as an alcoholic in a rundown trailer. During these years, Maynard was supported by an unknown benefactor, long thought to be Gene Autry. He died of stomach cancer in 1973.

In Old Santa Fe was directed by David Howard, the director of La Gran Jornada, the Spanish-language version of The Big Trail, who went on to direct many George O’Brien Westerns for RKO all through the 1930s. He was on loan to Levine and when his time was up he had to go and so Joseph Kane finished the picture, uncredited.

Later the picture was re-released with Gene Autry’s name headlined to cash in on Gene’s popularity, and was an early picture to be telecast, in 1946. 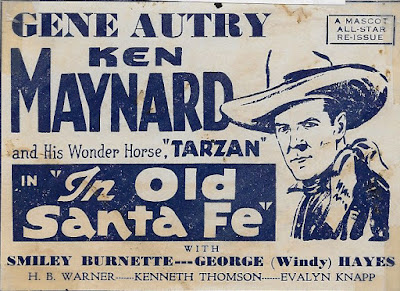 Uncredited on the first release, Gene has now got top billing

Ken’s sidekick Cactus is Gabby Hayes, then still billed more formally as George Hayes. Gabby was already used to being a cranky old-timer, sidekicking any cowboy star who needed a foil, though in fact he was still only in his forties. He makes the most of his part with various bits of actor’s ‘business’ and even dazzles us with a heel-kicking dance. The picture opens with Kentucky (Maynard) strumming a guitar and singing That’s What I Like About My Dog as the pair ride along, and Cactus has a similar view to mine about singing cowboys for he says, “I’ve heard tom cats wailin’ I’ve liked better’n that.” Actually, it wasn’t Ken singing (though he could sing) but Bob Nolan’s voice was used to dub him. 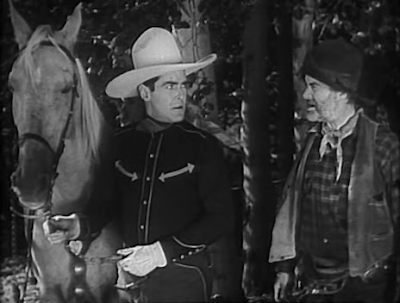 A girl driving wildly (it’s one of those Westerns in which stagecoaches share the roads with cars) nearly runs down Ken and Gabby and their pack mule. Ken is smitten by the dame but Gabby is most curmudgeonly about her behavior. She is Lila Miller, blonde daughter of the owner of a local dude ranch – perhaps it was Miller’s 101 Ranch (though not if we are near Santa Fe). Lila is played by Evalyn Knapp (she was Evelyn but changed it to Evalyn). She was female lead in five 30s Westerns. 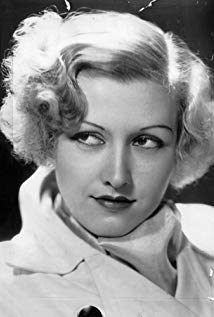 On the stage also going to the ranch are two obvious crooks, besuited city slickers with caddish mustaches, Chandler (Kenneth Thomson, a founder of the Screen Actors Guild, often a gangster for Cecil B DeMille) and his minion Tracy (Wheeler Oakman, a regular as crook). They are clearly up to no good. The stage picks Lila up because her car is stuck in the ditch and Chandler immediately starts slimily making up to her. 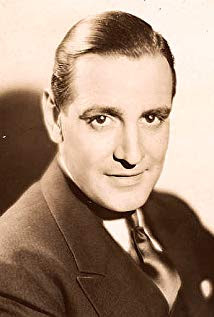 The ranch is where Ken and Cactus are headed too, because Ken has entered Tarzan in a five-mile horse race there. There is mucho skullduggery as the crooks nobble Tarzan by cutting the saddle girth and stringing a trip-wire across a canyon. They have inveigled Cactus into betting Tarzan against a thousand dollars and now he has to explain to Ken that Tarzan has been lost. Naturally, Ken is frightfully decent about it and doesn’t shoot Cactus or anything. Of course he will prove the foul play and get Tarzan back. 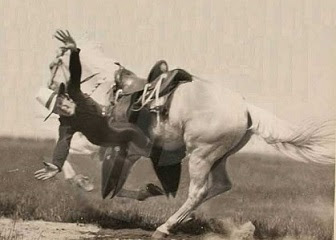 Chandler blackmails Lila’s dad, the owner of the ranch (HB Warner, who had been Jesus Christ for Cecil B DeMille in 1927 and Whispering Smith in 1926) and muscles in on half the ranch – and Miller also has a gold mine. Chandler has an almost-derringer, a small automatic on a wrist spring, so you can tell he’s a baddy. And he quirts his horse, the rotter. 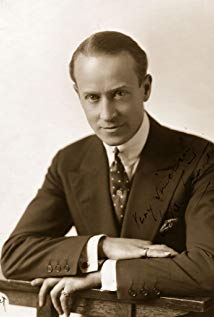 There’s obviously a dance, to allow for more songs. This is where Gene comes in, with the title song Down in Old Santa Fe and then Wyoming Waltz. He also introduces Smiley Burnette because this was his first Western too, and we get a rather dashing version of Momma Don’t Allow.

There’s a lot of action crammed in, with the villains Chandler and Tracy falling out, the stagecoach held up and robbed of gold, Cactus busting Ken out of jail by KO’ing the lawmen, a gunfight, a fistfight, and so on. Eventually the sheriff declares that Ken is “plumb innocent”, the villain is hauled off to the state pen and the girl says, “Ken, you’re wonderful.” It all ends with a reprise of That’s What I Like About My Dog sung by Gabby. I thought it was a whole lot of fun. Poor old Ken, though. 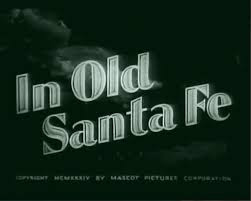