Audie and Brod ride for (almost) the last time

By the late 1960s Audie Murphy, though still in his early 40s, was reaching the end of his Western career. Gunpoint, made and released by Universal, written by Audie’s partners the Willinghams, was released in April of 1966. It was a pretty stodgy B-Western saved by some great character actors. Later that year he followed the dusty trail of many of his compadres, the one that led through the LAX departure lounge, and flew off to Spain to make a spaghetti (or paella) western. The result was The Texican. Like most Eurowesterns of the time, it was pretty bad. 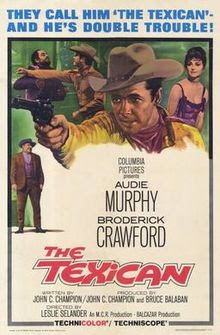 Accompanying him on the plane (it must have been a jumbo) was Broderick Crawford, now 55, who was in a similar position. He would only do an AC Lyles geezer-Western afterwards, Red Tomahawk, and a couple of Western TV shows and that was all she wrote. Crawford was never suited to Westerns, in my view, his quick-fire Eastern lingo and bulk being more appropriate in crime movies or a Highway Patrol car, but he did love oaters and he appeared in fifteen Western features, leading in three (including another spaghetti), as well as many TV shows. In The Texican he plays a typical crooked saloon owner in a frock coat (rather an ample one). 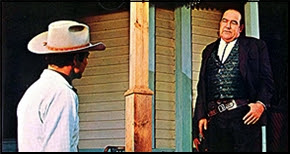 Brod is the crooked town boss

There was another Western vet on board, even more aged than Brod. He was as old as the century, in fact, and like Brod would only have a last-gasp AC Lyles oater or two to go after this one. It was none other than our old pal Lesley Selander, B-Western helmsman extraordinaire. Could the director manage an otherwise Spanish cast and crew and make a rattling good Western, as of yore?

Lesley couldn't quite manage it

The screenplay was by Laramie writer John C Champion, who was also one of the producers. Champion and Murphy formed a company, MCR Productions, to make Westerns in Europe, though in the end this was the only one they did. It was in fact a remake of Champion’s own script for Panhandle, the 1948 Allied Artists picture, Champion's first film, also directed by Selander. Audie would be taking Rod Cameron’s part, Brod that of Reed Hadley. You do rather get the impression that Murphy, Crawford, Selander and Champion, their careers all flagging, got together one evening in Laurel Canyon or somewhere and cooked up the idea of a really cheap and quick Western made in Spain that they could get Columbia to release Stateside. I don’t know if that’s how it happened, but it could have been. 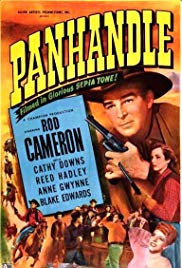 You may remember the story from Panhandle. A tough gunman who has hung up his irons feels obliged to strap them on again and come back home to avenge his brother, a newspaper editor murdered by a ruthless and crooked town boss.

Apart from Audie and Brod, all the rest of the cast were Spanish, and the movie was post-dubbed, often not very well. We get this kind of thing: “There’s nothing to worry. About folks.” Some of the actors Americanized their names in the credits, Antonio becoming Anthony and so on. I didn’t know any of them, though perhaps European audiences did. 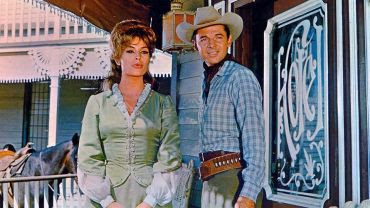 Audie goes through the motions and is hardly credible as the bad guy with a price on his head coming back for vengeance. As usual he doesn’t have a hair out of place and his duds are fresh from the dry cleaners. Brod mumbles and gabbles his way through his part, as per usual.

The sound is poor and the music sometimes drowns out the dialogue. The gunshots are those stupid overloud spaghetti ones which always have a ricochet whine even when they don’t hit anything.

It’s in Technicolor and Techniscope. I am reliably informed that “the 16:9 anamorphic transfer retains the original 2.35:1 original aspect ratio” but I have no idea what that means.

There is a saloon moll, Kit (Diana Lorys) whom Brod fancies but she prefers Audie. “Maybe you think I’m too old for you,” says the saloon owner. Distinctly possible, Brod, as she was in her 20s.

Rest of the cast Spanish, e.g. henchman Gil (Aldo Sambrell, right,
who was in Bullet for the General)

At one point there’s a runaway surrey with a fringe on top which Audie gallantly halts, naturally taking over the reins from the driver, a mere female. Audie gives a wry smile as he does so, as if to say 'Jeesh, lady drivers, huh?'

When Broderick gets off his horse you can almost hear the animal breathing a sigh of relief. Crawford appears in a rather 1960s suit with narrow pants but then I suppose any trousers would look narrow on Brod. When he’s finally done for (as we know he must be so no spoiler here) the stunt double who falls off the balcony for him weighs about a third of what Mr. Crawford does and it’s not terribly convincing.

I’m afraid the whole thing is pretty grim. Panhandle wasn’t bad, in a ’48 B-Western kind of way, but this one is certainly not an improvement. 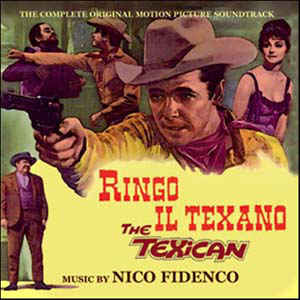