Said to be Corbucci's best work

There’s no such thing as a good spaghetti western. The nearest the genre came to anything close to quality was A Bullet for the General, which managed to scrape up a three-revolver Jeff Arnold rating, and The Great Silence is not as good as that. Still, some spaghettis are less dire than others, and there are certain movies you have to see at least once, even if they are bad: the Dollars trilogy, for example, and a fistful of others. So I did my duty and sat through it. 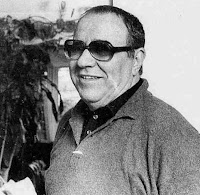 Sergio Corbucci (1926 – 90), pictured left, seems to have had a very bleak view of the world, and, indeed, of the Western movie. In his picture (he both directed and co-wrote it) the few good people are all brutally slain and the bad guys (the vast majority of the characters) get away with murder with nary a qualm. It’s pretty grim, frankly.


It was made in ’68 so maybe it was a Vietnam allegory. Many movies of that period were, or were said to be. The mass-murder in the final scenes is perhaps a My Lai reference (the movie was released in Italy in December 1968; the massacre was carried out in March that year). Who knows? There are also fashionable late-60s themes of class struggle, armed revolution and a corrupt legal and political system. Some of these Italian westerns had quite a left-wing agenda (A Bullet for the General, for one).


It’s supposed to be 1898 in Utah (it was shot in snowy Lazio and the Pyrenees) and bounty hunters, or bounny hunners as they are always referred to on the poorly dubbed soundtrack, are tracking down and murdering outlaws – and anyone who gets in their way – for the reward. The hero has a machine pistol but in every other respect it’s a classic post-Civil War Western in terms of sets, costumes and so on. 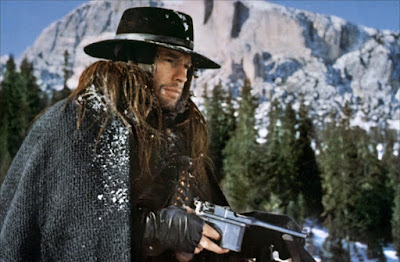 He has a Mauser. He's a crack shot with it, obviously.
There is a ‘hero’ (let’s call him that for simplicity’s sake) who is mute and known as Silence. He is played, in a minimalist way, by Frenchman Jean-Louis Trintignant, in his only Western. M Trintignant must have been pleased that he had no lines to learn. He was rendered dumb as a boy by a bounny hunner who treacherously killed his daddy after promising to spare his life. This killer also shot the man’s wife and mutilated the boy with a knife. So when the child grew up he dedicated his life to silently finding these hunners and shooting off their thumbs with his machine pistol, as one does. 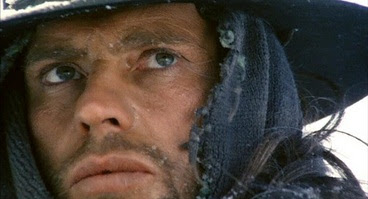 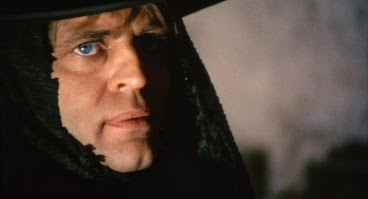 The protagonists, Trintignant and Kinski
The chief villain is Loco, head of the bounny hunners. He is played by Klaus Kinski, from Danzig, who was much more of a Western specialist. In fact he did 24, including A Bullet for the General, though most were crap of the Coffin Full of Dollars type. His blond hair and blue eyes are rather startling.


There’s a sinister storekeeper/JP who hires the killers, or at least supports them, played by another spaghetti regular, Luigi Pistilli (he was in both The Good, the Bad and the Ugly and For a Few Dollars More). Pauline, the nearest we get to a heroine, has had her husband shot down by Loco, will watch her new man suffer the same fate and then will herself be shot to death in the street. It’s not a cheerful tale. Pauline is played by Vonetta McGee, proudly billed as ‘and introducing Vonetta MC Gee’ which makes her sound a bit like a DJ). I’m not sure if it was the bad dubbing or MC Gee's thespian skills that were at fault but… 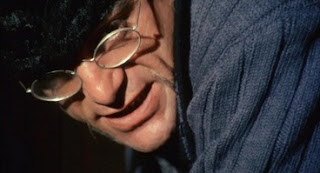 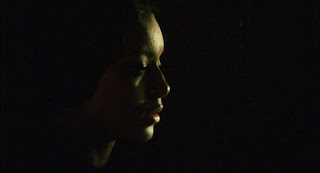 Pistilli and McGee
There’s a Sheriff Burnett (Frank Wolff, a minor actor from California who became quite a success in Europe and who was McBain in Once Upon a Time in the West) who tries to stop the killers but he is murdered like all the other good guys.


On the plus side, some of the Silvano Ippolito cinematography is rather fine, and Ennio Morricone’s music, which I usually find trite, is quite haunting in a modern-classical way. This picture wasn’t the usual spaghetti Westploitation dross; it does have some qualities.


Just not very many.


The final showdown has some interest because we are so used to the wounded hero being warned not to go down to the saloon where the bad guys are waiting to kill him because he can’t possibly win, and then he does, that it comes almost as a refreshing change, or at least a rather bleak surprise, when Silence is casually gunned down by a henchman before he even gets inside and Klaus callously finishes him off so that his quest ends in dismal failure and death. Of course, it’s a spaghetti so we only get to this dénouement after interminable stares and ultra-close-ups of eyes. The whole film is too long at 1 hour 45 minutes and could usefully have been cut by at least half an hour. 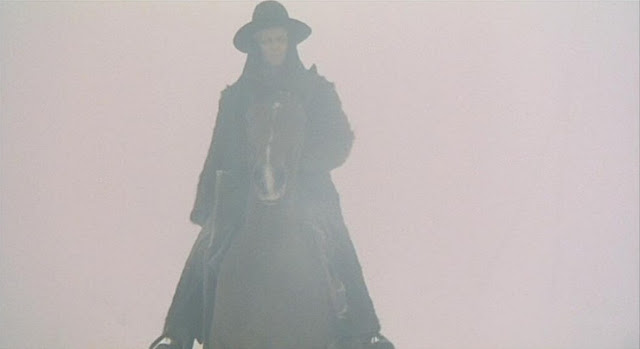 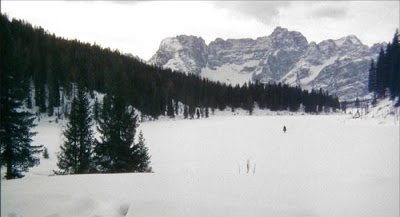 Il Grande Silenzio is a sort of nihilist anti-Western, and if that’s your scene, go for it.