I first reviewed The Big Country back in April 2011 but I saw it again recently and have revised my opinion – upwards. So I thought I‘d return to it here.


I’ve always been a fan of Gregory Peck in Westerns. He brought a certain presence to the characters he played, an authority and dignity - even when he was a common gunman, as in The Gunfighter, or a Westerner on a revenge mission, as in The Bravados (both absolutely superb movies). He is particularly good as the Eastern dude who shows a great deal of Western grit in The Big Country.

Peck, a fine Western actor
The best performance, certainly, even better than Peck’s, was by Ives. He won an Oscar for it, and deservedly so. Burl Ives was an outstandingly good actor in the Westerns he did, even when he had a relatively small part, as in Station West, but especially in two splendid pictures, The Big Country and the André De Toth-directed Day of the Outlaw the following year. In The Big Country he is the apparently salty and redneck small rancher Hannassey with no-good white trash sons (notably Chuck Connors, in one of his best-ever roles: a bully and a coward, he will be, in a way, at the heart of the film when his father kills him) but when Hannessey faces off against rich Major Terrill at the grand ball at Terrill's house, it is Hannassey who shows the dignity and decency, and Terrill who comes across as the skunk. Hannassey has his own code of honor, and abides by it. In a way, he is more Western: he talks less but does more, and when it comes down to it, he is in the right and ready to defend it. McKay realizes this and has conflicted loyalties.

Ives's Hannassey, uncharacteristically smiling
As Terrill, Bickford is also superb. He was another of those actors who was notably good in Westerns – you really notice him. Long before The Virginian on TV, from the 1929 talkie Hell’s Heroes, a version of 3 Godfathers also directed by William Wyler, onwards, he was superbly villainous as Lattimer in The Plainsman, brilliant in Duel in the Sun, also with Peck, (where he was the poorer cattleman), noble as Pat Garrett in Four Faces West, tragic as the father who is persuaded that Alan Ladd is his long lost son in Branded, and, especially, vigorous as Zeb Rawlins in The Unforgiven. A really great actor.

Bickford's Terrill, characteristially smirking
Many worked on the script: James R Webb, Sy Bartlett and Robert Wilder (the director’s brother) wrote the screenplay from a Jessamyn West adaptation of the source novel by Donald Hamilton (the Matt Helm guy). Often, too many writers spoil the broth but in this case they get away with it and the story is dramatic but believable, and tension builds very well. Director William Wyler knew a thing or two. He should: he started directing Westerns back in the silent days, did the 1927 version of Straight Shootin’, and, when talkies came along, The Storm in 1930, and the great Judge Roy Bean story The Westerner in 1940. His deft hand is evident in The Big Country, his last Western. 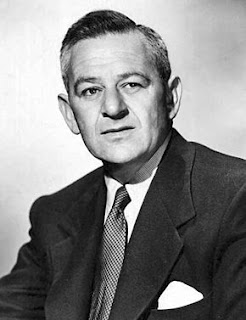 William Wyler
It was big in every sense. Everything about it is on the grand scale. As well as the big stars, top-notch classy director, big budget and 166-minute runtime, it has big sweeping, Red Rock Canyon and Mojave Desert locations photographed in wide-screen color by Franz Planer. It’s big alright. And I like the way that in the dialogue the bigness is constantly referred to in a self-congratulatory way, until Peck’s character is heartily sick of it. As he has navigated the Pacific Ocean, to him it’s just a little patch of land.


1958 was a time when theatrical movies were reeling from the shock of TV. Westerns certainly were migrating from the big to the (then) very small screen. The big studios replied with budget, color (color TV was relatively new), widescreen and scope. In ’56 Wyler had hit the jackpot with the semi-Western Friendly Persuasion, Oscared for best film, and the following year there would be Ben Hur, with, of course, Charlton Heston.


In The Big Country Heston is Terrill’s ranch foreman, who has designs on Pat but who is rebuffed by her. I never liked Heston Westerns myself, except the fine Will Penny, that is. He always comes across as sour. But I must say he handles this part very well.

Heston
Alfonso Bedoya is amusing as ranch hand Ramon. He was often given stereotype roles as comic-relief, English-mangling Mexican and this comes across as demeaning to us now, but in The Big Country he is better than that, and his character is really rather noble – if very much subordinate.


There was also a handful of Peck sons, billed unimaginatively as Boy.


Peck, William and Robert Wyler were producers. You get the feeling that Peck was pursuing his noble agenda of non-violence in the resolving of conflict. If so, good for him. 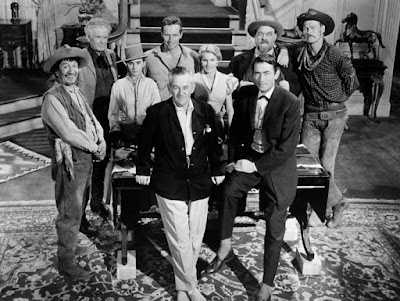 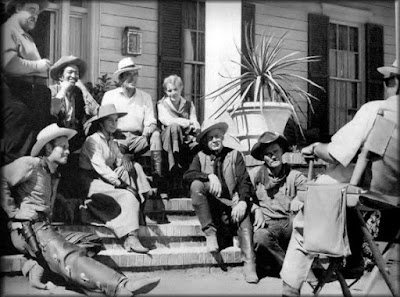 It’s a classic example of how a tried-and-tested plot (let’s call it that rather than threadbare or clichéd) can be done really well. No one would call The Big Country profound but it certainly is highly entertaining and done with gusto.


Oddly, as one expects the long film to accelerate towards the end, it slows down, yet somehow this does not make it drag. The scene where Terrill, deserted by his men and even by his faithful foreman, rides off alone to face Hannassey, but is then rejoined by his men (including Heston) is really powerful. Heston looks back, to check the men are following; but Bickford does not. He knows they will come. It’s one of the great images of the picture.


By 1958 the glory decade of the Western, the 1950s, was beginning to fade. Of the 77 Westerns released in that year (compared with 135 in 1950) I would put Gary Cooper’s Man of the West and Peck’s The Bravados as among the best but it was not an epic year. The Big Country was a confident, as yet unquestioning Western, and it truly belongs in the great decade. Peck, Wyler, Bickford and Ives, it was a great line-up and this picture is worthy of our attention, e-pards, trust me.