Pretty 'B' but worth it for Edgar and Douglas Though really only a minor mid-50s black & white B-Western from Lippert with an unspectacular cast, The Lonesome Trail does have a couple of points in its favor. The title, for one thing. I mean, how Western can you get? I have discoursed elsewhere, here in fact, on the notion of lone and lonesome as a trait in Westerns. In this one a several-time repeated idea is the difference between lone and lonely.


And then my pal Edgar Buchanan figures in it, fourth-billed as wheelchair-bound rancher Dan Wells, who has buckled under pressure from the crooked town boss Hal Brecker (Earle Lyon) to get off his place and let Brecker marry his daughter Pat (Margia Dean). Always reliable and noticeably good even in low-budget second features, Buchanan here manages subtly to convey shame at what he has done, and then true Western grit when he finally decides to do something about it. It’s once again a fine performance. 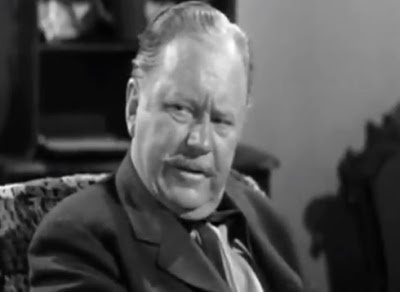 Edgar, a quality performance as ever
Top-billed was Wayne Morris, in a curiously small part as Dandy, the saloon barman. Tall, blond Morris was a successful juvenile actor whose career had, however, declined after World War II. He spent much of the 50s in low-budget Westerns. He would be fine in Stanley Kubrick’s Paths of Glory in ’57 and that might have revived his career but a massive heart attack did for him at the age of 45. Westernwise, he was best known for his 1953-54 movie series that began with the Allied Artists’ Star of Texas (1953) with Paul Fix and Frank Ferguson, and ended with Two Guns and a Badge with Morris Ankrum and Robert J Wilke (1954). 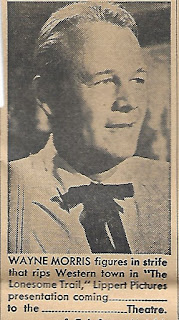 The hero of the story, though, is Johnny Rush, a soldier arrived back from the Apache wars only to find his ranch house burnt out and the land taken over by the slimy Brecker. Rush is played by John Agar. Now, with the best will in the world (and anyone will tell you I have that, hem hem) you couldn’t describe Agar as a charismatic Western lead. He started well, grabbing the limelight by marrying Shirley Temple, getting a contact from David O Selznick and being cast in quite a key part by John Ford in the great Fort Apache in 1948 (though Ford, who took a dislike to him and bullied him unmercifully on the set, only billed him twentieth in the cast, behind Hank Worden as ‘Southern recruit’). And Agar returned in the color sequel She Wore a Yellow Ribbon in ’49. But he was only so-so as a deputy in Along the Great Divide with Kirk Douglas in 1951, descended to a Republic B-Western with Rod Cameron in ’52, Woman of the North Country, and by ’55 he had slid further, to Lippert. He did revive a bit, leading a Western in ’56, Star in the Dust, but he was pretty unspectacular in that, totally overshadowed by Richard Boone as the villain, and in the late 50s and 60s he was taking ‘guest star’ parts in Western TV shows. He’s OK as the hero in The Lonesome Trail, I guess, though he doesn’t really manage the lonesome part at all. 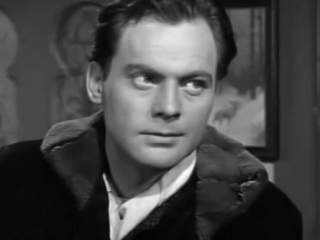 Agar is the hero Johnny
Margia Dean is Buchanan’s daughter Pat, promised to bad-guy Brecker but really in love with Johnny, of course. I don’t want to be ungallant but she does come across as a bit spinsterish, though I’m probably not allowed to say that these days. Dean did quite a few Westerns, being female lead in a couple, but honestly, she was a bit in the Agar class. I’m sure they were made for each other.


The best actor apart from Edgar is good old Douglas Fowley, splendid as Crazy Charley, the old-timer friend of Johnny. Fowley was in fact only in his early forties but he quite often did old-timer parts, and very well too. He teaches Johnny (whose mother was Apache) to use a bow and arrow. A Brecker henchman has shot him in the right shoulder, you see, and he can’t go in for quick-draw anymore, but curiously he can draw a bow. 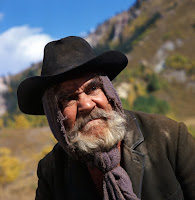 As old-timer in another picture
Brecker, who obviously has a mustache and wears a suit, required uniform for villains who want to take over the whole valley, is played by Earle Lyon, who with director Richard Bartlett produced the picture. He appeared as an actor in half a dozen oaters. He reminds me very much of George Orwell. But I don’t think it was deliberate. Bartlett did mostly TV work but he did direct half a dozen big-screen B-Westerns, a couple with Jock Mahoney. 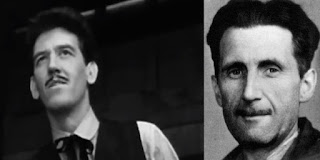 George Orwell                      Earle Lyon
The screenplay was by Ian MacDonald, another producer, who plays (unconvincingly) the part of the Apache chief who helps out Charley and Johnny, so he was quite busy on the picture one way and another.


The inevitable showdown is mildly interesting as the hero takes on the gunmen with his bow and arrow.


Well, it’s never going to set the prairie alight but it’s a perfectly watchable B, if you’re not too demanding, and you will enjoy Buchanan and Fowley.