While 1953 was giving us mighty examples of our great genre, the likes of Paramount's Shane, Warner Bros' Hondo or MGM's The Naked Spur, the humble B-Western trotted on undisturbed. One such was an Allied Artists picture produced by Walter Wanger (left), no less, though Fort Vengeance is no Stagecoach.


Actually, to the purists, Fort Vengeance isn’t a Western at all because it’s another tale of how the Mountie got his man (in this case his brother). Soldiers in red tunics don’t cut it for the true Westernista, though Tyrone Power had tried it in Pony Soldier, Alan Ladd in Saskatchewan, even Gary Cooper in North West Mounted Police, not to mention Bob Steele in Northwest Trail. Of course these ‘Canadas’ were usually shot in California or Arizona, and Fort Vengeance is no exception, giving us the well-known forests, mountains and adobe buildings Saskatchewan is so famous for.

Fort Vengeance was directed by the old pro Lesley Selander (right), a reliable Western helmsman, and so it's pacey and rattles along.


Hollywood loved ‘Fort’ films. On this blog alone we have reviewed Fort Apache, Fort Bowie, Fort Defiance, Fort Dobbs, Fort Invincible, Fort Laramie, Fort Massacre, Fort Ti, Fort Worth and Fort Yuma, and I may have forgotten some. These forts were usually what I call toy ones, wooden stockades, often filmed at Kanab, Utah (till it burned down). Fort Vengeance has the most perfunctory ‘fort’ set you ever saw, with about three logs either side of a gate. Well, budget was tight. 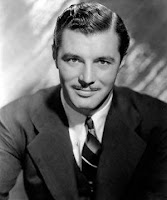 It stars James Craig (left) as Dick Ross. Now James Craig was not one of the brightest stars in the Hollywood firmament. He was an MGM contract player in the 40s, a sort of poor man’s Clark Gable. Considering that as far as Westerns go Gable was a poor man’s everyone else, that’s not much of an accolade. Craig did lead in a dozen or so Westerns, all Bs. He had some form as a Mountie, having starred in Northwest Rangers in 1942 (Hollywood producers loved Rangers almost as much as they loved Forts).


His ne’er-do-well brother, the no-account Carey Ross, is played by Keith Larsen (below), Brave Eagle on TV. We know he will be crooked in the plot and die badly, and he duly does. 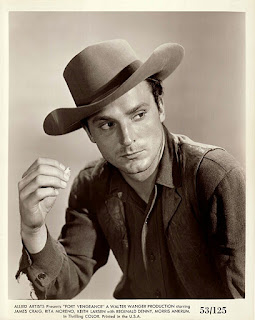 It’s set in 1876. We know this because a line of the dialogue tells us that Custer has been killed at Little Bighorn “a few weeks ago.” In this version of ‘history’ Sitting Bull (Michael Granger, in his second Western of six) raced for the Canadian border with his braves right after the battle, where he immediately started stirring up trouble, trying to persuade the peaceable Blackfoot under sage Chief Morris Ankrum that the redcoats are just as perfidious as the bluecoats and the warpath is the only answer. 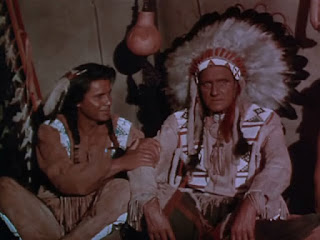 Statesmanlike Chief Ankrum
This Bull is an out-and-out bad guy. He lies, and he orders his braves to attack Canadian wagon trains (I didn’t know they had those) and kill Canadian farmers’ wives so that the NWMP will intervene and Chief Ankrum will be obliged to take up the tomahawk with his red brothers. As you know, it didn’t quite happen like that. 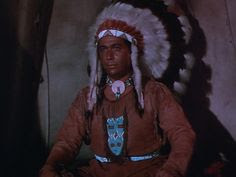 Sitting Bull the bad guy
Rita Moreno has a rather perfunctory part as the daughter of a trader (Emory Parnell) and she dances for the Mounties at the trading post. She doesn’t get to say much but she does flash her legs about. I don’t quite know why an ‘Irish’ trader (well, I think Parnell’s accent was supposed to be Irish) should have a Puerto Rican daughter but hell, why not? This was only Rita’s second Western and she didn’t do many, though another, The Yellow Tomahawk, was also a Lesley Selander picture. 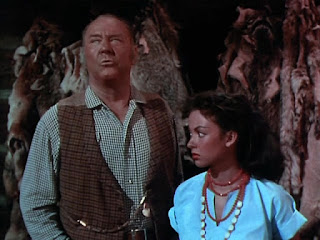 Rita with her dad
The Mountie colonel (they call them Inspectors up there) is fightfully, frightfully English, played by Reginal Denny, from Surrey, who would be the dastardly Sir Harry in Cat Ballou. 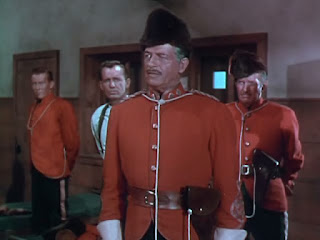 
It’s all in a quite nice Cinecolor, in Corrigan Ranch, Simi Valley locations. Selander was good at action so there’s a fair bit of gallopin’ and shootin’. There’s a villainous French-Canadian, Luboc (Peter Camlin), who takes Carey in on his scam, which causes all the trouble. There’s a last-reel brotherly showdown, enabling Chief Ankrum to announce sonorously that “There will be peace!” Phew. The End. 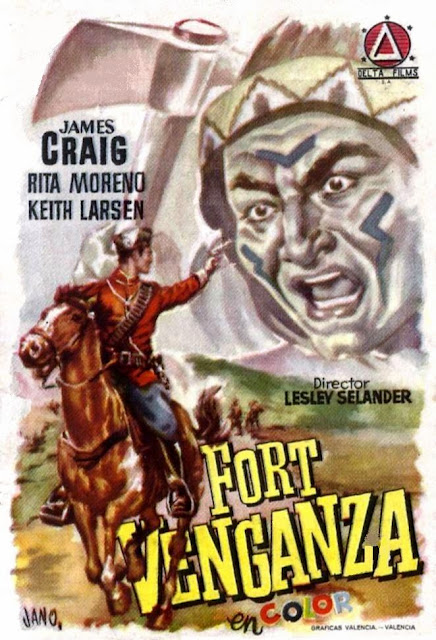