John Sturges? I don't think so.

Chino was a bad sub-spaghetti-western of the early 70s made by Dino De Laurentis, an associate producer of Buffalo Bill and the Indians, A Man Called Sledge and ‘presenter’ (whatever that means) of The Shootist, but also culpable of such trash as The Hills Run Red and Navajo Joe. In common with most of those involved with Chino, he had very little understanding of the Western indeed. 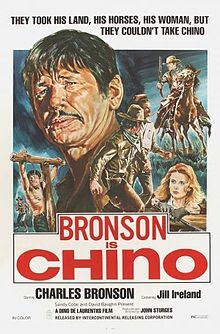 Sturges credited on poster
To be a spaghetti is already shame enough. To produce a sub-spaghetti is somewhere on the awfulness scale of crimes between cannibalism and matricide. It is sub-spaghetti because it has all the spag elements of bad acting, lousy writing, shocking music, crap dubbing, Spanish locations and so on, yet it also tries for a family-friendly vibe. It tries to be a schmaltzy heart-warming tale of a young boy and how he bonds with foals and a discriminated-against rancher. Oh, please.


It is only of moderate interest (not even that, really) because it is supposed to be the last Western of John Sturges. Now Mr. Sturges had directed some so-so Westerns, even some downright lousy ones (I am thinking of Sergeants 3 and The Hallelujah Trail) but he had also been responsible for some very good – even great ones like Bad Day at Black Rock and The Magnificent Seven. What on earth was he doing on the plane to Spain? 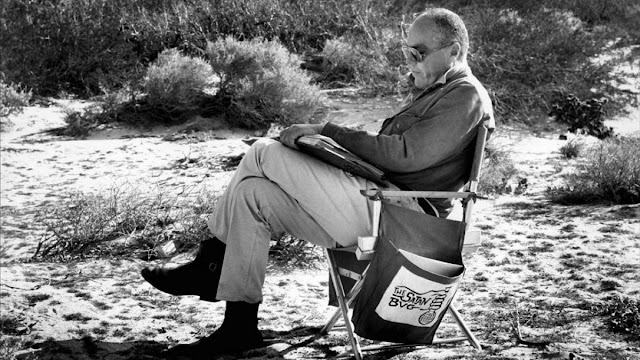 Sturges? Really?
But in fact the Sturges imprimatur is tenuous at best. He fell ill and De Laurentis called in Italian director Duilio Coletti, not even known for spaghettis, let alone proper Westerns. In its European releases, from 1973 (1974 in France), Coletti was the only credited director. In the US release (1976) Sturges was the only named director (more bankable). How much Sturges actually directed is debatable at best – probably close to zero judging by the quality of the movie. Sturges is also listed as co-producer. Don’t know how much producing he did.


It stars Mr. & Mrs. Buchinsky – Charles Bronson and Jill Ireland. Bronson had recently done Chato’s Land (Chato, Chino - tomato, tomino), an even worse ‘Western’ made by British restaurant critic Michael Winner, who had even less feel for the Western than did Mr. De Laurentis. Bronson had had smallish parts in many mainstream American Westerns since Vera Cruz in 1954 but had never really made it (he was always wooden) and had thrown in his lot with the Eurowestern. As part of his contract with De Laurentis he also made The White Buffalo, another bad Western (click the link to see how bad). 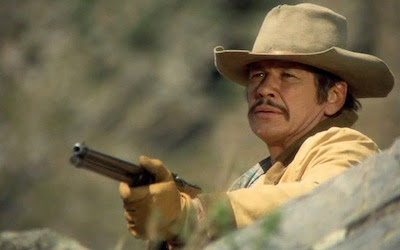 Half-breed rancher toughs it out
Surprisingly, Chino was written by Clair Huffaker, or at least so the credits say. He was a writer of TV Western shows, especially Lawman, who had occasionally done good work for the big screen, such as the very good Flaming Star in 1960 and the entertaining Audie Murphy oater Seven Ways from Sundown the same year. You wouldn’t know it by the dreary script of Chino.


And indeed dreary is the word because large stretches of this wretched movie are plain boring. 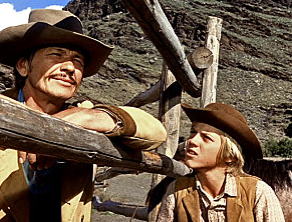 Male bonding
Bronson gets into fights. He loves a big rancher's sister (Ireland), Catherine in the print I saw but she was apparently Louise in Euro-releases. The rancher (Marcel Bozzuffi) hates homesteaders fencing off the open range (or was it the reverse, I forget, some cliché anyway).


The boy (Vincent van Patten) is good enough, as child actors go. Bronson only ever refers to him as Boy, which didn’t seem very polite to me. Ms Ireland goes for an English accent. Well, she was born in London. 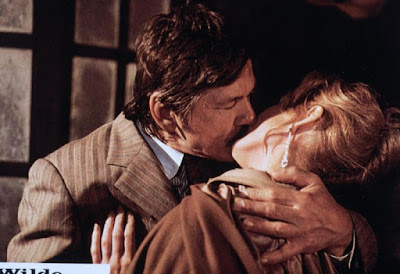 It's lerve
Though the movie is designed as family-friendly the producer/director get the tone wrong with a 1970s glimpse of an Indian woman's bare breasts and a near-rape scene between Bronson and Ireland. Still, Bronson gets in a Christmas tree for the boy and they exchange presents. It’s right about now that you start to think this film is really boring. 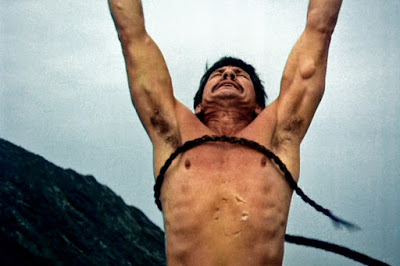 Ouch
The rancher’s henchmen hang Bronson from a rail and whip him. But he toughs it out. As the boy is watching this I was vaguely put in mind of Once Upon a Time in the West, another Bronson Eurowestern. But only vaguely. The bad guys kill the boy’s foal and shoot at the fine wild stallion, so they must be really bad. But don’t worry, Bronson shoots them down in large numbers at the end. Then the boy leaves, Bronson burns his house down and starts to drift. The End.


I’ve put the spoilers in for you so that you won’t have to watch it. I hope you’re properly grateful.