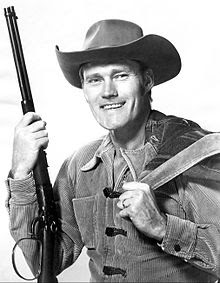 Chuck Connors (left) was better known for his TV work, most notably of course for The Rifleman, which ran for five seasons on ABC, 1958 – 63, though he appeared in many other Western TV shows too. But he did the occasional big-screen oater as well, such as this mid-60s Columbia offering. The same may be said of director Bernard McEveety, well known for shows such as Gunsmoke, The Virginian, The Rebel, Cimarron Strip and so on, who also helmed the odd feature movie (he’d done one with Chuck the year before). He didn’t quite get the bigger picture. His bro Vincent (Firecreek) did a better job.


Ride Beyond Vengeance has a pretty standard (not to say threadbare) revenge plot. Buffalo hunter Jonas Trapp, aka El Tigre (Connors) is riding home to Coldiron, TX when he is set upon by three bad guys who brand him on the chest, steal the $17,000 he had saved in the last eleven years, and leave him for dead. Old-timer Paul Fix (there are other Rifleman cronies too) patches him up and of course once recovered, our hero swears vengeance. 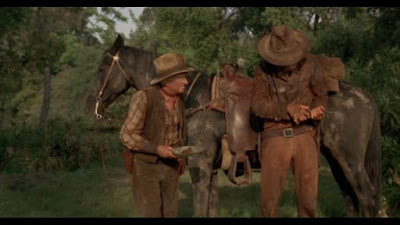 Paul Fixes him up
The villains are fancy-man derringer-wielder Johnsy-Boy (Bill Bixby, well before he achieved Hulkhood), half-crazed ranch foreman Coates (Western vet Claude Akins) and slightly more respectable (though not really) banker Brooks Durham (Michael Rennie). Chuck starts with Johnsy, branding him right back, and the fellow then shoots himself (we are told, not shown). One down and two to go. 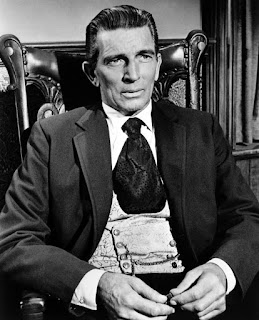 Banker Rennie
Jonas had married Jessie (Kathryn Hays) before leaving but she wouldn’t go with him to hunt buffalo in Kansas (not surprisingly: it’s set in 1894 and I don’t think there were too many buff around by then). Now he comes back and equally unsurprisingly she doesn’t want him. He stinks and anyway, she is engaged (thinking herself a widow) - to none other than banker Durham. 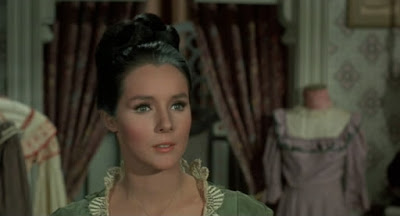 She loves him, she loves him not, she loves him, oh hell, who cares?
Well, the plotline is tried and tested, not to say hackneyed. And it pans out as we might expect for a bit. The only real (minor) interest is whether Chuck will carry through his revenge plans to the end or see the light and spare someone. There are too many minor characters all over the place who confuse the issue. Screenplay author Andrew Fenady (future Chisum writer), who was adapting an Al Dewlen novel, should have pruned them. The likes of Joan Blondell and Gloria Grahame are wasted in parts that are not developed and there are too many sub-plots. 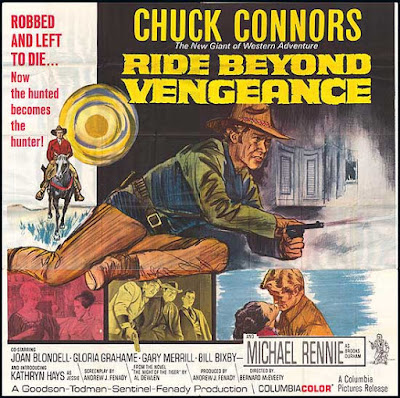 Even the poster was poor
It’s one of those flashback movies. It opens in 1966 in a restaurant with barman Arthur O’Connell (I always think he looks like Frank Ferguson) telling census clerk James MacArthur the story, then the screen goes all blurry, you know how they do, in case we viewers are too dumb to understand it’s a flashback. So we see Chuck being branded and then as he lies there it goes blurry once again and we get a flashfurtherback to his courting of Jessie. Then it's fast forward again to 1894. At the end of the story we return to the diner in 1966 and the clerk wondering if it wasn’t all just a tall tale as he drives off. So there’s quite a lot of time travel with accompanying blurriness. 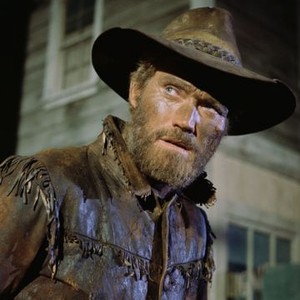 The buffalo hunter returns
Jonas is kind to his horse and strokes a cat while Johnsy has been cruel to the poor puss. You don’t need to be Umberto Eco to read the semiotics. All in all, though, Chuck is hardly the vengeful Tiger he is supposed to be, being too Lucas McCainish to convince. 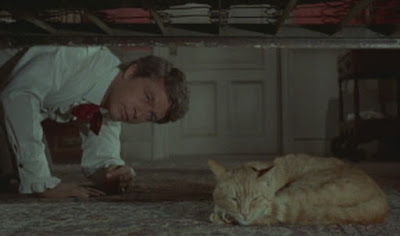 Bixby is Hulkishly mean to cat... 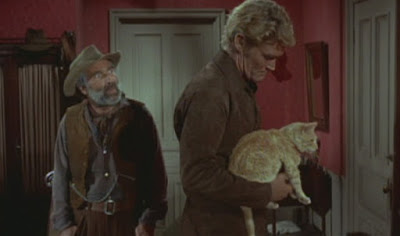 ...while Tiger Chuck is much nicer (that's his adopted dad advising him on the left)
The saloon brawl is quite good and creates a satisfactory amount of damage.


Though it seems pretty mild these days, it was all quite violent for the time, in a fashionable mid-60s way that foreshadowed spaghettism, but the trouble is that there isn’t much conviction in the cast. They appear to be going through the motions. Only Akins comes alive a bit later on when he becomes a drunk and slightly crazy, constantly talking to an imaginary friend whom he calls Whiskey Man, but he then goes to the other extreme, hamming it up. 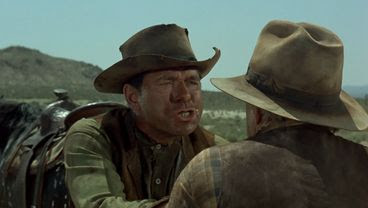 Claude overdoes it
There are too many unconvincing studio shots and almost no location shooting.


It got lousy reviews at the time and I fear it hasn’t improved with age. If you skip it, dear e-pards, you won’t have missed much. 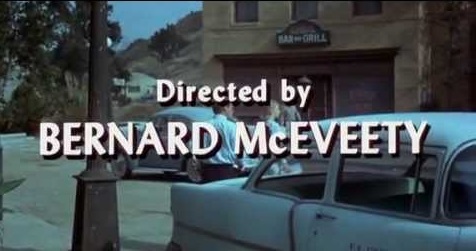