By the late 1970s the Western movie was in sharp decline. The biggest box-office hits of ’78 were Grease, Animal House and Superman. There wasn’t much room for Westerns. The top-grossing big-screen Western was Goin’ South, 75th. Next was Buffalo Rider, 172nd. You see? It wasn’t a vintage year for Westerns.


Jack Nicholson made appearances on a few Western TV shows – an episode each of Tales of Wells Fargo, Bronco and The Guns of Will Sonnett – and he was fifth billed in the one-hour Western The Broken Land (1962), appeared in two Westerns in 1966 directed by Monte Hellman, first with Warren Oates in The Shooting and then with Cameron Mitchell in Ride in the Whirlwind, and most famously he co-starred with Marlon Brando in the (disappointing) Arthur Penn-directed The Missouri Breaks in 1976. I won’t say he overacted in that one. Let’s just say he made the most of it. Goin’ South was his last Western, and as he directed it and starred in it, it was very much his project. 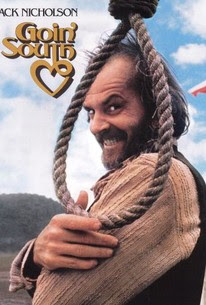 From the chirpy music under the intro titles, and the names John Belushi (hamming it up as a Mexican deputy) and Danny De Vito (outlaw) in the cast, we deduce we are in for a comedy Western. Now comedy Westerns are not easy to pull off. The very best of them are sublime (the likes of the 1925 Go West, or Way Out West or Blazing Saddles) but it’s not easy to do. There’s always the slight whiff of the sacrilegious about the genre. And of course bad ones are absolutely dire, worse almost than any other kind of movie. Watch The Frisco Kid and you’ll see what I mean. Or rather, don’t watch it. Please, don’t. 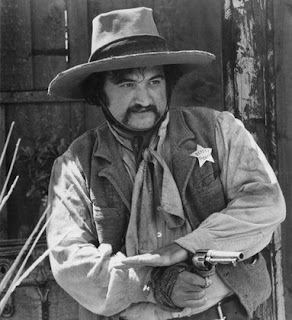 He was obviously having fun
Actually, the music turns out to be a strong point of the picture. It’s done by the excellent Van Dyke Parks and it ends with a great piece by Ry Cooder.


It’s Texas, 1866 (though obviously the clothes and guns are all standard 1870s/80s Western equipment). Henry Moon (Nicholson) is running from a posse led by well pre-Back to the Future Christopher Lloyd (rather good, actually, as a sadistic deputy). Moon is a ne’er-do-well who says he rode with Quantrill’s Raiders (actually he was their cook) but was turned down as member of the Younger gang. The posse catch him, take him back to town and prepare to string him up for horse stealing. 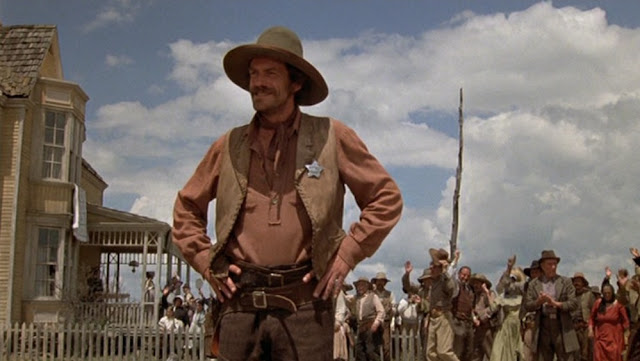 Lloyd rather good
But there’s a town ordinance which declares that if any property-holding woman claims such a felon he may marry her and be spared the rope. This plot device had actually been used before, in the Guy Madison B-Western Bullwhip in 1958. Guy too tied the knot to avoid the other kind of knot being tied round his neck. In Goin’ South someone says that the ancient Romans had this custom. I don’t know if that’s true, or if any communities in the post-Civil War US adopted it. But it makes a colorful beginning to a movie. 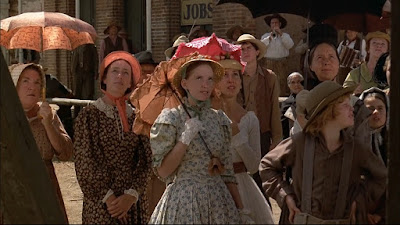 The ladies size him up
Henry is claimed by Julia Tate (Mary Steenburgen on her debut). As she is young and pretty, and he will not now hang (hangman Ed Begley looks disappointed) you may imagine his delight. However, it is soon evident that she has claimed him simply to work her mine. She has no intention of indulging in any marital relations. 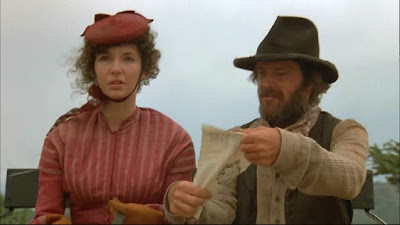 He strikes lucky
Then – rather unlikely, I must admit – they strike gold in the Texas mine. And the plot develops fast from there on. Henry’s old gang (which includes DeVito) turn up and get wind of the gold. The wicked railroad boss (Gerald H Reynolds) is scheming to drive Julia off her land. And of course Julia and Henry fall for each other, eventually.


The whole things has some charm, I guess. It’s not a total dud. There’s a lot of slapstick and Nicholson overacts but there are some nice Durango, Mexico locations and you can while away an hour and a half with it and not die of boredom. 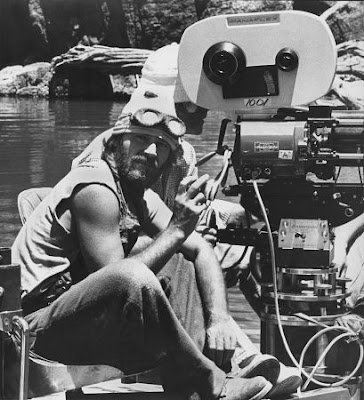