Burt blows his own horn

That's enough 1930s John Wayne B-Westerns for a bit. Like General MacArthur, though, I shall return. But today, Burt.

The Kentuckian (not to be confused with Republic’s 1949 Wayne effort The Fighting Kentuckian) was Burt Lancaster’s first full movie as director. It was not liked by the critics (with some justification) and Lancaster didn’t direct another for nearly twenty years (The Midnight Man in 1974). Lancaster had a mixed record as an actor in Westerns: he did some fine ones, such as Valdez is Coming, Ulzana’s Raid and, especially, The Unforgiven, but he was also in some real junkers like Lawman, The Scalphunters or the perfectly dreadful The Hallelujah Trail. As a director, though, he made a good actor.

Widescreen
He’d always been ‘busy’ on the set. Gary Cooper related how, down in Mexico shooting Vera Cruz (an overblown potboiler) Burt was always wanting rewrites of his lines, suggesting camera angles and so on. It was inevitable that he would try his hand at directing. And his company, Hecht-Lancaster Productions, was behind The Kentuckian, so he and Harold Hecht were co-producers.


It was quite a big-budget affair, in Technicolor and CinemaScope. Ernest Lazlo (who had worked with Lancaster on Vera Cruz and Apache the year before) was at the camera. Music (rather too sugary music, actually) was by Bernard Herrmann, and AB Guthrie Jr. wrote the screenplay, from the 1953 Felix Holt novel The Gabriel Horn. It was shot in handsome Kentucky locations, at the Cumberland Falls State Park, the Levi Jackson State Park and at Owensboro. And it came in at a hefty 104 minutes. 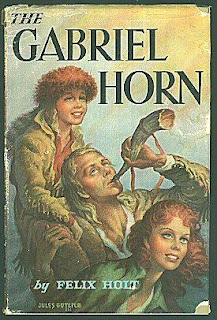 Source novel
The cast was quite strong, Lancaster himself in the lead, of course, with John McIntire as his brother, Walter Matthau on debut as the chief villain, and John Carradine, Rhys Williams, Will Wright, James Griffith and Glenn Strange in character parts.


It’s basically the story of the relationship between footloose Kentuckian Elias Wakefield and his young son Little Eli. Lancaster had first cast Shane-boy Brandon de Wilde in that part but had to settle for Donald MacDonald, in his only big role. The lad was adequate; you can't blame children for not being great actors. There is one moment in the movie when he really comes alive, though: when he is incarcerated in a stifling schoolroom and suddenly hears the whistle of the steamboat. His face is a real picture.

The buckskin-clad pair are bound for Texas. It’s 1820 and Texas is promoted as the promised land, flowing with milk, honey and heaven only knows what else. They are hunters and they have itchy feet. Symbols of the free spirit that inhabits them are their dog Faro (played by himself, rather a splendid mutt, actually) and the hunting horn that summons the hound, the horn of the novel’s title, which the young boy cannot yet blow. When he does, it will be a sign that he has come of age. 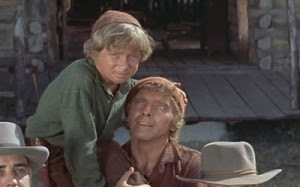 Father and son
They plan to stop at brother Zack’s on the way, and they do, but tobacco merchant Zack (McIntire) and his wife Sophie (Una Merkel) are rather staid and conventional figures, and it doesn’t go well. Aunt Sophie ties Faro up, a rather obvious symbol of the boy’s semi-imprisonment in starched clothes and the schoolroom. The bourgeois disapproval of the aunt is exacerbated by the fact that Eli and the boy are accompanied by Hannah (Dianne Bolen), a bondservant whom Big Eli has paid to free. Enter the prim spinet-playing schoolma’am Susie Spann (Diana Lynn), who sets her cap at Big Eli and joins in the attempts to tame him. Hannah isn’t jealous, exactly; she feels she hasn’t the right to be; but she sure has mixed feelings towards the teacher.

Hannah's rival, the prim schoolma'am
So the story rather descends into soap opera, I fear. Luckily, the Wakefields had been involved in a long-running feud back home and two members of the rival Frome family are on Big Eli’s trail. This adds danger to the plot, especially as the Frome brothers are probably the best actors on the set, Douglas Spencer and Paul Wexler, excellently malevolent and menacing. 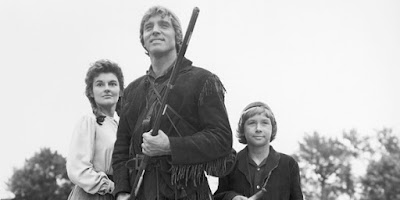 Will they get to Texas?
A rival for the acting laurels is John Litel as a Buffalo Bill-like Texas promoter, the splendidly named Pleasant Tuesday, who sizes Big Eli up as the man to lead his expedition. Litel was rarely better. He usually played a tough police captain or hard-nosed DA but he did quite a few Westerns, especially those Errol Flynn ones. 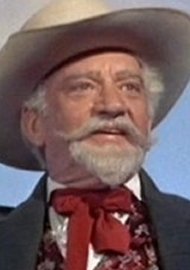 Litel very good
Matthau did a good job as the villainous saloon-keeper Bodine, expert with a whip, and there is an inevitable and rather brutal fight between Matthau and Lancaster, which, unsurprisingly, Burt wins. It’s interesting how often men with names ending in –ine or –een are baddies. 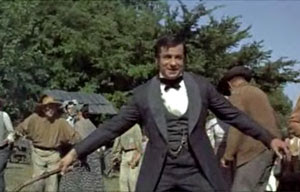 Walter wields the whip
Glenn Strange the Great is another whipmeister, Carradine is a prolix charlatan, Griffith is a gambler on the riverboat. It’s an impressive sternwheeler, this riverboat. Will Wright has an unaccustomed part as a nasty type, another saloon man who slaps Hannah across the face for giving food to the child.

Impressive
Will Big Eli settle down with the schoolmistress and must Little Eli suffer haircuts and bowties, and Faro be consigned to a life chained in the yard? Or will the Elis and Hannah, accompanied by the free-roaming canine, set off for Texas after all? Ah, that would be telling. 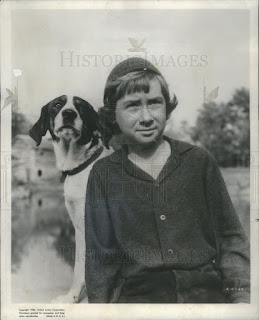 Faro playing to the camera
But you may be able to guess.


It isn’t bad, this film. Not bad. It isn’t very good either, mind, and I’m not sure I’d splash out on a DVD if I were you, not unless you are a dyed-in-the-wool Burtista. But you could certainly watch it if it comes on TV, and if you don’t expect too much you’ll while away an agreeable hundred minutes (it should probably have been cut by a reel, though). It does have a sort of Little House on the Prairie vibe, not a terribly good thing in my book. It’s a sort of ‘family Western’, I fear. Still, it’s sincere, and it does have some charm. It just gets up to three revolvers for the character actors. Especially Faro.