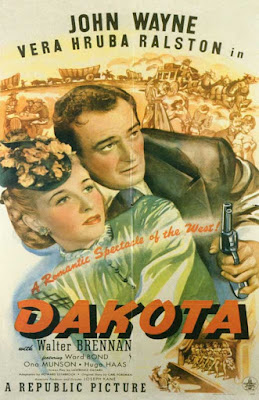 By the end of the Second World War John Wayne’s star had risen, and he was well known, especially of course for his war movies and Westerns. He was turning out pictures for Republic and after the lurid Flame of Barbary Coast in May of 1945 came Dakota in December, a sort of sub-Edna Ferber saga (and Ferber herself was already a bit sub) in which Wayne had the misfortune to be saddled with Republic boss Herb Yates’s mistress Vera Hruba Ralston as leading lady. Ms. Ralston was neither attractive nor talented, and her middle-European accent was what many would have described as thick.


Still, Duke did get some of his cronies in the cast. Walter Brennan was third billed, in a broadly comic part as the riverboat owner Captain Bounce (I say broadly comic to avoid the word ham), Ward Bond came next on the cast list as the villain – a rather good performance, actually – and the likes of Paul Fix and Grant Withers bring up the rear.


It is 1870, and “Those were post-war days too,” the intro screen tells us. It starts unpromisingly with John Devlin (Wayne) in a top hat riding a carriage in Chicago before eloping with Sandy (Ralston), the daughter of railroad magnate Marko Poli (Hugo Haas, also overacting). Devlin wants to go to California and use the $20,000 his new wife has just stolen from her pa to set up a saloon in the goldfields but she is determined to go to Fargo, North Dakota because her pappy’s railroad is about to build there and she thinks they can buy up land before anyone finds out and make a killing. Morality isn't really her strong suit. 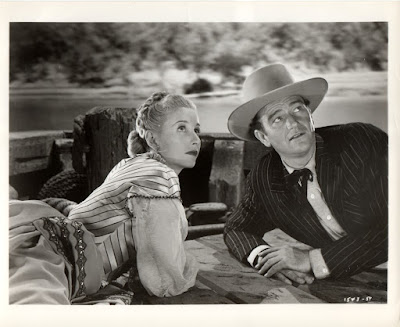 Tame rom-com
Once there (and it’s Brennan’s riverboat that gets them there) they discover that Jim Bender (Bond), a crooked local boss, already knows about the railroad and so their scheme founders. In fact Bender sends two thugs (one is Withers) out to the boat to rob the couple of their twenty grand. 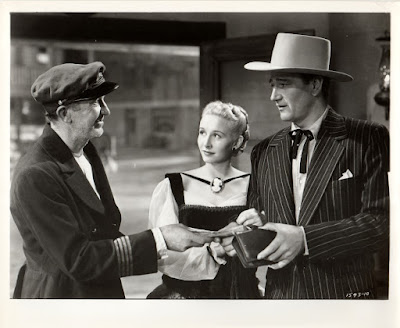 Capt. Brennan gets them there (just)
That’s more or less the plot of this tame Western rom-com, and of course Devlin resists, rallies the local farmers and, predictably, bests the villains.


It was directed by Republic hack Joseph Kane, of whom Scott Eyman, in his biography of Wayne, rather unkindy perhaps said that he was “a man who made more than one hundred movies without an interesting shot to be found in any of them.”


One interesting thing, though: it was based on a story by Carl Foreman, a political liberal with whom Wayne would cross swords more than once, and there is almost a Heaven’s Gate ante diem theme to the picture as the farmers on the Great Plains feature Central and Eastern European immigrants (so Ralston fits right in). However, the Lawrence Hazard and Howard Estabrook script is wooden and there are many unfortunate additions, such as the ‘darkie’ humor with Nick Stewart as Nicodemus, Brennan’s bosun. 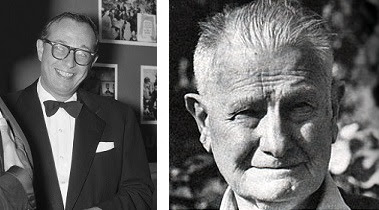 Foreman and Kane
I liked Mike Mazurki as Bigtree Collins, Bender’s henchman whom he appoints marshal. Ukraine-born Mazurki, 6’5” and granite-faced, specialized in hoodlum parts in gangster flicks (who can forget his Moose Malloy in Murder, My Sweet?) but he had an occasional sideline in Westerns (this was his second) and you can see him in Comanche and Alias Jesse James, for example. 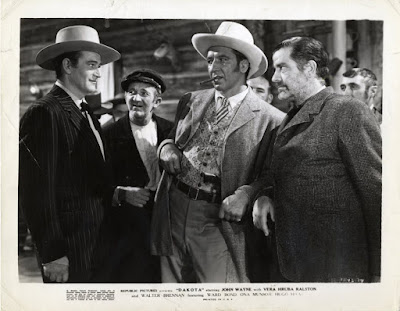 Moose Malloy out West
George Cleveland is also good (as he always was) as one of the farmers, brutally murdered with his wife by Bender’s thugs.


A good half the movie is acted out in front of a process screen. That was Republic for you. Yates was famous for having said, “Some people make dollar cigars. We make nickel cigars. Remember that.” So the aim may have been a sprawling Cimarron-style epic saga but the result was a cheap low-budget junker. 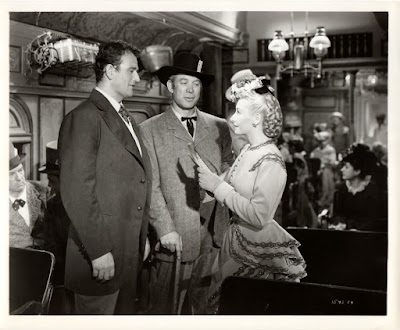 Ward is the bad guy
The main problem is the lack of action, which was the only way to save such a B-Western. Only at the end do we get the wheatfields perfunctorily burning and a couple of stunts where wagons overturn (and even two of those are the same wagon shot from different angles).


Wayne gets to wear his famous cavalry shirt once out in the West (though the effect is ruined by the worst 1940s pants you ever saw). The characters have their guns stuck in their belts. 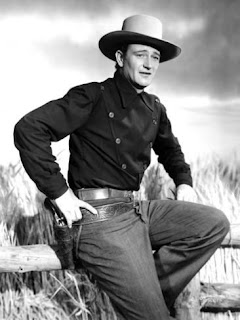 Oh well, Duke was working, I guess, and the great glory days of his starring roles in fine Westerns directed by Howard Hawks and John Ford were only round the corner.