The Raiders, no relation to Universal’s 1952 color outing of the same name set against the 1849 gold rush in California, is a tale of post-Civil War Texans, reduced to penury by a corrupt Reconstruction government (a standard Western plot) and seeking the salvation of the Lone Star state by making a cattle drive up to the railroad in Kansas.

They are led by Brian Keith, who also narrates in voiceover. Keith had debuted, Westernwise, in the unpleasant Charlton Heston movie Arrowhead in 1953 (he was indeed one of the few good things about that picture) and he continued to do quite a few big-screen Westerns, with reasonably big parts in the likes of The Violent Men (1955), The Run of the Arrow and Hell Canyon Outlaws in 1957, and Fort Dobbs in 1958, before starting the same year to head the cast in Villa!! and Sierra Baron. But it was really as a TV cowboy that Keith was known, especially of course for The Westerner in 1960, when as Dave Blassingame with his dog Brown (left) he roamed the West. He does a good job in The Raiders as a tough Confederate, beaten but unbowed, determined to bring better times to his state even if it means breaking (Yankee) law. 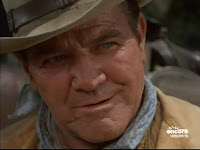 Among his compadres on the drive are Harry Carey Jr. and Paul Birch (right), so that’s good. But it doesn’t go well at all. First Jayhawkers raid the herd, take half of it and kill three of their men. Then the Cherokees demand a dollar a head to pass through their lands, money the Texans simply don’t have, and when they try to turn west and go round, Pawnees attack too and take all the rest of the cattle. Hell, they even kill Paul Birch. Keith realizes that the only thing to do is to get the railroad company to build a spur down into Texas. So he drives the remainder of his men, sans steers, on to Hays City to persuade the authorities to do just that.


Based in Hays and working for the Kansas Pacific RR are Wild Bill Hickok (Robert Culp) and Buffalo Bill Cody (Jim McMullan). I didn’t know Mr. McMullan. He’d been in a few TV Western shows and Sam Peckinpah had screen-tested him for a part in Ride the High Country the year before. He’s OK as Cody, I guess, though nothing special and he certainly doesn’t try to look like Cody at all. He has a hard job fulfilling his railroad contract because though it’s only 1867 the buffalo are hunted almost to extinction. Mr. Culp on the other hand, two years before I Spy, had started leading in the successful Trackdown in 1957 as well as guest-starring on many other TV Western shows, so he was pretty well known by ’63. For both McMullan and Culp this was their first big-screen Western. Culp’s Hickok costume is pretty silly and he also goes for the cynical, wry, urbane approach that became a trademark, which also doesn’t suit the character. 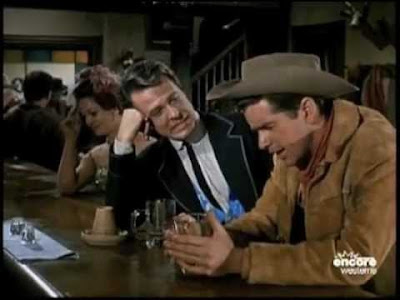 Hickok and Cody
Of course where you have Hickok and Cody, you have to have Calamity Jane Cannary, and she duly appears in the shapely form of Judi Meredith, in the last of only three Western movies she did. It’s rather ironic because at one point in the script Cody advises her to use more make-up to attract Wild Bill. Cody doesn’t appear to have notice that she is already bullwhipping across the plains slathered in the stuff, with especially bright scarlet lipstick. 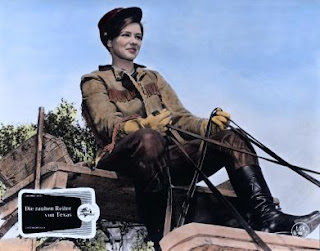 Calamity Jane
All three, Hickok, Cody and Cannary, are absurd caricatures of the reality and, honestly, unworthy of the tradition of those figures on screen. 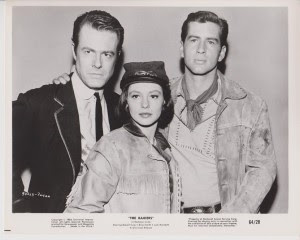 Not very good, I fear
There’s an idiotic pig in command of the Army post (Alfred Ryder) who not only won’t help the impoverished Texans but decides to hunt them down. And the railroad man (good old Addison Richards) won’t help either. He explains lucidly why building a line down to their home is impossible, but the Texans don’t do lucid, and they announce that if the railroad won’t build south, it’s not going to build west either. They will stop it. Hence they become raiders.


It’s all fairly implausible (I toyed with the word preposterous) but that’s Hollywood Westerns for you.


They do have a rather fine train (shots of the Sierra Railroad, Jamestown, California) but a lot of the staging is pretty basic, not to say low-budget. The buffalo hunt is especially phony. The director was Herschel Daugherty, a prolific TV show director who had directed Fess Parker in a movie for Disney in 1958 but whose only second – and last - big-screen Western this was. And in fact the whole show has the air of a made-for-TV Western. 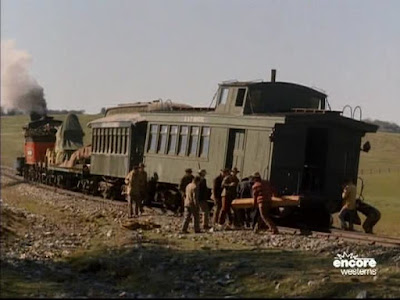 At least they had a train
It all climaxes with the evil Army captain mounting a sneaky camouflaged Gatling gun on a train he knows the raiders are going to hold up, in order to massacre them. When decent sergeant Tremaine (Simon Oakland) refuses to fire, the captain shoots him dead. Cody and Hickok rebel, the captain is put under the arrest, the situation defused and they all live happily ever after. The Texans don’t get a railroad but they find that later and bigger cattle drives do get through to Abilene so all’s well that ends well.


And if you believe all this hokum, you’re a more gullible person than I am, Gunga Din.


Honestly, it’s all pretty low-grade stuff. If it hadn’t been for Keith, Carey and Birch the movie would have been less buoyant that the Titanic. They probably enjoyed it in Oakland.