Funny if you find it funny

Comedy Westerns are OK if you get the joke. Some are hilarious to me (Blazing Saddles, ¡Three Amigos!) and some are even sublime (Way Out West, the 1925 Go West). But I think others fall heavily flat, and A Million Ways to Die is one of those. But what’s funny depends very much on taste, and as Belgian reader Bart said the other day, de gustibus non disputandum est. 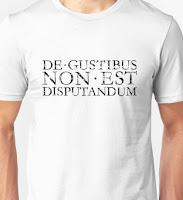 There's no disputanding with that
This one is very much the brainchild of Seth MacFarlane, who directed, produced, wrote and starred in it. Mr. MacFarlane is apparently the man behind Family Guy and American Dad! and he also wrote, directed and starred in Ted, so that may give you an idea. I found the script of A Million Ways rather coarse and somewhat low. It’s college boy humor. But doubtless many viewers will think it outrageously funny. Chacun à son goût (although of course the world would be a much better place if it were à mon goût). 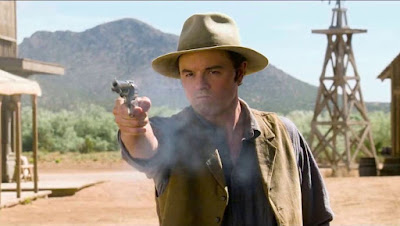 Seth MacFarlane
After spaghetti-ish titles over Monument Valley with an accompaniment of ‘Western’ music, the ‘story’ gets going. The multitudinous paths to mortality of the title are not listed (thank goodness); just a sample half dozen, such as gunshot wounds, hanging, snake bite and the like. It’s Arizona, 1882 though they speak in a very 21st century way. There are also many f-words and other language of a base kind.

There seems to have been a big budget
There’s a sheep on a roof, which makes a change from a cow.


There are several running gags, especially about never smiling in photographs.


Liam Neeson is the bad guy, though it’s little more than a cameo part really. As far as I know it’s only Mr. Neeson’s second Western after Seraphim Falls but he’s actually fairly convincing as a Westerner, inasmuch as the dire script allows. Wes Studi is Cochise (who died in 1874 so I don’t quite know why they set it in ’82). And Christopher Lloyd has a thirty-second appearance as Doc Brown. Ewan McGregor was a cowboy at a fair. Django, in the person of Jamie Foxx, appears in an after-credits PS. So there are at least a few actors I recognized. You may recognize more, of course. There’s a huge cast. 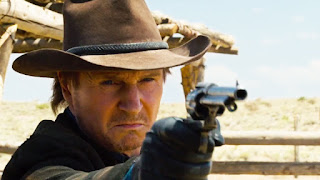 He ought to do more Westerns (proper ones, I mean)
The basic message of the movie is often enunciated and is encapsulated by one character who expresses the opinion that “The West fuckin’ sucks.” Honestly, this movie is long, boring and unfunny. 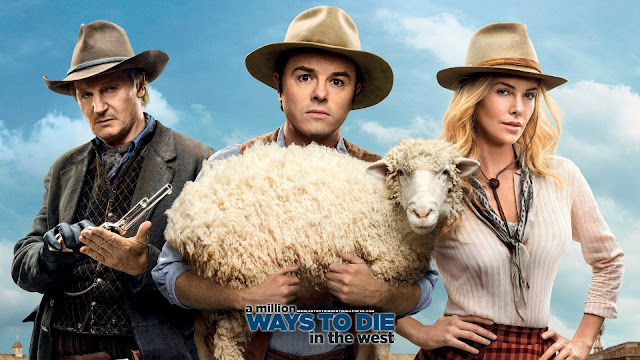