Only a Western by a stretch of the definition, The Mississippi Gambler is a romantic costume-drama which is quite enjoyable in an old-fashioned way. Set mostly among the super-rich of New Orleans in 1844, it tells of elegantly attired gentlemen fighting duels, beautiful spoilt-brat daughters in crinolines, caddish younger sons and fortunes lost at cards on riverboats. The sets and décor are slick and fancy, there’s fine glossy color photography by Irving Glassberg, and the whole thing has the sheen of Universal movies at their best. 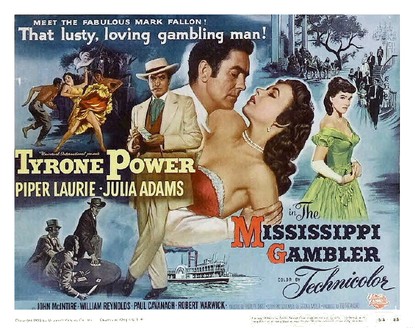 In tone and setting it resembles pictures like The Iron Mistress of the year before and The Gambler from Natchez of the year after. Pre-Civil War stories with swordfighting don’t really cut it as oaters (in this one the only horses seen are pulling carriages) but there are Western touches here and there. For one thing, the hero’s crusty sidekick is John McIntire and he draws a pepperbox pistol from his waistband when a crooked gambler tries it on. 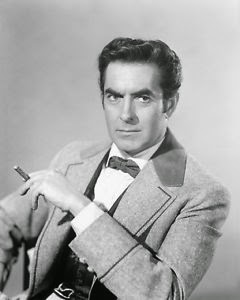 The hero is Tyrone Power (left). Mr. Power was in very few oaters. Notably he was Jesse James for Fox in 1939, and he was excellent in the same studio's underrated Rawhide in 1951 – which showed what a good cowboy he could have been. But these were the only proper Westerns he did. It was surprising, really, because in the 40s and 50s all Hollywood studio stars were expected to climb into the saddle and Power’s dashing looks should have made him right for the role, especially after the success of Jesse James. He did some 'semi-Westerns', Mississippi Gambler among them: he was the star of Brigham Young, Fox’s Henry Hathaway-directed 1940 biopic and he was Zorro that year too. He was a Canadian Mountie in Pony Soldier in 1952. But these were only peripherally Westerns and anyway he usually stuck to historical romances and dramas and the like, and was rarely seen in a Stetson. Pity. 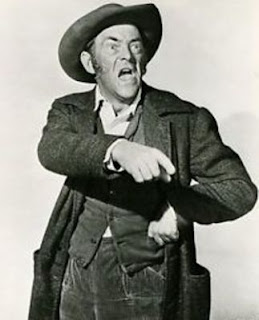 McIntire (right) is always good value, of course, and he makes this picture. The other actors were on the forgettable (or anyway non-Western, which amounts to the same thing) side. The spoilt rich girl is Piper Laurie as Angelique, one of those insufferable Southern belles whom it would have been a mercy to have strangled at birth but who grow up to be petulant and rude and for whom the hero unaccountably falls. ‘The other woman’, the one who truly loves Tyrone but is doomed never to find connubial bliss with him, is Ann (Julie Adams). Ms. Laurie was later to be thrice nominated for an Oscar but in the early 50s was a Universal ingénue who was handed again and again what she called “another silly part in a silly movie”. She didn’t really do Westerns, though she was Rory Calhoun’s leading lady in the excellent Dawn at Socorro and Dana Andrews’s in Smoke Signal. Julie (aka Julia) Adams on the other hand started in cheap Lippert Westerns and was already a veteran of 13 oaters by the time of Mississippi Gambler. She was memorable (to me) in Bend of the River, Horizons West, The Lawless Breed and The Man from the Alamo. In Mississippi Gambler she is loyal and loving and Tyrone made a big mistake opting for the spoilt brat.


Though a riverboat gambler and a priori therefore not socially acceptable in the houses of the gentry, Power’s character is a frightfully good egg and spends most of the movie doing the decent thing. He is thus qualified to win the hand of the heiress in the last reel.


There are obligatory scenes in which what were probably in 1953 still referred to as darkies sing mellifluously and dance exotically. They are quite embarrassing now.

The ensemble was directed by Rudolph Maté (left), a class act who had worked in Europe as cinematographer for Alexander Korda. He came to Hollywood in 1935 and started directing there in 1947, most of his efforts being, however, B-movies. Like fellow Euroexile André De Toth, he liked hard-boiled American crime films and Westerns, and learned from a master by starting as cameraman on The Westerner under William Wyler, before directing Alan Ladd in Branded and Glenn Ford in The Violent Men, among others. Most of his Westerns were OK but not in the top class, I fear.


Anyway, you could have a look at The Mississippi Gambler, if you like that kind of thing. Bosley Crowther in The New York Times probably got it right when he said, “Notwithstanding its costumes, duels, courtly manners, gaming and brawls, ‘The Mississippi Gambler’ is standard stuff. It is romantic adventure of a century ago and it is gone with the wind. And a good thing too.” 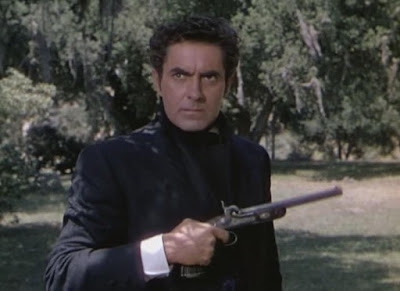 There's something of the Edmond Dantès about him