Straight Shooting is a Western that true fans of the genre ought to see. 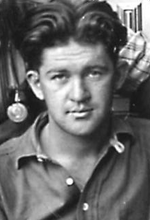 Providentially (if you believe in Providence) John Ford’s first feature is also his earliest surviving complete film, so to understand Ford (left, photographed in 1915), and the Western, you will need to see this. And if you are not a true fan of the genre, why are you reading this blog? I mean, I ask you.


The accepted view is that this picture showed that in Straight Shooting Ford had already developed elements of his great talent. Scott Eyman, in his great biography of Ford (which I shall be reviewing when I have finished it) says, “It looks more like a film from 1922 or 1923 than one from 1917, and, in an art form that moved as torrentially as the movies did in their infancy, that is no small statement.” The movie is certainly a notable early Western and even today it repays a viewing. 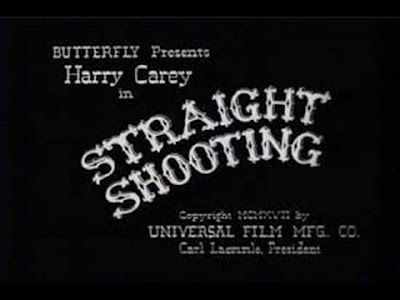 
It’s quite hard work, though. The modern print is pretty degraded and you have to be patient to view it. But it is worth it. You do see the development of the Western in a quite interesting way. 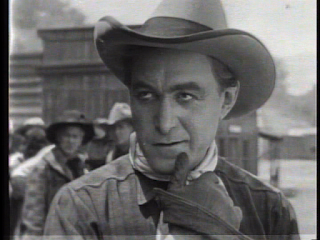 It stars the great Harry Carey (right, making one of his trademark gestures). In 1914, when Jack Ford (as he then was called) arrived from Portland, Maine on the coat tails of his brother Frank, Carl Laemmle’s Universal was a few ratty buildings and a couple of stages amid rolling California hills. In 1915 Laemmle opened the grand Universal City. Still, Laemmle produced cheap bread-and-butter movies for the nickelodeons. Probably the nearest Universal came to a ‘star’ at the period was Henry DeWitt Carey II, born in Harlem in 1878, son of a judge. He drifted into acting, made his first film for DW Griffith in 1908 and by 1915 was at Universal. He was a natural and naturalistic actor who did not have a high opinion of movies. “He never gave them much credence,” his son said. Ford and Carey hit it off and it was Carey who first persuaded Carl Laemmle to use Ford as a director, in 1917. Carey starred in more than twenty films directed by Ford over the next four years, most of them shorts and most of them, sadly, lost. Carey apparently usually played a shambling saddle-tramp type rather than a bold gunfighter. But the movies got attention and the critics began to take notice. 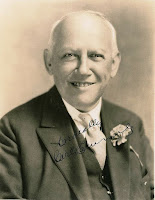 Straight Shooting is a 57-minute feature that Ford and Carey made despite rather than on Laemmle’s instructions. Like most studio bosses at the time, Laemmle (left) wanted shorts, in rapid succession, as they were more cost-effective and profitable, but Ford and Carey made a feature anyway (they pretended their film stock had been ruined so they could get more) and Laemmle accepted it, saying, “If I order a suit of clothes and the fellow gives me an extra pair of pants free, what am I going to do? Throw them back in his face?”


It is a ruthless rancher vs. honest homesteader plot – already very well established in the genre and a story that was to become a staple – and Carey plays wanted outlaw Cheyenne Harry (misspelt on one title card as Cheyeene Harry) who is at first hired as an assassin by evil cattle baron Thunder Flint (Duke Lee) but who, thanks to the redemption of a good woman - another staple - switches sides and fights for right. 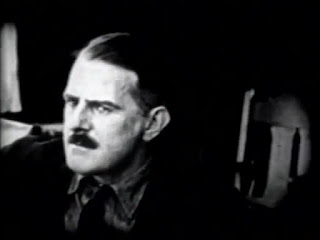 Evil cattle baron Thunder Flint
The woman is homesteader daughter Joan (Molly Malone, whose Irish name must have endeared her to Ford) and she at first seems to be the intended of cowpoke Sam (Hoot Gibson) but, though Sam loves Joan and also fights for her family, even being wounded, he loses out to Cheyenne, poor fellow. In fact Joan is rather faithless. Hoot is very winning and also the best rider in the picture, by the way.


Some of the pacing is poor – there is far too much arriving of people at the saloon, for example – and some of the acting is over-the-top too, notably the homesteader and his daughter grieving over the death of son/brother Ted (Ted Brooks), which is laughably melodramatic. But it must be said that most of the acting, including that of Carey and Gibson, is pretty restrained and naturalistic for the period. 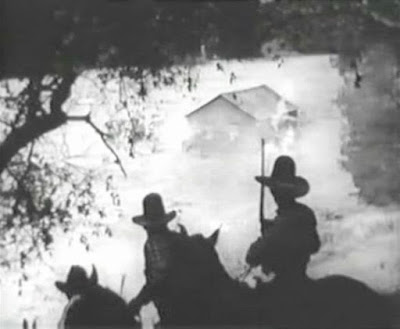 Some classic Ford already to be seen
There is some good location shooting, when Ford and cinematographer George Scott showed their skill, and you can sometimes glimpse the great outdoors through the windows of the interiors. It’s well done. The outlaws’ lair is filmed at Beale’s Cut, Newhall and is dramatic. 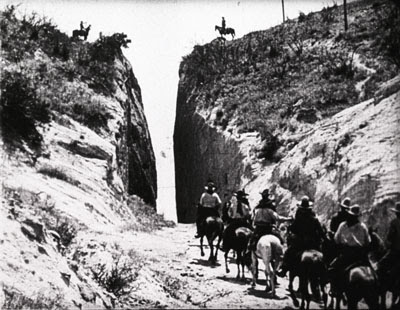 Dramatic
There are various references that silent Western buffs will recognize, such as the settlers barricading themselves in their cabin like The Battle of Elderbush Gulch, or the gathering of the horsemen which recalls The Birth of a Nation (Ford claimed to have been one of the riders in that picture - but then he claimed a lot of things). The walk-down gunfight between Harry and one of the cattlemen is reminiscent of The Virginian (the first film version of which came out in 1914). Straight Shooting also reflects some of the sober austerity and general air of realism of William S Hart pictures of the period, and the badman redeemed by the love of a good woman is a standard Hart ploy, as in, say, Hell's Hinges. 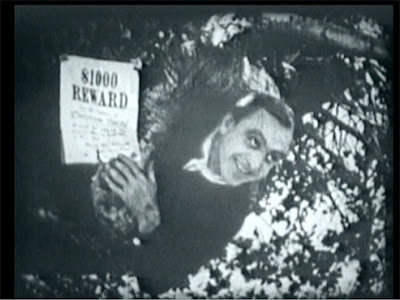 An uncharacteristic comic moment
And Ford fans will also note scenes that foreshadowed later memorable moments. Cheyenne Harry supports the settlers even though he knows they mean the end of his way of life, rather like Wayne’s Tom Doniphon in The Man Who Shot Liberty Valance. Harry’s departure from the cabin and sense of being shut out remind us of Wayne's Ethan in The Searchers (of course Wayne was a huge admirer of Carey and even adopted some of Carey’s poses in homage).


Straight Shooting was a watershed for Ford, and he knew it. He kept the edition of the Universal Weekly which called it “The most wonderful Western picture ever made”. It cemented Carey’s position in the genre and made Ford a man to be watched.