Bel-Air Productions, the company of Howard Koch and Aubrey Schenck, produced quite a few B-Westerns in the 1950s (as well as cheap horror flicks) and they had a penchant for forts. Fort Yuma (also directed by Lesley Selander) and Fort Bowie (directed by Koch), for example, as well as this one. Perhaps it was because they had a lease on the Kanab, UT location and its wooden fort. If you have ever been to the real Fort Laramie you will know that it is, now, a very tranquil and rather beautiful place (in summer, anyway, when I was there) and, like many Western forts, it is an unenclosed set of buildings in brick and stone nestling in green fields in the bend of the tranquil Laramie River. Hollywood thought forts ought all to be wooden structures whose pointy walls Indians tried to scale or burn. Toy forts, I call them. This movie is no exception, and this Fort Laramie is a classic toy fort, which could just as well have been defended by French foreign legionnaires against hostiles on camels. 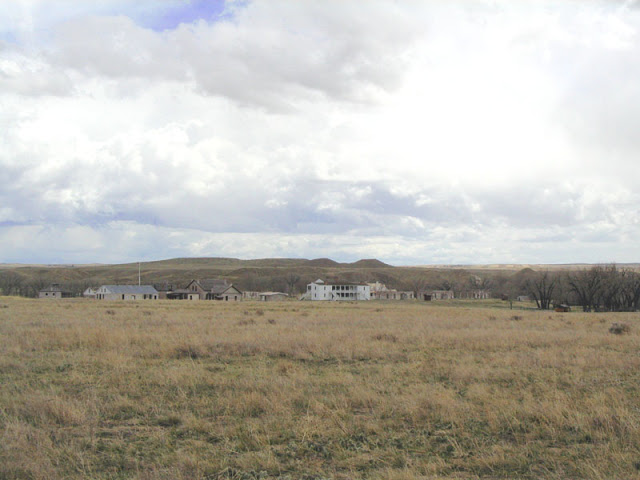 Worth a visit
To be brutally frank, the movie is uninspired. It was directed by Lesley Selander, so it was workmanlike and professional, and the action scenes are good. That was Selander’s way. He was an amazingly prolific director of Westerns, in which he specialized, starting as assistant director on a couple of 1925 Buck Jones silents, learning the trade from Lynn Reynolds, and directing talkie B-Westerns himself from 1936 on. He did a lot of the Hopalong Cassidy pictures in the 30s and 40s, then Bill Elliott, Allan Lane and Tim Holt programmers, occasionally moving (slightly) upmarket to do oaters with George Montgomery, Rory Calhoun or Rod Cameron in the lead. He certainly knew his craft and by the year of Fort Laramie was a very experienced Western hand. 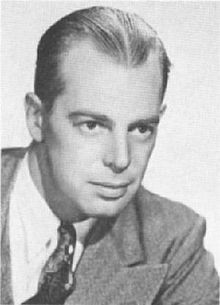 Good old Lesley Selander
But the writing was a bit wooden. In a long career Robert C Dennis wrote relatively few Westerns, and they were all TV shows apart from this single feature.


And apart from the stand-out John Dehner, who is excellent as he always was - inasmuch as the script allows him to be - the rest of the cast was a bit on the bland side. 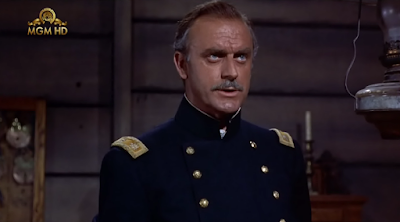 The excellent John Dehner
Cavalry Westerns of this type always had a brave captain, wise in the ways of the West, under the stern by-the-book commandant (often the brave captain was enamored of the commandant’s daughter) and this one is no exception. Major Bradner (Dehner) is in charge of the fort in 1861, trying to deal with the threat of Red Cloud (Eddie Little Sky) and the Sioux while all the time worrying news is reaching them from the distant East that the country is slipping into civil war. Dehner does a good job of being conflicted. He is a Virginian and his heart is with the Confederacy but he has taken an oath and his honor obliges him to, well, hold the fort. However, the captain is Gregg Palmer and with the best will in the world (and you know I have that) he was hardly a convincing Western actor. He did huge numbers of oaters, especially TV ones, and he later became a regular on John Wayne movies but he never really cut it. Half the time you don’t even notice him. 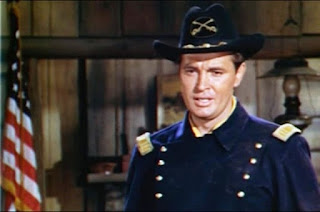 Gregg Palmer. Is it me or is he bland?
Melissa is the commandant’s niece, in fact, rather than daughter, but Capt. Palmer, a Northerner, has set his military cap at her, and Maj. Dehner seems OK with that. She is played by Frances Helm, for a time Mrs. Brian Keith, in her only Western movie. Melissa is plain nasty to Gregg once the war breaks out but comes round when the captain rides out to save her beleaguered uncle. Personally, I would have told her to take a running jump but Capt. Gregg is a softie at heart and takes her back in his arms, sigh.


The revolt in question concerns the division of the garrison into Union or Confederate supporters. The Rebs plan to seize the fort and also the gold which is going to be paid to Red Cloud to keep him off the warpath. The big issue is, will Maj. Dehner join them or will he do his duty as a US Army officer and remain in command at Fort L? Actually, the revolt fizzles because orders arrive saying that any trooper with Confederate sympathies is to be discharged, and so a party of Southerners sets off, sans gold, for Texas (there’s a good bit where some troopers shake hands in farewell while others spit at each other)  – only to be encircled and attacked by a very cross Red Cloud. 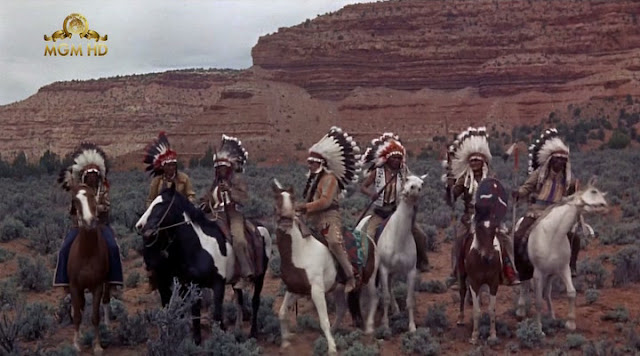 Rather caricature Sioux
There’s an Army scout, Jean Salignac, who is half-Sioux and so there is ambivalence there too. He is played by TV actor Don Gordon, Steve McQueen’s pal, who speeks like thees, wiz a dodgy Franch accson. But he comes through in the end and does the right thing, proving himself a white man.


Harry Dean Stanton is (uncredited) one of the troopers but the rest of the garrison are played by forgettable/unknown actors. They are OK, I guess. There is noble self-sacrifice and eventual bonding of the Yanks and Rebs – they’re all Americans, after all.


The Utah scenery, though red-earthed and very unWyoming, is attractive and nicely photographed in color by DP William Margulies, who had started as cameraman on B-Westerns in 1948 and had a lot of experience. The modern print is good, with only an occasional flaw. Though the Les Baxter music was often very unWestern (but then what is ‘Western’ music?) there was, I thought, a very clever medley of John Brown’s Body and Dixie as the Union and Confederate sympathizers ride out together. And there’s a Casablanca/Dodge City-style singing contest with the same two American tunes as soldiers try to assert the superiority of their preferred anthem from their separate barracks. 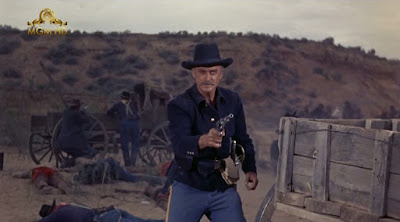 "Circle the wagons!" he shouts, in the best Western tradition
Of course the movie is full of anachronisms, as these B-Westerns tended to be, and though it is 1861 the Indians have Winchester model 1892 rifles and the white men all wear Stetsons. Never mind.


Do by all means watch this film. It’ll be worth it for John Dehner. But don’t expect greatness.