Bob Steele gets his man

North-of-the-border tales of how red-coated Mounties got their man are not really Westerns, even if they are filmed in California and star Bob Steele. But we’ll make an exception for this one. Actually, I also made an exception for North West Mounted Police, Saskatchewan, Pony Soldier, Susannah of the Mounties, Fort Vengeance and Dan Candy’s Law, but we won’t talk about that just at the moment.


Unusually for a Poverty Row B-Western of the period, this one is in color, even if today the Cinecolor is a bit degraded and the print not too hot. But otherwise it’s rather a low-budget affair. Still, it’s a lot of fun. 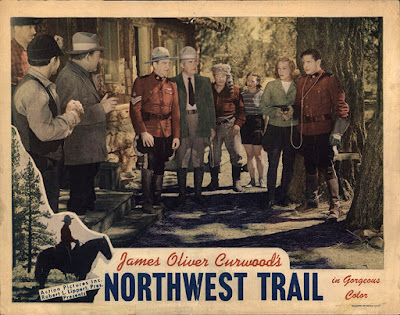 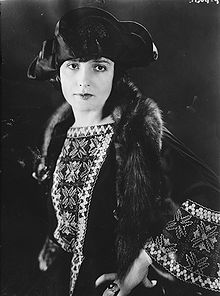 And it’s interesting for another reason: the appearance of Madge Bellamy (left). Now Ms. Bellamy was the big star in Fox’s massive The Iron Horse, directed by John Ford, and as such was pretty famous. She also had the female lead in a silent Western the following year, The Golden Strain and was in Fox’s first talkie in 1928, Mother Knows Best. But she was a notoriously prickly person, always arguing over roles, and when she refused to do a part in a movie expressly bought for her, her contract was terminated and her career crashed. She descended into bit parts in B-movie talkies and by the time of Northwest Trail, her very last picture, she was reduced to playing the slatternly wife of one of the bad guys. How are the mighty fallen! She was rather beautiful in a 1920s way, as you can see from the photograph. But beauty alone is not enough (I know that) and you need brains as well, which in Ms. Bellamy's case were apparently in short supply. 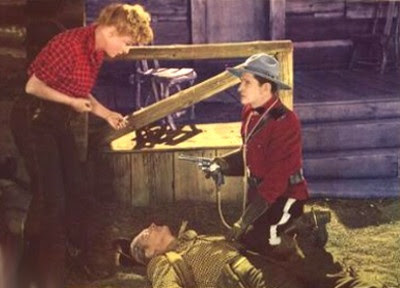 That's Madge Bellamy on the left 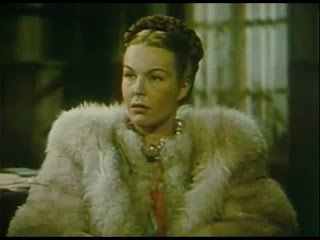 It’s a contemporary Western (another reason purists will discard it) in which Mountie Bob, on a fancy Palomino, comes across a tiresome and rude woman (Joan Woodbury, right, who took roles as an ‘exotic’ woman in various Roy Rogers, Hopalong Cassidy and Johnny Mack Brown oaters) in her stranded convertible, which he politely repairs notwithstanding her facetious and irritating remarks. Then he finds that he is ordered to escort the tiresome dame up to a remote camp. The car is soon left behind, though, and it becomes a straight Western from there on in, with horses, guns and a gang of bad guys illegally mining gold.


Most of the story is set up in a remote settlement which has a ratty saloon (in which Raymond Hatton is the barman, so that's good) and there’s a predictable bad guy in a suit (John Hamilton) with henchmen (various). There’s also a local Mountie sergeant (John Litel) who appears to be very laissez-faire about the evident skullduggery going on.


Bob saves the day and unravels the plot, obviously, and is also saddled in the closing scene with the odious woman as they kiss in the convertible, with the Palomino trotting behind.


Traditional fare. I’ve seen worse. But then I’ve seen a lot better too.