Rex plays it for laughs

There were so many ‘programmer’ Westerns in the 1930s and so many screen cowboys, that it is difficult to remember them all. All the big studios were churning out B-Westerns by the dozen and there was a host of minor outfits too, some of them real two-bit affairs. If we take the year 1935 as a typical example, there were an astonishing 148 Westerns released. William Boyd, Jack Perrin, John Wayne, Gene Autry, Johnny Mack Brown, Ken and Kermit Maynard, Hoot Gibson, Bob Steele, Bill Cody, Tom Tyler, Buck Jones, Tim McCoy, the list goes on and on – you could certainly add to it.


One of the most prolific was strapping Rex Lease, who had first appeared in Tim McCoy silent oaters in the late 1920s and coped with the move to talkies as the decade ended, starring in B-Westerns for Poverty Row studios. In 1935 alone he was in six. He slipped back a bit in the 1940s, playing second fiddle to the likes of Roy Rogers, and later took smaller and smaller parts. He did Western TV shows in the 1950s and altogether in his career made over 160 Western appearances, the last one being an episode of The Life and Legend of Wyatt Earp in 1960. He died in 1966. 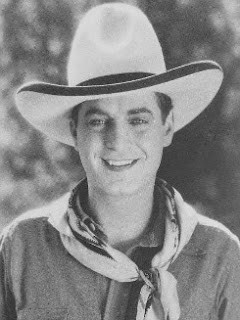 A young Rex Lease
A typical mid-30s Rex Lease offering was Fighting Caballero, a low-budget 60-minute black & white picture made by Weiss Productions in conjunction with Argosy Production Corporation (no relation to John Ford’s Argosy) and released by two outfits, Superior Pictures and First Division. Names like superior and first division were expressly designed to mask the reality… 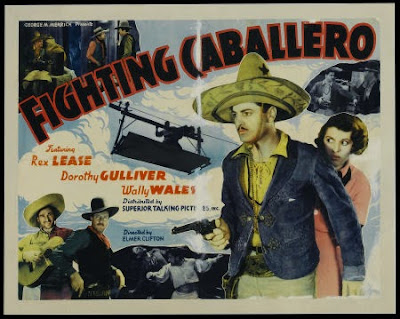 A B-Western. I mean, really B.
To be fair to Rex, he did have a certain flair or panache about him, and he liked hamming it up. He had the ideal opportunity in Fighting Caballero where he plays a Mexican bandit (who isn’t really, of course) and naturally he finally gets the gal. The lady in question is Dorothy Gulliver, who, like Rex, appeared in a great number of Westerns, though her career was in decline (as Rex’s would soon be). She had worked with the likes of Jack Hoxie, Hoot Gibson, John Wayne and Wild Bill Elliott but by 1933 she was reduced to being billed only as ‘Girl’ in King Kong. She was pretty, and she isn’t at all bad (within the very tight limits of a lousy production and script) as an insect collector from back East who is, natch, more than she purports to be. 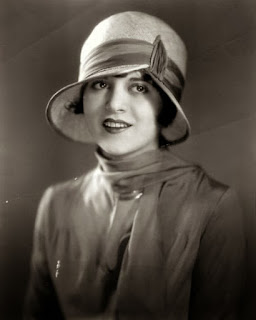 Dorothy in her heyday
It’s set in the 1930s on the Tex-Mex border, though it’s that strange time-warp 1930s that B-Westerns of the period often inhabited where automobiles and people in contemporary dress co-exist with pistol-packin’ cowboys. There are some bad buys counterfeiting US dollars (a very common plot line) and they have to be foiled.


Rex has a singing sidekick, Pedro (the equally unMexican Earl Douglas) and a lot of the plot is played for laughs. Chief comic is old-timer Alkali Potts, played by Milburn Morante (it could have been Fuzzy Knight, Gabby Hayes or any of a number of the type, though the studio probably couldn’t quite afford them). The IMDb bio of Morante tells us that he was “a prolific character actor, both in slapstick farce and as comic relief in westerns, notably as sidekick to Buzz Barton in a series of oaters made between 1926 and 1929. As visual madcap comedy waned with the advent of sound, Milburn confined himself almost exclusively to playing grizzled prospectors, tramps, bartenders and more town drunks than one can throw a whiskey glass at. On occasion, he essayed the odd seedy second string villain and was last gainfully employed in several episodes of The Cisco Kid (1950).” He is quite amusing, actually. 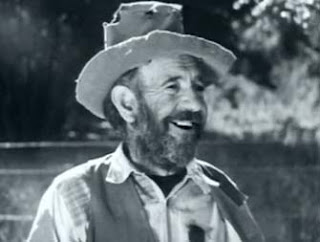 Milburn does the comic relief (again)
One of the baddy henchmen is Hal Taliaferro, who was born in Wyoming and raised on a Montana ranch, knew horses and worked as a wrangler for Universal - so a proper cowboy - breaking into Westerns in the silent 20s under the name Wally Wales. In retirement he became a landscape painter.


Franklyn Farnum (no relation to Dustin or William) is the bartender. Farnum, I’m sure you know, was a famous cowboy lead in the 1920s but with the advent of sound he dropped down the pecking order, ending up, like Rex (and Jack Perrin and many others) doing bit parts in Western TV shows in the 50s. 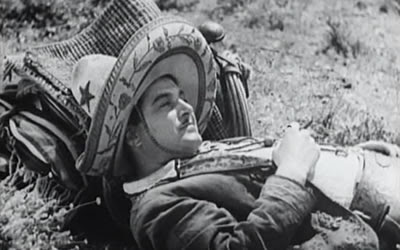 Rex is (pretending to be) Mexican bandido Joaquin
The picture was written and directed by Elmer Clifton (so there’s no one else much to blame). Clifton had worked with DW Griffith and had appeared in The Birth of a Nation (but then, who hadn’t? It’s a bit like The Iron Horse in that respect). He’d been directing since 1917, doing some quite big-budget stuff, but guess what? Yup, his career was on the wane. Well, these Poverty Row studios were where such people washed up. He had been fired by Fox in 1924 after a fatal accident on his set.


I suppose moviegoers watched Fighting Caballero and many like it and smiled briefly before completely forgetting it. Today, we Westernistas can look at these pictures with some affection. Though heaven knows, if you are a discerning cinéaste, do please steer clear. 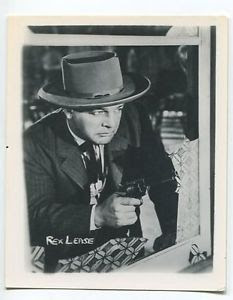