In Lonesome Dove, Gus McCrae says, "Ain't nothing better than ridin' a fine horse into a new country." This, encouragingly, is quoted at the start of Unbranded.

On one level an enjoyable documentary about a Mexico-to-Canada ride undertaken by four young men, Unbranded (currently available on Netflix) also deals with important themes of conservation and land management. 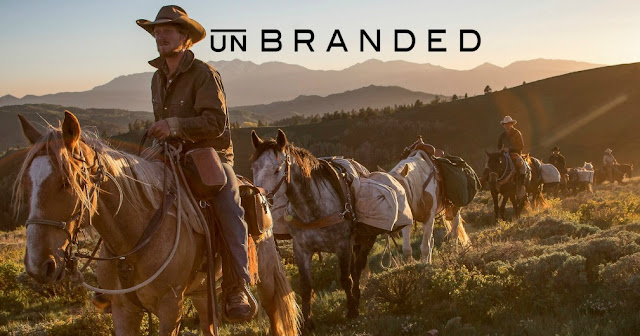 It surprised and pleased me to learn that you can still ride from border to border without leaving public land. It isn’t easy, but it can be done. The film shows four young men, all recent graduates of Texas A & M University, who set out on a 3,000 mile trek, across 5 states, from southern Arizona to northern Montana. They decide to use mustangs. A mustang is not a breed of horse, more a folksy name for the American wild horse, of which there are still a great number running free. It was a three-month process to train these animals and ready them for the rigors of the trail.


The cameraman/director (Phillip Baribeau) who accompanied them is clearly very accomplished, and the resulting film, professionally edited, is visually attractive and even slick. It is definitely an enjoyable watch. 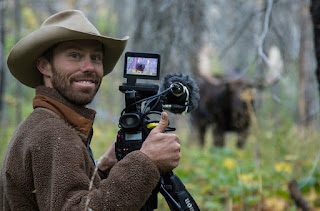 There’s human interest as the four characters become defined and some animosity creeps in along the way. But the horses are the real stars. They really do seem to cope better than domesticated horses might with the difficulties of the terrain. One is hurt and has to be shipped back and another dies in an unexplained accident. But most of the remuda do splendidly well and carry their riders with endurance and agility. 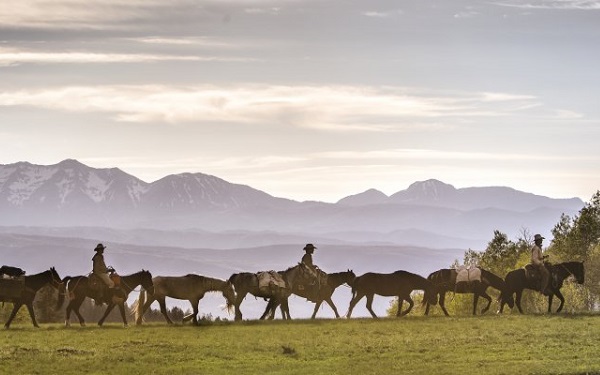 Intercut with the journey narrative is interview footage illustrating the controversy surrounding the wild horses in America. It appears that these beasts have been so successfully protected that their numbers have grown to the point where the land cannot sustain them. On open range estimated to hold graze enough for 20,000 head, there are now closer to 50,000. The Bureau of Land Management (BLM), which administers and manages the land, rounds up horses and pens them ready for adoption, but there are far more mustangs than adopters, so most of the horses are pretty well condemned to life imprisonment. There are vociferous enthusiasts for allowing the horses to run free and multiply at will. There are other voices (cattlemen who want the grass, but also serious conservationists) who call for management of horse numbers. The documentary is very fair, giving both sides airtime. All agree, though, that something needs to be done, and soon.