Blue Blazes Rawden was made in 1917 but not released until 1918. There may have been many reasons for this but it is certainly possible that doubts over its quality were among them. For it is not the greatest of William S Hart Westerns.


A priori, it was a typical Hart picture, produced by the great Thomas Ince, photographed by the talented Joe August and directed by Hart himself. It had all the right ingredients. Furthermore, it used the tried-and-tested formula of a badman redeemed by the love of a good woman. It should have been a ‘classic’ Hart movie. 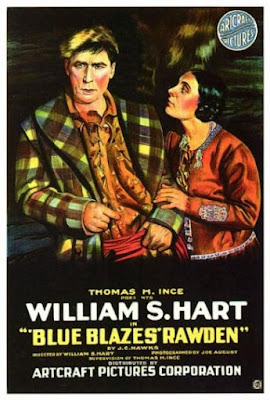 Well, they can't all be good
But it doesn’t quite work. For one thing, there’s a slightly shop-worn feel to it, as if the actors were going through the motions yet again. The picture is in some ways a weak repeat of the great Hell’s Hinges but is also close to being an ‘expanded’ remake of the 1915 Hart/Ince two-reeler Keno Bates, Liar (also known as The Last Card). For another thing, it’s set in Canada, with lumberjacks (or lumber jacks as they are called) as heroes. Hart appears in a perfectly dreadful plaid suit and silly coonskin cap. It’s hardly a Western at all.


And the good woman who shows him the path to righteousness (for most Hart Westerns were sanctimonious affairs) isn’t even a comely maiden, but instead the elderly mother of the man he has shot dead. There’s no romance: Blazes takes a shine to Babette, the “half-caste” wife or mistress of the saloon owner, and wins her in a lethal contest, but he doesn’t love her. In fact his jilting of her, once he has ‘seen the light’, leads to his lonely death. 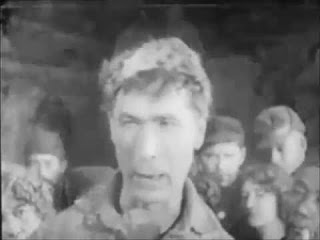 Hart looks rather ridiculous
The saloon ‘lady’ Babette is played by Maude George, more famous for being exotic and dangerous Europeans for Eric von Stroheim. Her husband in the movie (or maybe common law husband) is John ‘Ladyfingers’ Hilgard, a renegade Englishman (who is shown with an absurd cap, mustache, monocle and pipe, to give evidence of his Englishness) played by Hart’s stand-by actor for villainous parts, Robert McKim.

Maude George
‘Poetic’ intertitle caption cards pepper the picture, from the word go. How they loved adjectives after the nouns: we are shown the forest primeval in its garments green. There are voices sad too. Still, the photography is pretty (even seen through the murky glass of the modern print) and the Alpha Home Entertainment DVD has dubbed on some rather classy solo piano music which provides variations on themes such as Dvořák’s New World symphony, Chopin’s funeral march (in the more deathly scenes) and so on.


There’s quite a modern eco-message to the picture as Man, the despoiler brutalizes that good old forest primeval. Blue Blazes Rawden and his cronies chop down mighty redwoods with gusto. They are lumber jacks known as Hell’s Babies, virile, grim men of strong pleasures and strong vices. And none is more virile than Blazes, their leader. His badman credentials are established early when he arrives at the boomtown of Timber Cove, described as a baited trap, and in The Far North saloon he drinks, gambles, dances, fights and womanizes. Yup, he’s a wrong ‘un alright.


There is a pugilistic barman, Joe La Barge, whom Blazes defeats in a fistfight (silent-movie saloon brawls always looked scrappy, even silly affairs) and this is interesting because it was an early appearance of Jack Hoxie, former rodeo star destined to become a leading silent cowboy in the 1920s, credited with over 100 Westerns, though he never successfully made the transition to sound, and retired in 1933. 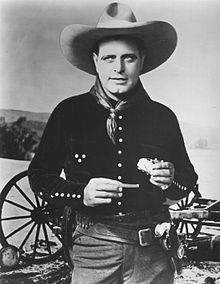 Jack Hoxie
This is the saloon owned by Ladyfingers Hilgard, and Blazes and Ladyfingers immediately dislike each other, for they are both brutes and leaders of brutes, we are told. Ladyfingers plots a low, underhand move, getting an Indian to sneak Blazes’s gun from its holster, take the powder from the cartridges and replace it so that it will be harmless in the fight which Ladyfingers will now provoke – a ploy used also in The Silent Man, another Hart western of 1917.


Well, it doesn’t work, such is the fury of Blazes, the fear of Ladyfingers that makes his gun hand waver, and Rawden’s all-round guts. There is a hand-to-hand tussle, Ladyfingers’s gun is discharged and the saloon owner falls dying to the floor. Rawden has won the whole place, and Babette with it.


So far, so badman-wins-the-game. But you see before passing on to pastures new, Ladyfingers has received a letter from his sainted mama telling him that she and his little brother Eric are on their way from England to the Canadian vastness to visit him. The mother and younger son arrive and Blazes hasn’t the heart to tell them that John (for the soubriquet Ladyfingers can no longer be pronounced) was a skunk of the lowest kind. In fact Blazes has the headboard on the grave changed: where it used to read that ‘Ladyfingers died with his boots on’, it now says that John Hilgard was ‘a good man’. Mama (Gertrude Claire) semi-adopts Blazes as substitute son. He responds by questioning all his former lowdown ways and wondering if he should not reform. 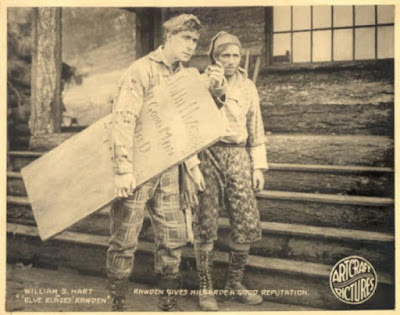 Blazes rehabilitates Ladyfingers with a headboard
He sells the saloon and gives the money to Mother. He decides to leave, alone in the winter. Babette isn’t having that, though. She spills the beans (as we knew she would) about who killed Hilgard, and gives the young bro Eric a pocket pistol (not quite a derringer, unfortunately, but almost). Eric uses it to shoot Blazes. The Hell’s Babies move to lynch Eric there and then in the saloon but Blazes decently prevents them. He staggers out into the snow, mortally wounded. Babette repents and follows him, but he will have none of it and the last we see of him is a lonesome figure staggering into the snowy distance. Fin.


Victorian melodrama at its not very subtle best. Hart overacts, as the whole cast does really, and the whole ensemble is pretty corny. Hart was capable of subtlety, in writing and direction, even in acting, but he doesn’t show much sign of that here. 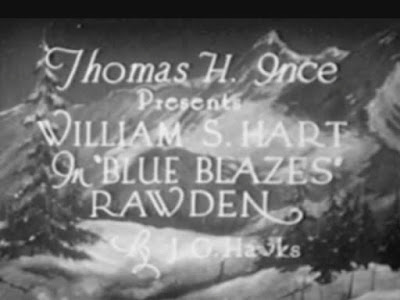