In the early 1970s Westerns got a bit ‘different’, out of the mainstream, not to say weird. Let’s call them alternative. Take 1971: of course ‘straight’ Westerns continued (the likes of Big Jake, Support Your Local Gunfighter or Wild Rovers) and junk spaghettis from Italy were also still being churned out in great numbers, but they were accompanied by artier and/or revisionist movies like Doc, McCabe & Mrs. Miller, Whity, and The Hired Hand. 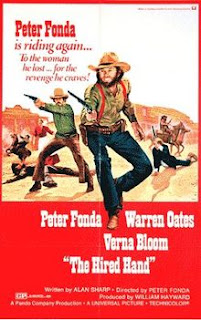 Peter Fonda, son of one of the really great Western actors, had co-written and starred in the now-famous Easy Rider in 1969 (working title The Loners, in which his character’s name was Wyatt, so quite Western in tone) and The Hired Hand, which he directed and starred in, was his first film after that. Easy Rider had been a Harley-Davidson Western but The Hired Hand was actually set in the West (somewhere) in the 19th century (some time). 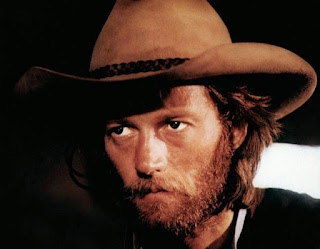 Viewed today, it is frankly, pretty slow. Only in the last reel does it get properly Western. Fonda seemed to be going for ‘atmosphere’ rather than narrative. It is the story of two partners, Harry (Fonda) and Arch (Warren Oates), with vague dreams of going to California (that even more mythic West at the end of the rainbow) but who get tired of wandering. Harry decides to go home and Arch goes with him. Harry was married at nineteen to a woman of thirty but it didn't stick and he had lit out. Now he comes back. His wife Hannah (Verna Bloom, very good), plain and worn down by work, wants little to do with him (and who can blame her?) but takes him on as a hired hand – Arch too. Harry is closed in on himself, sour, and can’t relate even to his young daughter, whereas Arch is cheerful and much more outgoing. 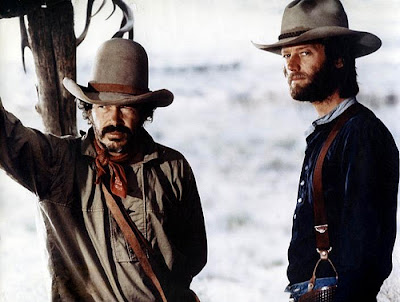 The months (and minutes for us) pass, slowly. Back in their wandering days the two pals had come across a villain, McVey (Severn Darden, rather good). This McVey had killed a young man, Dan (Robert Pratt) that the two partners had briefly fallen in with and in reprisal the boys shoot McVey in both feet and take back Dan’s horse. This turns out to have been a mistake…


Much of the film is taken up with the two pals communing, in their rough way, and it is clear that their bond is the strongest thing they have. Hannah gradually softens towards her husband and eventually takes him back into her bed, and Arch gets the feeling that three’s a crowd. He says he is off to California. You can tell he doesn’t really want to go but Harry is too obtuse to realize that and Hannah secretly wants him to leave. 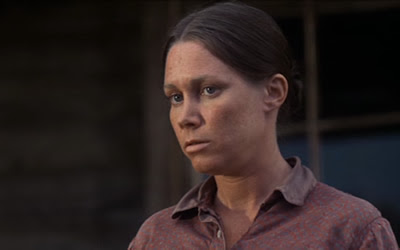 Late in the movie, when things at last start to speed up a little, it transpires that Arch has been taken by McVey and his thugs, and without a moment’s hesitation Harry saddles up to rescue him, ignoring the wails of his wife. A sort of Easy Riderish ending looms…


The whole is low-key, quiet, and downbeat. The interest is mainly visual. The director of photography was Vilmos Zsigmond, who shot two early very bad Westerns (Deadwood ’76 and Five Bloody Graves – I advise you not to bother) but then four visually excellent ones: this one and McCabe & Mrs. Miller in 1971, Heaven’s Gate in 1980 (and whatever you think of that elephantine picture you must admit that is was beautifully photographed) and, latterly, Maverick in 1994. In The Hired Hand he seems to have had carte blanche to go in for every (then) trendy photographic trick in the book, so we get self-indulgent lingering on flowing rivers, slow dissolves, star filters, double exposures, freeze-frames, heaven knows what. Today, it all looks a bit dated but there’s no denying the virtuosity. British TV channel Film 4, which I can get here in France, shows a nicely restored print, vastly better than the quality of the DVD I have. 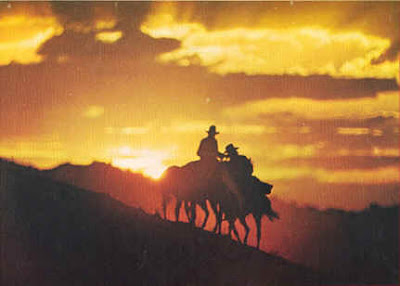 The writing is often very good indeed, combining subtlety in the human relationships with a real touch of the toughness of life in the real West. It was by Brit Alan Sharp, an outstanding writer of Westerns in my view, who produced the screenplays for two other examples of the genre, Billy Two Hats with Gregory Peck (more than acceptable) and Ulzana’s Raid with Burt Lancaster (superb).


Some of the music is irritatingly or monotonously repetitive but some has a twangy Ry Cooderish feel to it. It was composed and performed by Bruce Langhorne (his first film score and only Western).


Don’t watch The Hired Hand if you are looking for a straight action Western. If you do, you’ll be disappointed. But if you’re looking for something a bit different, with (shall we say) interesting photography and some classy writing, then have a go. 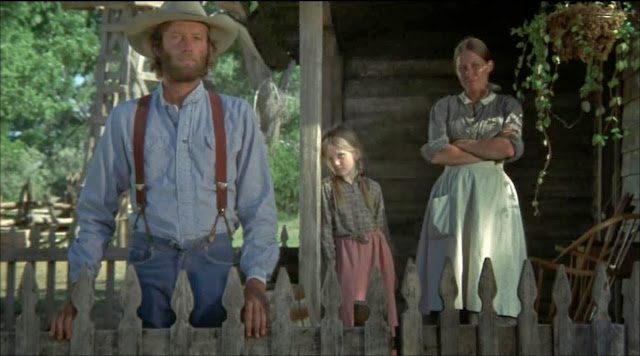