The Valles Caldera (The Cadence Group, 2015) is a recent Western novel by lawyer/writer Gary Stuart, and it is the second in his series of stories starring Angus – the hero has a surname but he’s usually just called Angus. The first was Ten Shoes Up. 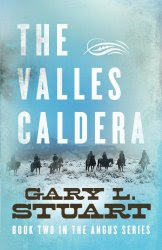 An entertaining read
The Valles Caldera is set in New Mexico, as is very right and proper, so that’s already a plus. Angus is an occasional US deputy marshal and is given a slightly pointless mission: to ride down from Colorado and see what he can find out about the crimes committed in that state (it’s after 1876) by Milton Yarberry, about to be hanged in the territory to the south. It’s pointless in the sense that extradition to Colorado is a tad unlikely. Milton J Yarberry, you may not know, was the first marshal of Albuquerque but was one of those peace officers who exercised on both sides of the law. You can read about him in Dirty Dozen by the excellent Roger DeArment, Bat Masterson’s biographer. DeArment calls him one of the twelve least known but most dangerous gunmen of the Old West.


He rode with Dirty Dave Rudabaugh and Mysterious Dave Mather (both Daves figure in one of my own novels, actually) and all three of them wore badges at one time or another but were more usually chased by badge-wearers, and Yarberry was wanted for murder. He joined the Texas Rangers and later owned a saloon in Decatur. But a bounty hunter came to Decatur, asking questions about Yarberry relating to the murder, and our Milt rapidly sold out and left town. The bounty hunter's body was found days later near Decatur, shot to death. Yarberry drifted into Dodge, then Cañon City, Colorado where he again opened a saloon, with a partner, Tony Preston. He took up with Preston’s wife, Sadie, and they moved on to end-of-track Las Vegas, NMT, where Yarberry operated a brothel (the Daves were there too). In 1879 he shot and killed a man named John Morgan in the Rincon Hotel, allegedly over a prostitute. In Albuquerque he befriended county sheriff Perfecto Armijo (who also appears in the novel) and this helped him get appointed Albuquerque town marshal in 1880. He turned out to be a very effective lawman.


Unfortunately, however, Sadie now formed a romantic relationship with a shiftless and heavy-drinking gunman, Harry Brown, and when Yarberry discovered the affair, heated words were exchanged, then fists flew, then guns were drawn. Yarberry’s hand was creased by a bullet but he fatally shot Brown twice in the chest. Yarberry was acquitted, with the help of Sheriff Armijo, but a month later killed once more, this time a man named Campbell in an alley. He was acquitted again but there was an outcry and politics intervened: the newly-appointed New Mexico governor, Lionel Sheldon, plagued by lawlessness in the territory, wanted to make an example of Yarberry, and the NM Attorney-General led the prosecution. Yarberry was convicted and sentenced to hang.


Yarberry escaped from the Santa Fe jail (all this would make a great Western movie) but three days later was run down and recaptured by a posse under Santa Fe police chief Frank Chavez (another to appear in the novel). Poor old Sheriff Armijo was deputed to pull the lever, and couldn’t get out of it. 1500 people attended the hanging (including Angus), which was by the new ‘jerk’ method: that is, instead of dropping the victim through a hatch, a mechanism jerked the man upwards. It did not prove a success, and was not used again. It was too late for Milt, though. His name was misspelled on his tombstone, but it didn’t matter: it was an assumed name anyway. 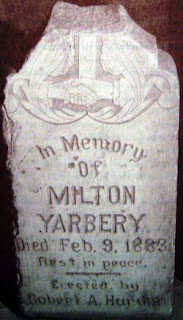 RIP, Milt
Such was the story of Milton J Yarberry. He doesn’t appear all that much in the novel, more’s the pity, but enough to pique the interest of the reader.


The book is really the story of how Angus finds two men beating up a lady of the night and gets into a shooting scrape with them. They turn out to be the sons of a proud and arrogant rancher, Mendoza Mendoza (he thinks using the same name twice will make him more respected and feared) who vows to track Angus down and avenge the slight to the honor of his family name(s).


Angus does a lot of solo riding, talking to his faithful horse, No Más, but towards the end he is riding with his fiancée Jill, a gunsmith and shooting expert, when Mendoza Mendoza’s crew catch up with them. The novel comes to a climax as Angus and his posse clash with the Mendozas up in the Valles Caldera.

The Valles Caldera
Much is made of Angus’s sidearm, a Buntline Special. This gun may not even have existed at all, despite Hugh O’Brian, but Angus sure has one and there is mucho gun lore (and gun law) as details are lovingly given. The big advantage, Jill and Angus agree, is that Angus can use the same .44-40 rounds in both the pistol and his Winchester. I don’t know what was unusual about that: many Westerners used a Colt Frontier chambered for .44-40 (John Wayne’s habitual gun); you didn’t need a mythical Buntline for that. Oh well.

Did it exist?
Stylistically, the novel has some quirks. Many sentences are started with conjunctions like and or but, but immediately come to a halt again because the conjunctions are followed by a comma. But, you get used to it after a bit. And, there are other issues: Western writers who choose to tell the story in the first person have a problem to resolve: do you go for slangy, ‘authentic’ Western language, with dropped Gs on –ing words (ridin’ and shootin’) and lots of uses of ain’t and the like? Or do you opt for a standard English, perhaps confining such usages to speech? Mr. Stuart cain’t quite make up his mind.


Telling the story in the first person but having a series of characters use I is hard to do, too. The chapters in which Mendoza Mendoza ‘speaks’ do not quite work. The ‘voice’ is wrong. The pidjin Spanish didn't convince, either. There’s also an odd chapter early on in which Jill speaks. It seems as if the author wrote it, then decided to enlarge Jill’s part but forgot to take the original chapter out. The action pans out differently and even Jill’s dad’s name is changed. I didn’t get it. 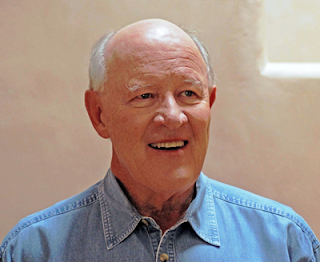 Gary L Stuart
Otherwise, the style is generally fairly literate though a better editor might have avoided the occasional error (its for it’s, that kind of thing). Still, I am notoriously picky when it comes to such matters (and never ever make misstakes myself).


All in all The Valles Caldera is a fun Western for the fan of the genre, and the action gallops along. And, it’s great that people are still writing (and reading) Western novels.