PBS has put out many documentaries on semi-mythical figures of the old West, such as Billy the Kid and General Custer, for example, and in 2006 it was the turn of perhaps the most iconic train- and bank-robber of them all, Jesse James.


It was a film in the American Experience series and this one was produced, written and directed by Mark Zwonitzer, who has also contributed to and/or directed many others on different aspects of American history. 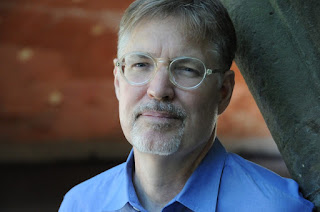 Mark Zwonitzer
Like all these programs, it’s sober, serious and unsensational, which, given the hype surrounding the name of Jesse James and the absurd layers of myth that have been piled upon him, is a good thing.


In fact it starts with the mythic aspect of James’s career, the idea that he was a common man’s champion against rapacious capitalism, on the side of the ‘little people’, willing to stand up against oppression, a sort of American Robin Hood. Most movie portrayals of him have underlined this aspect, of course, it being easier to have your central character (usually played by a Hollywood star) as a noble hero rather than a juvenile delinquent who became a sociopathic hoodlum. 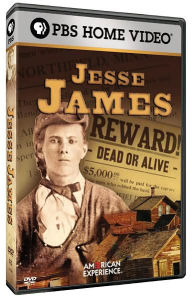 Worth a look
The good news, and it’s very good news, is that one of the talking heads in the documentary is TJ Stiles. Mr. Stiles has written the very best book of all on Jesse James, Jesse James: Last Rebel of the Civil War (2002). Some biographers have written what turns out to be the definitive life of their subjects. It may be that in a generation or two new facts will emerge and an even better life of Jesse James will be written, but it’s hard to imagine now. Jesse James is so deeply researched, so well written and so authoritative that really, you don’t need any other book. The same can be said of Casey Tefertiller on Wyatt Earp, Roger DeArment on Bat Masterson, Don Russell on Buffalo Bill, Robert Utley on Sitting Bull, and several others. These lives are, well, it. 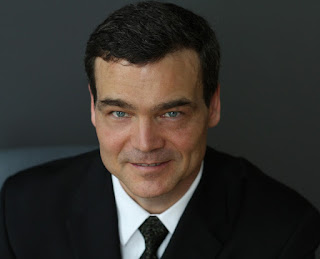 TJ Stiles
The film starts in 1864 with a sixteen-year-old Jesse going off to join a guerrilla band, the regular Confederate forces having been already driven out of Missouri. We are told that slaves accounted for half the James family’s wealth. Hollywood Jameses often denounce slavery and declare they have never owned a slave but that was bunkum. The savagery of the conflict is underlined. ‘Trophies’ were taken and the psychopath Bill Anderson, for example, rode with scalps and ears attached to his horse’s harness. The murder of disarmed men at Centralia, in which Jesse James took part, is very rarely mentioned in film treatments but was shockingly real.


But at this time Jesse James was virtually an unknown. It was really his post-war brigandry, in particular the robbery in Gallatin in December 1869, that made his name news. And James was skillful at the manipulation of the media of the day. You get the idea from the film that in fact that was what he was seeking – attention. Like a spoilt boy he desperately wanted people to notice him. He boasted of the killing of the bank teller in Gallatin (though in fact he had murdered the wrong man). James’s huge ally, the alcoholic editor JN Edwards, was an unrepentant Rebel and portrayed Jesse James as totally innocent of all crimes. Jesse was religious, kind to animals, and all the rest. Many people believed this. The film underlines the support James got from the populace: after train robberies it was easy for him and his accomplices to get fresh horses to outrun pursuit. 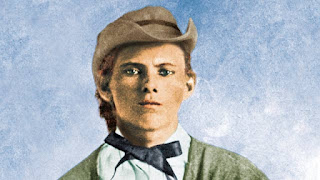 Jesse Woodson James (1847 - 1882)
The media profile of Jesse James grew as Republicans increasingly made him a campaign issue. It’s really quite a modern story in many ways, with politics and the media latching on to an issue and making headway out of it.


And James himself appears to have been increasingly unable to distinguish the ‘legend’ from the reality. He loved reading newspaper stories about himself. He became his image. “Jesse James began to inhabit the myth that Edwards created.”


A key change point in the whole story occurred when the Pinkertons got involved. Allan Pinkerton made it a personal mission to track down and capture the James gang. And despite the catastrophic raid on the James farmhouse with its murderous firebomb attack, which turned even neutrals into pro-James partisans, the inexorable pursuit ground the Jameses down. In a time when regular official police forces were incompetent or downright non-existent, it was the Pinkertons who provided a professional detective force.


The later gangs that Jesse James put together were no war veterans. They were just low-grade criminals. Even JN Edwards began to cool in his support. When politics shifted and ex-Confederates took power in Missouri and even they were determined to put an end to the depredation of the James gang, Jesse’s time had passed.


Governor Crittenden actively conspired to kill a citizen. It worked. The killing of Jesse James, which was instantly to become the subject of an enormously popular ballad and huge press interest (Oscar Wilde commented on the sale of James possessions) finally put an end to a criminal career which had in fact already all but petered out. But it didn’t put an end to the legend. Far from it.


This documentary says little new or revealing about Jesse James, but it does sum up well the story and go a long way to throwing the cold light of reality on the myth. It’s worth a look if it comes on. You can get it on DVD too.