Gary Cooper starred in three Westerns (true Westerns) in the 1930s, The Texan (1930), Fighting Caravans (1931) and The Plainsman (1936). This is quite surprising. He had started in Westerns, was an obvious Westerner and had, er, shot to fame in a Western in 1929. One would have thought that out of 40-odd films he made in the decade, Westerns would have figured more.


I have already reviewed Fighting Caravans and The Plainsman but today I’ll do something unusual for me, write about a movie I haven’t seen (which is why it has no revolver-rating). I would love to watch it but can’t find it - and how sad it is that many movies, even important ones, are still not available on DVD or to download. Yet Coop was so vital to the history of the Western - indeed, in my view the greatest ever Western star - that I think it’s worth jotting down what I’ve gleaned about the film. If I do get to see it I’ll update this post. 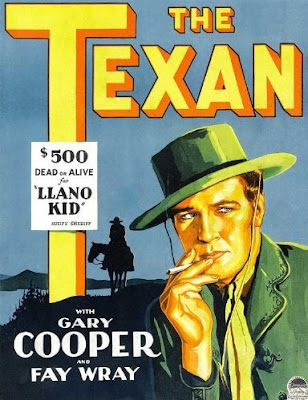 Have you seen it? If so, leave a comment!
Coop was on contract to Paramount by this time (on $175 a week). In the studio’s The Texan, based on the O. Henry story The Double-Dyed Deceiver, he appeared with Fay Wray, also on contract. Three years later Wray was to find fame in the arms of King Kong but in 1930 she was still considered a ‘starlet’. 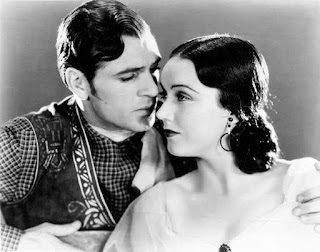 With Fay Wray
This picture seems to have made few ripples. Cooper’s biographer Jeffrey Meyers doesn’t even mention it and Brian Garfield in his great guide dismisses it in five lines: “The Llano Kid (Cooper) poses as a rich widow’s son but then reforms on account of love. Wheezy plot was worn-out even then but the young Cooper is dashing and sincere.”


Another film from the vaults that has probably not been seen since its initial release. Gary Cooper plays the Llano Kid, an outlaw with a price on his head, who falls in with a crooked lawyer who persuades him to join him in a scam to rob a South American widow by persuading her that the Kid is her long-lost son, returning to his mother after years of wandering.


[Sounds a bit like Alan Ladd in Branded, doesn't it]. 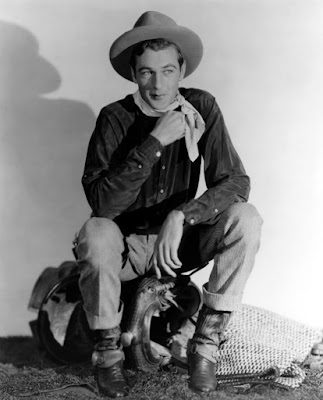 Coop is the Texan


The plan goes well until the Kid develops a conscience and wants to back out of the agreement. Emma Dunn plays the mother, Senora Ibarra, with Fay Wray her niece, with whom the Kid, predictably, falls in love. There’s a nice O. Henry twist to resolve the story (no, the Kid does not turn out to be the son) and it’s a good-looking production that lets the characters and their relationships build slowly before the action-packed climax.


One reason for the movie being of some note, however, is that it was while being made up for it that Coop was painted by Norman Rockwell. 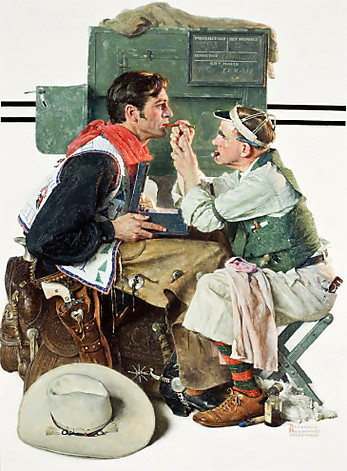 Rockwell's view
Yakima Canutt is an uncredited cowboy and presumably did some of the stunts, though Coop did most of his own in those days.
The movie was directed by John Cromwell (James Cromwell's father) noted former actor and director on Broadway. He would later direct big pictures like The Prisoner of Zenda and Anna and the King of Siam. The Texan was, however, the only Western he did. Poor soul.
Three people are credited with working the O. Henry novel up into a screenplay: Oliver HP Garrett (later Oscared), Victor Milner (pioneering cinematographer who worked on William S Hart Westerns and also did some writing) and Daniel Nathan Rubin (?).
Well, if you have seen The Texan, or know where I can download it or buy a DVD, let me know!