Judge Roy Bean is a favorite character of the old West, indeed a ‘character’ in all senses. Bean appeared in novels, such as Zane Grey’s West of the Pecos in 1937 and Larry McMurtry’s Streets of Laredo in 1993. And a Lucky Luke tale, Le Juge. He was first played on the screen (as far as I know) in 1940 by an outstanding Walter Brennan in the William Wyler-directed The Westerner. In 1956/57 we had Edgar Buchanan as the roguish judge in the semi-comic TV series Judge Roy Bean. In 1969 Victor Jory (an inspired choice) played him in the Budd Boetticher-directed A Time for Dying (Audie Murphy’s last Western, in which he played, as he had in his first, Jesse James). In 1972 came perhaps the most famous celluloid Bean, Paul Newman, in John Huston’s uneven (to be polite) The Life and Times of Judge Roy Bean.

There have also been other screen Beans: there was a spaghetti Bean (Pierre Perret) in Judge Roy Bean in 1971, and various TV Beans like Frank Ferguson in a 1959 episode of Colt .45; Tom Skerritt was a young Bean in San Diego in a 1966 episode of Death Valley Days; Tommy Duggan appeared as Bean in a British biopic of Lillie Langtry, Lillie, in 1978; Brad Sullivan was the judge in one of The Gambler series (1991); and Ned Beatty featured as Roy in three episodes of the TV mini-series Streets of Laredo in 1995. So that’s a lot of screen Beans and the list isn’t even exhaustive. There’s a roller coaster in Texas called Judge Roy Scream and an Alabama beer (an American stout) named Judge Roy Bean too. Bean seems to have captured the imagination.

Brennan, Buchanan, Newman: screen Beans
In nearly all these portrayals, Judge Roy Bean comes across as an amusing rascal. In reality he was a much nastier piece of work than that, though tales of his liberal use of the hanging rope have been greatly exaggerated. He is only actually known to have sentenced two men to hang, and one of those escaped.

Bean books
Phantly Roy Bean Jr. was probably born in 1825 in Mason County, Kentucky (so was in his late 50s when he set up his saloon in Vinegaroon). His family was poor and at the age of sixteen he took a flatboat to New Orleans where he got into trouble rapidly and left for San Antonio to join his older brother Sam – teamster and Mexican-American War veteran Samuel Gore Bean (1819 – 1903). In 1848 the brothers opened a trading post in Chihuahua, Mexico but Roy Bean shot a Mexican and the pair fled west to Sonora to avoid prosecution. In 1849 Roy Bean went to San Diego, California, to stay with another brother, Joshua, who was elected mayor there the following year.


Bean was very much a ladies’ man and this got him into some trouble. The Wikipedia entry tells us that


A Scotsman named Collins challenged Bean to a pistol-shooting match on horseback. Bean was left to choose the targets, and decided that they would shoot at each other. The duel was fought on February 24, 1852, ending with Collins receiving a wound to his right arm. Both men were arrested and charged with assault with intent to murder. In the two months that he was in jail, Bean received many gifts of flowers, food, wine and cigars from women in San Diego. His final gift while incarcerated included knives encased in tamales. Bean used the knives to dig through the cell wall.


On his escape Bean moved to San Gabriel, California where he became a bar tender in brother Joshua’s saloon. When Joshua was murdered, Roy inherited the bar.


In 1854, Bean was courting a young woman, who was subsequently kidnapped and forced to marry a Mexican officer. Bean challenged the officer to a duel and killed him. Six of the dead man's friends then put Bean on a horse and tied a noose around his neck, and left him to hang. The horse did not bolt, however, and after the men rode off, the bride, who had been hiding behind a tree, cut the rope. Bean was left with a rope burn and a permanent stiff neck.


Roy now rejoined Sam, who had been elected the first sheriff of Doña Ana County in New Mexico. Together they operated a store-cum-saloon on Main Street in Pinos Altos. A cannon belonging to Roy Bean sat in front of the store for show. It was used to repel an Apache assault on the town.


There now came the Civil War. When a Confederate army invaded from the south and was defeated at Glorieta Pass, Bean took money from his brother’s safe and joined the retreating force. For the rest of the war, he ran the blockade by hauling cotton from San Antonio to British ships off the coast at Matamoros, then returning with supplies.


Bean, 31, had married Virginia Chavez, 18, in 1866 but within a year was arrested for aggravated assault on his wife. They did however have four children together - Roy Jr., Laura, Zulema and Sam. By the late 1870s Bean was operating a saloon in a Mexican slum area of San Antone. But with the railroads moving west, Bean left his children (he was already separated from his wife), purchased a tent and ten 55-gallon barrels of whiskey and followed the tracks. By the spring of 1882, he had established a small saloon near the Pecos River in a tent city he named Vinegaroon.


The Law West of the Pecos


The nearest court was two hundred miles away, at Fort Stockton, and there was pretty well no law and order round Vinegaroon. The Texas Rangers requested that a legal jurisdiction be set up in Vinegaroon, and in August 1882, though a most unlikely candidate, Bean was appointed justice of the peace for the new Precinct 6 in Pecos County. 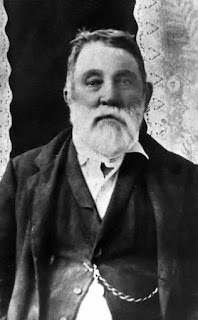 An older Bean
According to Joe Tom Davis, one of Bean’s first acts as a justice of the peace was to "shoot [...] up the saloon shack of a Jewish competitor”. He then turned his tent saloon into a part-time courtroom and began calling himself ‘the Law West of the Pecos.’ As judge, Bean relied on a single lawbook, the 1879 edition of the Revised Statutes of Texas. When newer law books showed up, Bean used them as firelighters. Bean allowed no appeals and picked the jurors from his barroom customers, insisting they buy drinks during every recess. As there was no jail, Bean’s punishments were nearly always fines, often to the exact amount on the convicted man’s person, and this money he kept for himself. He granted divorces (though not empowered to do so) and charged $10 for them, and married people too ($5), pronouncing at the end of the ceremony the traditional ‘And may God have mercy on your souls’ usually reserved for the death sentence. 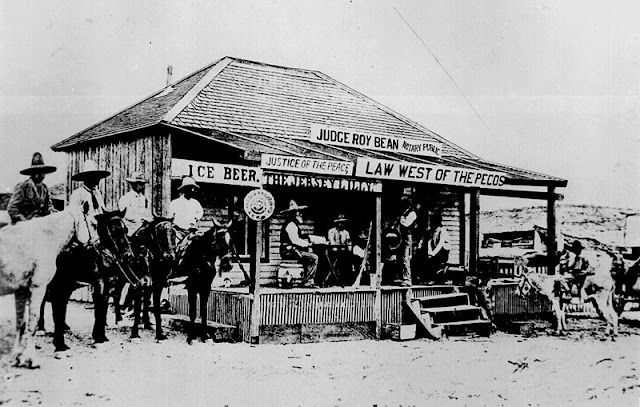 Bean's saloon-cum-courthouse
When a certain Paddy O’Rourke killed a Chinese laborer and a mob of drunken Irishmen came to his aid, Bean averred that he could find "no law in the book against killing a Chinaman", and set O'Rourke free.

When railroad construction moved furher west, Bean moved with it and set up in Strawbridge. He sent for his children to live with him at the saloon, with youngest son Sam forced to sleep on a pool table. Then Bean moved again, to Eagle’s Nest, squatting on railroad land, and soon renamed the place Langtry in honor of the actress he so admired, and the saloon was baptized The Jersey Lilly. Lillie Langtry recounted in her autobiography that she visited the place after Bean’s death. 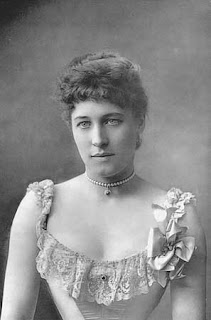 Lillie Langtry
Bean had been appointed rather than elected but amazingly, he won election to his post in 1884, though was defeated in 1886. The following year, however, the commissioner's court created a new precinct in the county and once more appointed Bean to be the justice of the peace. He continued to be elected until 1896. Even after that defeat, he "refused to surrender his seal and law book and continued to try all cases north of the tracks".


In 1890, Bean received word that railroad developer and speculator Jay Gould was planning to pass through Langtry on a special train. Bean flagged down the train with the danger signal. Thinking the bridge was out, the engineer stopped. Bean invited Gould and his daughter to visit the saloon as his guests. The Goulds stayed for two hours, causing a brief panic on the New York Stock Exchange when it was reported that Gould had been killed in a train crash.


In 1896, Bean organized a world championship boxing title bout between Bob Fitzsimmons and Peter Maher on an island in the Rio Grande because boxing matches were illegal in both Texas and Mexico. The fight, won by Fitzsimmons, lasted only 1 minute and 35 seconds but the resulting sport reports spread Bean's fame throughout the United States.


Roy Bean died peacefully in his bed on 16 March 1903, aged about 78, after a bout of heavy drinking in San Antonio. 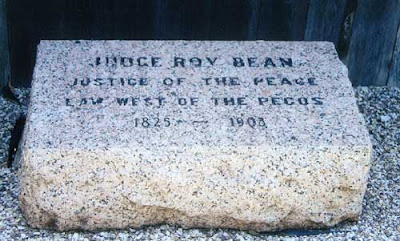