When is a Western not a Western?

Is it a Western? Is it not a Western? Well, really, when it comes down to it, does it matter?


Of course it matters, you fool!


Yes, of course it matters. This is a Western blog, after all.


Well, when the opening scene is of a Jeep bowling along, the Westernista’s heart does sink a bit. I remember, when I was a callow youth (somewhere in the Bronze Age), buying a Roy Rogers comic, as one did in those days, and there was Roy – no sign of Trigger – driving across the desert in a cloud of dust – in a jeep! Shocked wasn’t the word, dear e-pards, I was traumatized! No, jeeps really won’t do. 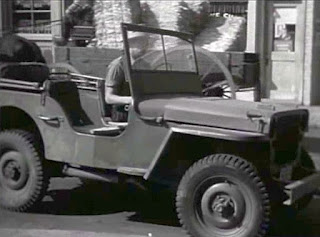 Still, this movie is directed by Delmer Daves, stars Dale Robertson, has Walter Brennan as the crusty old grandpa, and Richard Boone is the bad guy. Dudley Nichols wrote it. There are horses and guns. A Western surely?


And actually, in point of fact, I have always liked jeeps. I saw one the other day and although one of the few commandments I have never been guilty of transgressing is the one about my not coveting my neighbor’s ox (I really haven’t), still, I did rather covet that jeep. Anyway, where were we? 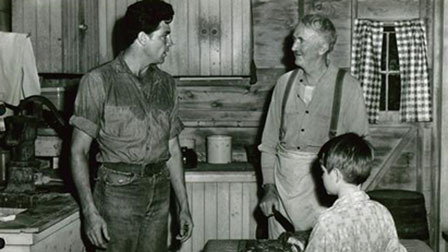 Return of the Texan is not a Western for another reason, though, jeeps notwithstanding. It’s a bucolic tale of a widower returning home with two small sons, settling in and finding love with Joanne Dru. It’s a love story, pards, a love story, and not a Western at all. Sorry to disappoint you.
Oh well. It is enjoyable, though. I like the littlest boy, about whose only utterance is, “Sure!” and the dance is fun and there’s an element of end-of-the-West as Brennan can’t really adapt to not huntin’ and shootin’, and suffers a stroke. And Boone gets his come-uppance.


The young doc (Robert Horton), Dale’s rival for Joanne’s hand, is damnably decent, a really good egg, and that makes it harder. It all ends well for Dale, though, with Joanne in the rocking chair of his erstwhile spouse. The trouble, however, with this film, and it’s something that ruined many a movie, is that it is, aagghh, heart-warming. 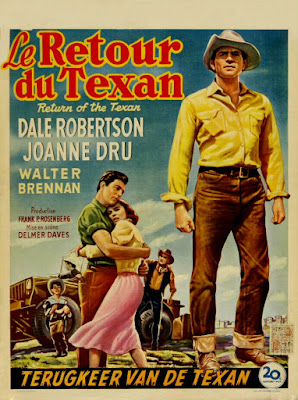