The Wild and the Innocent is a big Universal color Western of the late 50s with Audie Murphy in the lead. That said, it is a little different from the run of Universal’s Audie oaters. It was directed and written by Jack Sher. Sher had co-written Shane and did another Audie picture, Walk the Proud Land, a biopic of Indian agent John Clum, in 1956. But this was his only Western as director and it is rather plodding - after No Name on the Bullet, Murphy's previous outing in the saddle, which verged on the four-revolver rating, this was back to two-guns. His co-writer on The Wild and the Innocent was Sy Gomberg, the campaigner against "gratuitous and unpunished violence" in movies, and the screenplay is didactic, earnest and preachy, despite the fact that writers and director went for a slightly light-hearted treatment, which doesn’t really work.

Not one of Audie's finest
It’s a classic tale of the innocent country bumpkin in the corrupt town. Audie is Yancy, a green backwoods boy (despite his baby face, at 35 he was getting a bit long in the tooth for such roles) who is sent to town by his trapper Uncle Lije (George Mitchell) to trade the pelts they have garnered, and is saddled with an equally naïve young girl, Rosalie (Sandra Dee) as together they face the temptations and crooked wiles of the urban population. The good news is that the ne’er-do-well father of Rosalie is the picaresque Kentuckian Strother Martin, so there’s amusement there. 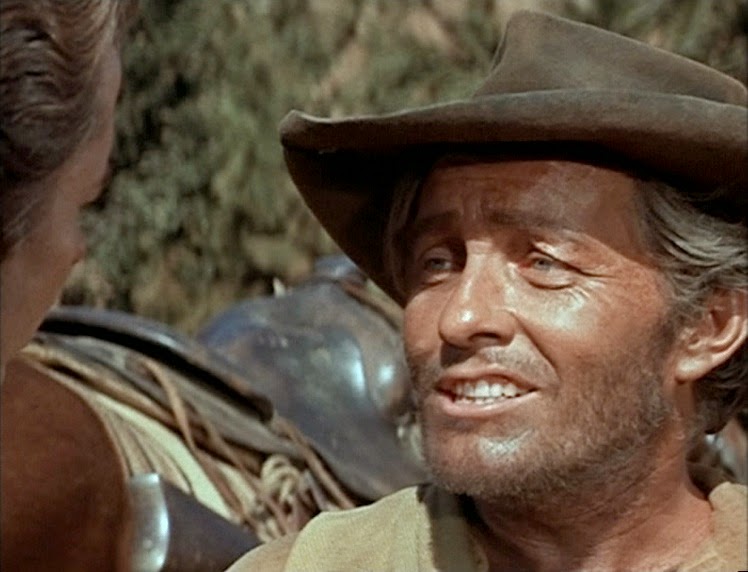 Strother doing his thing
The town is run by the apparently friendly but actually corrupt sheriff, third-billed Gilbert Roland, as usual with his caddish mustache. He owns the saloon/dance hall/bordello (though of course in a 50s family Western the word bordello could never be pronounced, nor its activities described). 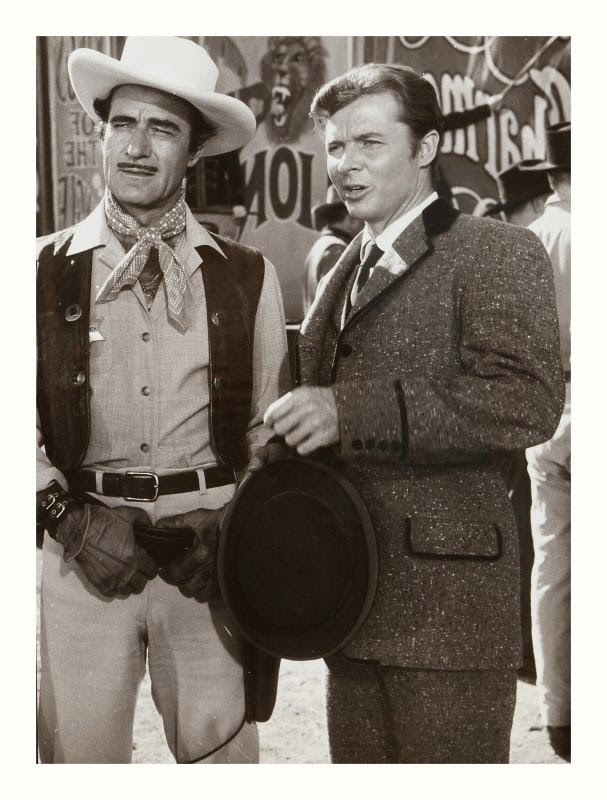 Caddish Sheriff Gilbert Roland with naïf Audie
Rosalie is offered work in the dance hall and Sheriff Roland clearly wants her as his next conquest. Innocent Yancy eventually comes round to understanding what is going on and rescues her. Joanne Dru is one of the senior whores, the cynical and worldly Marcy, and she provides counterpoint (and temptation) for the hero, though of course we all know he will finally go off with Rosalie. 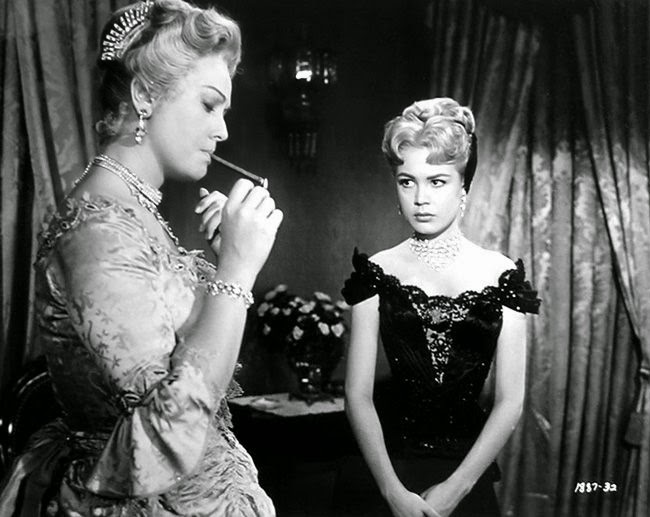 
The anti-violence theme comes to the fore as Yancy is pushed by gunslinger-bully Chip (Peter Breck) and toughly deals with the thug without a pistol. Still, like all those films in which the hero wants to hang up his irons or doesn’t believe in guns, we understand that in the last reel Audie will be obliged to pick up a firearm, and he duly does, rather to the regret of the bad guy sheriff. 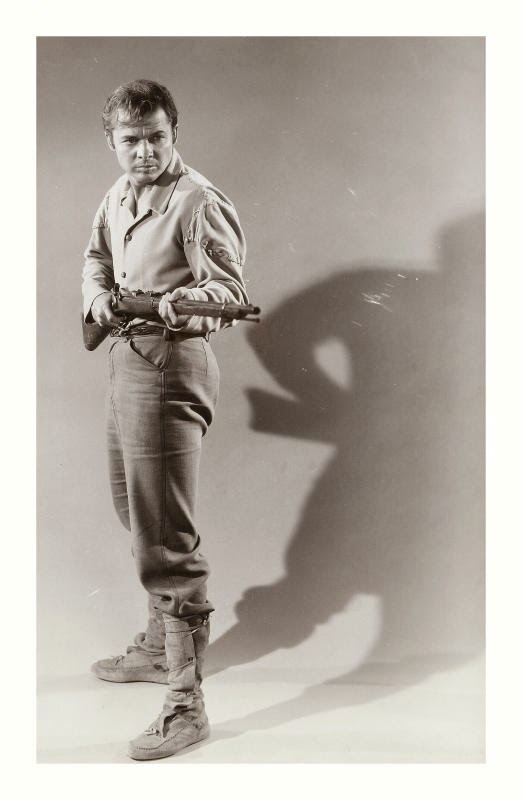 He resorts to gunplay, as we knew he would
Like most of these Universal Westerns, the picture is visually appealing. DP Harold Lipstein, who shot Across the Wide Missouri for William Wellman, did a fine job on the San Bernadino National Forest locations. It’s in CinemaCcope again.


Despite the attempt at homespun humor (a running gag with skunks, for example) of an almost 50s-Disney kind, this film does in fact treat quite dark themes. But it is poorly written and directed, and while they have may have aimed at light-hearted, it ends up being just light.