The Last Command, no relation to Josef von Sternberg’s 1928 Russian Revolution silent movie, was Republic’s mid-1950s take on the Alamo. On one level it’s just another lesser-studio B-Western with Sterling Hayden in the lead but on another it’s rather more than that, and a milestone on the road that told the Alamo tale.


If roads can tell tales. I guess they can. 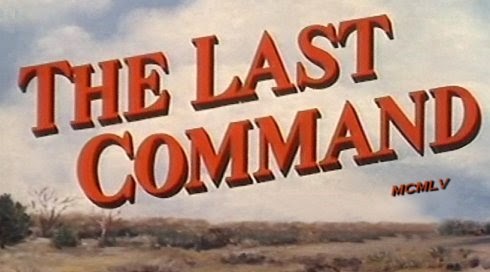 By no means the worst version
And as soon as we see the titles we guess that we might be in for something better than a run-of-the-mill B-movie. The cast for one thing: Arthur Hunnicutt as Davy Crockett, J Carrol Naish as Santa Ana, Ernest Borgnine, John Russell, Slim Pickens and Jim Davis among the defenders, and Russell Simpson as a parson (obviously). Then we have music by Max Steiner. It was shot in Republic’s Trucolor. Direction is by Frank Lloyd, unstellar perhaps but more than competent; he had started directing those silent Zane Grey Westerns with William Farnum for Fox, including the 1918 Riders of the Purple Sage, and in 1937 he made Wells Fargo with Joel McCrea for Paramount. The Last Command was his last command too, his last Western and indeed last movie. Cast, production and direction (though not really the script) all add up to something a cut above the ordinary. 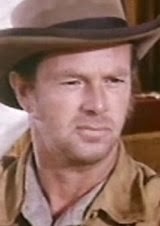 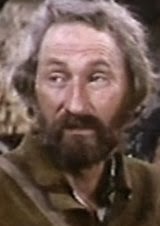 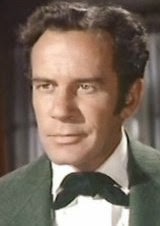 Richard Carlson as Travis
Of course Hollywood liked the Alamo. One thinks in particular of the big 1960 version but film tellings went right back to DW Griffith and Christy Cabanne’s silent movie of 1915, Martyrs of the Alamo. Glenn Ford had also been The Man from the Alamo in 1953. It's still happening: there was an Alamo in 2004. So one way or another there have been quite a few celluloid Jim Bowies, Davy Crocketts and William B Travises. This one can hold its head up alright.

Back in the late 1940s Wayne made some serious efforts to sell The Alamo to Republic but studio boss Herb Yates, whom Wayne called a son of a bitch who knew nothing about making films, shied away from such a costly project and kept stalling.


Finally Wayne and Yates got into a shouting match. Wayne left Republic and said he would never make another picture with the studio, though he had been there since the studio was born. Then Yates did something frankly reprehensible: he took the idea, commissioned a new screenplay and produced a knockoff which plugged into the Crockett-mania then raging because of Disney’s Fess Parker shows. Actually, I don’t mind The Last Command but you can imagine what Wayne thought of it. He never spoke to Yates again. 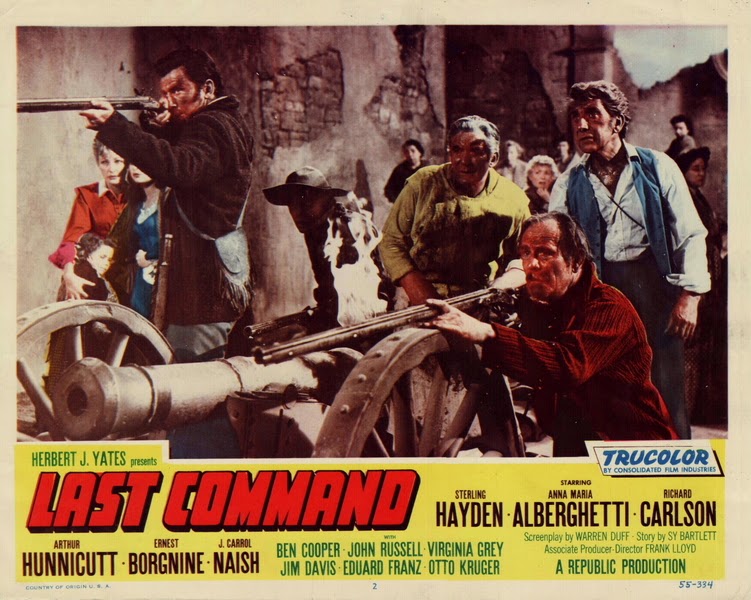 Brave defenders
A voiceover intro gives the picture a historical feel (not that actual history ever really troubled Hollywood Alamos much). Sterling Hayden as Jim Bowie arrives early and dominates the picture. He is the undoubted hero of the Alamo and Travis, Crockett & Co. slightly fade into the background when he is around. Quite a bit of the backstory is filled in, with Governor Juan Bradburn (Morris Ankrum) getting Travis released. Jim is at first cautious about independence but he gives it to Santa Ana straight and Santa Ana replies, “I do not wish to be a dictator.” Sam Houston (Hugh Sanders) and Stephen F Austin (Otto Kruger) make appearances – Jim duly gets Austin released from prison, where incarceration has turned him into a fighter for independence. 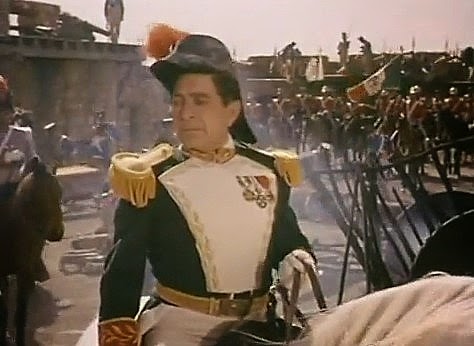 He says he does not wish to be a dictator, but...
Well, you know how it all pans out. No need to retell the story here. Suffice to say there are loads of noble heroics as the brave defenders battle it out in the old mission. The Warren Duff screenplay from a Sy Bartlett story does rather ride roughshod over such details as historical fact, but since when did we watch Western movies for a history lesson? The final battle scene is well done. Most Alamo stories suffer dramatically from too long a lead-up to an outcome we already know, but then I guess you could say that of Hamlet… 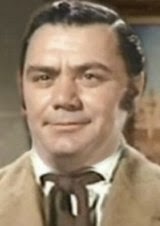 Ernest is a Texas landowner... 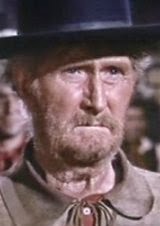 ...and Russell is a parson, naturally
Hayden does a good job (as always) as the down-to-earth Bowie. Ernie Borgnine is also enjoyable as Mike Radin, a stocky landowner who gets into a knife fight with Jim but then they fight side by side. There’s a sole survivor to tell the story for posterity, the youth Jeb (Ben Cooper), who is sent from the Alamo rather like Glenn Ford in ’53.

Ironic, really, that this much smaller production turned out to be a better film than John Wayne's The Alamo five years later. 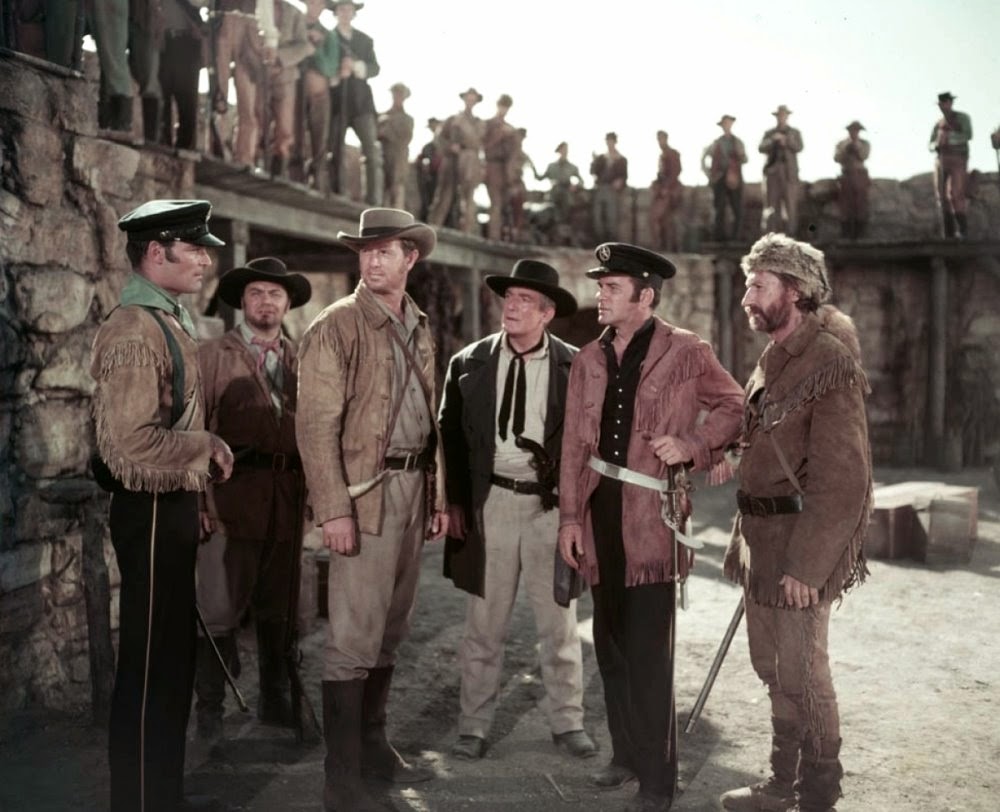