Black & white B-movie with some quality

Not so much a Western as a nineteenth century prison drama, Hellgate tells the story of Gilman S Hanley (Sterling Hayden), a Civil War veteran and veterinarian, who, after medically aiding an outlaw, is unjustly incarcerated in the fearsome Hellgate, a federal prison in New Mexico.


The desert prison camp is ruled over by a tyrant, Lt. Voorhees (Ward Bond) and Sgt. Robert J Wilke (as Robert Wilkie) also has it in for Hanley, so the place is a torture. There are Pima Indians who track escapees and get $50 for every dead one they bring back. Recalcitrant prisoners are put in a bake oven. It’s not a nice place. 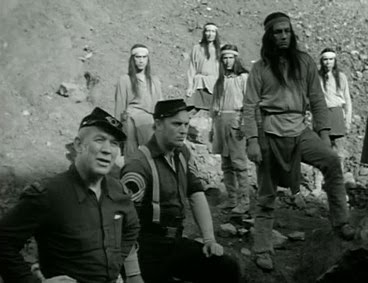 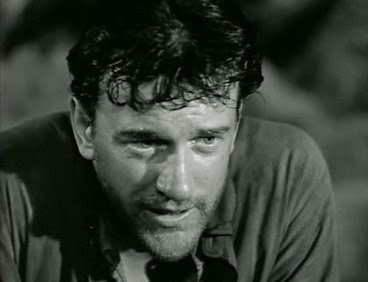 Nasty piece of work Arness
Four – Hanley, Redfield, Hunchy and Boyd - manage to escape but run into a sandstorm in the desert and are caught by the Pimas. Redfield gets an arrow through the throat and the Pimas also kill Hunchy and Boyd, but Hanley is taken back to Hellgate, and the bake oven. 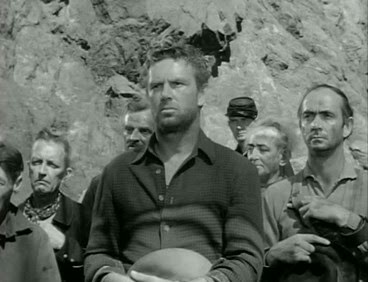 Hayden, always good, even in Z-movies
Typhus breaks out and there is no water. Hanley will ride to the nearest town for water to alleviate the suffering. But once given this chance of freedom, will he come back? Ah, that is the question.


It’s a gritty, tough tale, written and directed by Charles Marquis Warren (with Andrew McLaglen as assistant). Warren was a successful Western writer for the pulp magazines and got involved in Western movies, especially after the Second World War. He started on the screenplay of Streets of Laredo, then Only the Valiant, and his first directorial Western was also for Lippert, the rather good Little Big Horn in 1951, Hellgate being his second. Unfortunately, he made as his third film one of the nastiest and most racist Westerns ever, Arrowhead. Later, he became a leading light in the creation of classic Western TV shows, Gunsmoke, Rawhide and The Virginian. 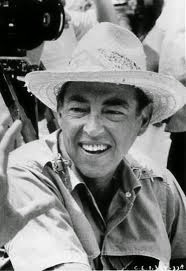 Charles Marquis Warren
Hayden, though he hated these B-Westerns, was excellent in them and really suited the hard-as-nails character he played. Ward Bond was reliably good, even if his change from sadistic commandant to champion of Hanley comes across as rather improbable.


At 87 minutes of black & white and a low budget, this movie is definitely in the B category but it will repay a watch. It is sometimes said to be a remake of John Ford’s The Prisoner of Shark Island, but that’s a stretch.  It has a sort of I Am a Fugitive from a Chain Gang vibe about it though. 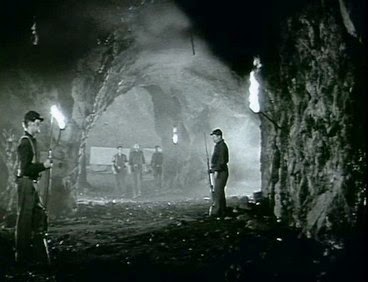