Comedy Westerns can be unfunny parodies (and to the serious Westernista, faintly sacrilegious) or affectionate, smiling tributes. You can probably think of examples of both. In the latter category I would place the Buster Keaton Go West, the 1939 Destry, the Bob Hope Paleface pictures, The Sheepman and, of course, Blazing Saddles. Among others. I love these films and will watch them any time they come on. Cat Ballou just about makes it into the list of affectionate tributes. It’s not a mocking effort and it laughs with rather than at the genre. It’s not the most hilarious film, though, and for me anyway doesn’t come in the must-watch department when it appears in the TV schedules. Still, it has quite a lot going for it.


Derringers for one thing. You know how I like the villainous little guns. Usually they appear in the hands of saloon gals, gamblers or besuited crooks. But in Cat Ballou semi-goody Jed (Dwayne Hickman), dressed as a priest to rescue his pardner from the clutches of Sheriff Bruce Cabot, conceals a derringer in a bible. In a bible! Boy, is that sneaky. Dean Martin copied that idea in 5 Card Stud three years later. So that was a great bit in Cat Ballou. Better still, Cat Ballou is a two-derringer movie (a rare bird indeed) because later on Cat shoots Sir Harry (Reginald Denny) with one (no more than he deserved), and that’s what leads her to the gallows in Wolf City, WY in 1894. 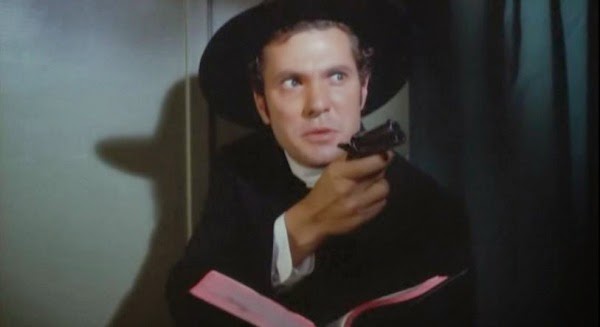 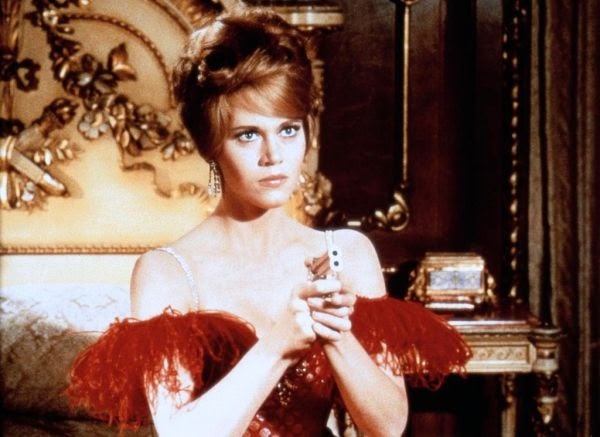 
That’s where the story is set, and it’s the time of the Hole in the Wall Gang, though their glory hath departed and Butch Cassidy is played by Arthur Hunnicutt, 55 but doing his old-timer routine. Actually, Butch (Robert Leroy Parker) didn’t start his depredations or recruit the Sundance Kid until 1896, when he was 30, but we won’t worry about that too much. Paul Newman seems to have aged a bit
In fact the cast of Cat Ballou is pretty good. It is true that the good-badmen heroes, Michael Callan as Clay and Dwayne Hickman as Jed, were not top-line Western stars, though Mr. Callan was in They Came to Cordura and The Magnificent Seven Ride! and Mr. Hickman was in several TV Westerns, but other members of the cast were a delight to watch. Jane Fonda is a rather charming Cat. Arthur as Butch Cassidy has to be worth seeing and there’s Jay C Flippen as the corrupt sheriff complementing the great Bruce Cabot as lawman. Nat King Cole and Stubby Kaye provide an entertaining Greek chorus with banjos (which they strum very unconvincingly to the soundtrack, sometimes not even bothering). Above all we have Lee Marvin as both the drunken gunslinger Kid Shelleen and the evil noseless assassin Tim Strawn. 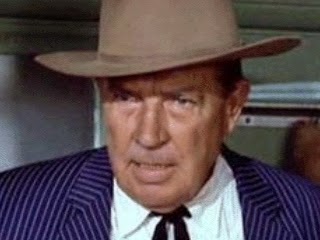 Lawman Flippen
Marvin was in 20 Western movies (if you regard The Missouri Traveler, Pocket Money, Raintree County and Bad Day at Black Rock as Westerns) and one or two of his appearances were perhaps less than epic but his Liberty Valance, his Monte Walsh, his Masters in Seven Men From Now and his part as the leader Fardan in The Professionals make him a leading Western star. He had the right level of grit and toughness and he always lifted even an indifferent movie. Four years after Cat Ballou he starred in another famous box-office hit comedy Western, Paint Your Wagon. Luckily, in Cat Ballou he does not break into song. He certainly hams it up as the drunk Shelleen but he is splendidly menacing as Strawn. And the part where he cleans up, and his squire, the Sioux Jackson Two Bears (Tom Nardini), dresses him in his gunslinger armor like some medieval knight, is memorable. The idea of the broken-down gunfighter getting back into shape is of course a familiar trope, and the getting the old guns and clothes out of a drawer or trunk is instantly recognizable to us. Marvin won an Oscar for his part(s). 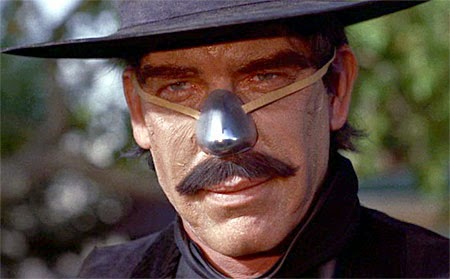 Marvin fine
Yakima Canutt was the 2nd Unit director too, so the stunts are good.


The movie was directed by Elliott Silverstein, not perhaps in the front rank of Western directors but he had done some TV shows and in 1970 he was to direct A Man Called Horse. The story came from a Roy Chanslor novel (as did Johnny Guitar) and was written up into a screenplay by Walter Newman, who worked with Nunnally Johnson on The True Story of Jesse James and also contributed (uncredited) to The Magnificent Seven, and the hugely experienced Frank Pierson, who did loads of Have Gun – Will Travel episodes. Some of the lines are amusing and the story nips right along so no complaints there. 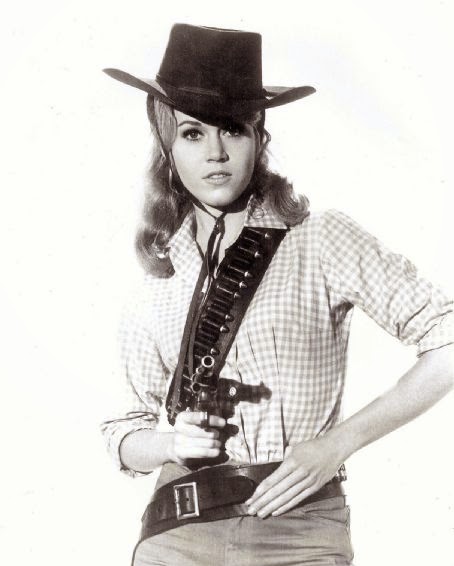 Jane charming as Cat
The DP was Jack Marta (Dark Command) and there are some nice locations with Buckskin Joe, Colorado standing in for Wyoming.


The Frank De Vol music sticks in your memory too.


And who will ever forget the cross-legged horse? 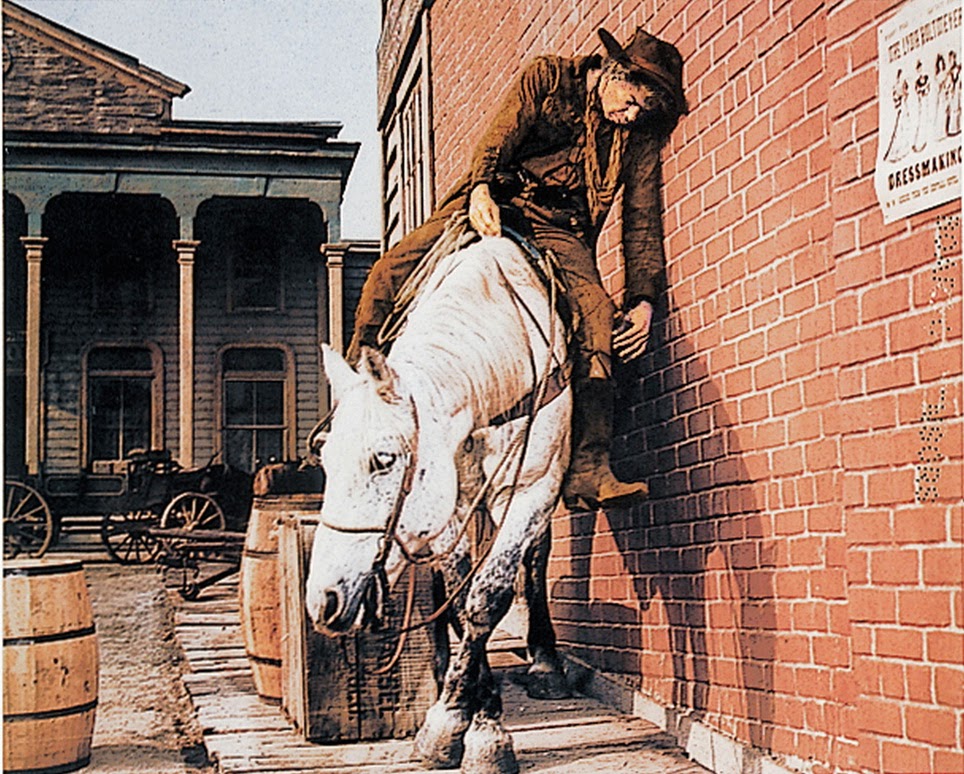