Not one of the best but watchable

In some ways, Showdown was just another in the long series of Westerns Audie Murphy made with Universal in the 1950s and 60s. Competent directing (by RG Springsteen this time, 143 Westerns, 1936 - 67), nice Lone Pine locations, good music (Hans Salter), adequate if fairly predictable writing (Ric Hardman, bizarrely billed as Bronson Howitzer, who co-wrote Gunman’s Walk and did a lot of TV shows, especially Lawman) and some good Western character actors – in this one Charles Drake, LQ Jones, Strother Martin and Skip Homeier, all of whose names will ring bells if you are a Western fan, and if you aren’t why are you reading this? 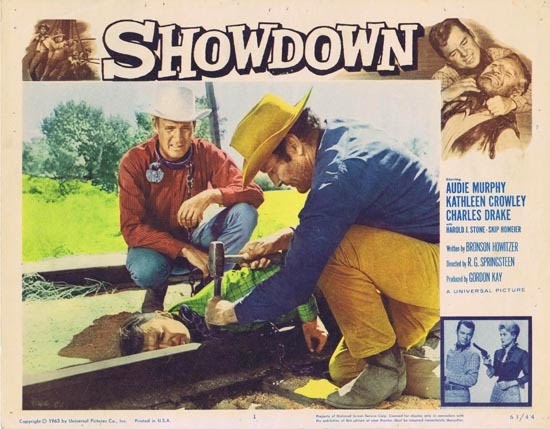 Color poster but not the movie
There were a couple of differences, though. To Audie’s annoyance, it was in black & white, which for a 60s Universal Western was a bit penny-pinching. Actually, though, Ellis W Carter’s cinematography is rather fine and personally I have always had a penchant for well-shot b&w Westerns. Mr. Carter first worked on the 1949 John Payne Western El Paso and he did many B-Westerns (mostly in monochrome) through the 50s, including Republic's Alamo story The Last Command. He did a lot of TV work too, especially on The Gray Ghost.


And then there’s the interesting idea of the jail-less town using a post in the main street to chain lawbreakers to. This idea – a post or a log - appears in quite a few Westerns, in fact (see, for example, Fury at Furnace Creek). It appears barbaric, perhaps because it’s more public than a jail cell, and there’s a resemblance to the medieval stocks or pillory. Decent bronc-stomper Chris (Audie) and his unreliable pard Bert (Drake) get into a fight after Bert gets drunk and into a poker game (Bob Steele is a player), and the result is that they are chained to the post overnight. Also chained there, though, is town drunk Charlie (Strother) and notorious outlaw Capt. Lavalle (Harold J Stone) with some of his men. Of course the brigands escape. Charlie is killed in the shoot-out but Chris and Bert are obliged to go with the outlaws. 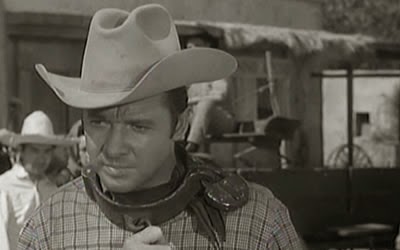 Audie chained
In the chaos of the escape, Bert has managed to shove some bearer bonds in his pocket. He uses them to try to buy his life, and Chris’s, from the murderous gang.  There follows a curious hostage situation as first Bert is sent into Sonora alone to cash the bonds and come back, or Chris will be killed. But Bert gives the money raised to his girl, saloon singer (a shockingly bad one) Estelle (former Miss America contestant Kathleen Crowley, a poor actress who despite being born in New Jersey has a very odd accent - I said despite, not because of). Bert is brought back to the gang by the worst of the outlaws, LQ and Skip, and now Audie is sent into town to recover the money or Bert will be killed. All rather unlikely, I know, but it does build up some tension.


Springsteen, Hardman and the cast managed to create quite a dark, atmospheric piece, and the black & white actually quite suits it. Stone as the outlaw chief is frightening and LQ Jones’s and Skip Homeier’s characters are really quite sinister, as is the Indian scout Chaca (Henry Wills). Audie can’t convince Estelle to hand over the cash to save Bert. She is pretty horrible and has no intention of letting go of that $12,000, whatever the cost to Bert. It looks like curtains. 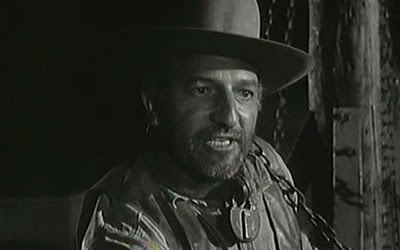 Harold J Stone very good as the outlaw boss
Another unusual aspect of this Western is that for almost its entirety Audie has no gun. There’s a good bit where he does the old Tom Mix trick of roping a piece of brush and towing it behind his horse while being chased by Chaca so that his pursuer can’t see him in the cloud of dust.


Well, there’s a climactic shoot-out, and you may imagine how that goes. The weakest part of the film is in the last reel as we sense that Audie and Estelle are going to get together. This is so implausible as to be ridiculous because, first, she has been so vile throughout that any romance with clean-cut Audie would be unthinkable; second, la Crowley was such a bad actress and her sob-story speech (she only kept the money to save her sick kid sister or something) is totally unbelievable – you are sure she is lying; and lastly because this part of the script is lousy. The whole thing doesn’t work at all.


Still, Audie has to get to go off with the girl, I guess, so we’ll just have to put up with it.


There was a 1950 Republic Western The Showdown, another Universal one titled Showdown in 1973 with Rock Hudson and Dean Martin, and there were Showdowns at Abilene (Jock Mahoney), Boot Hill (Charles Bronson) and various other places, so if you want Audie, make sure you get the right showdown. 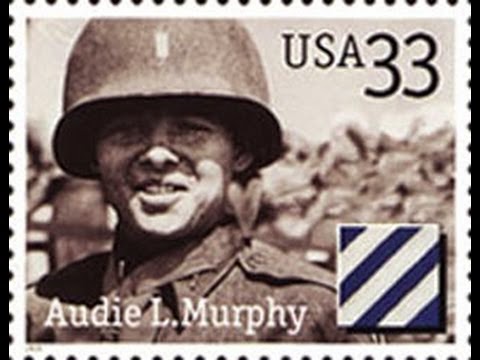