A Serpent’s Tooth by Craig Johnson


“How sharper than a serpent’s tooth it is to have a thankless child.” King Lear, Act I Scene 4.


A Serpent’s Tooth (Viking, 2013) is the ninth novel (the twelfth episode if you count in the short stories) in the series of adventures of Wyoming sheriff Walt Longmire.

Episode 9
They aren’t really Westerns, these stories, being more present-day police procedurals, but any tale which features a Wyoming sheriff is going to have Western tints to it, and our hero Walt often refers to the old days in the state. Western firearms, Native Americans and old outlaws feature quite strongly. Maybe Walt was related to Alec Longmire, the gunslinger in Red Sundown.


A Serpent’s Tooth is especially interesting from a Westernista’s point of view because one of the main characters in it is Orrin Porter Rockwell. He claims to be over two hundred years old and the Man of God, Son of Thunder of Mormon history/legend. While we readers are slightly skeptical of the truth of this claim, we are prepared to suspend our credibility for a while and see how it turns out. Certainly this strange fellow knows an awful lot about Rockwell, remembered or not, rather in the way that Brushy Bill Roberts did when he claimed to be Billy the Kid, and well, who knows?


Orrin Porter Rockwell (1813 – 1878, or still alive if you believe this chap) was a lawman in the Utah Territory. Known as Old Port, or more forbiddingly as The Destroying Angel of Mormondom, he was the bodyguard, more of a sidekick really, to Joseph Smith, and later Brigham Young. Rockwell was born in Massachusetts and baptized into the Church of Christ, as it was known, at the age of 16. Rockwell was only semi-literate and wrote no autobiography or journal, but he was a great teller of yarns and it isn’t easy to separate fact from fiction, as is the case with his impersonator/older self in A Serpent’s Tooth. 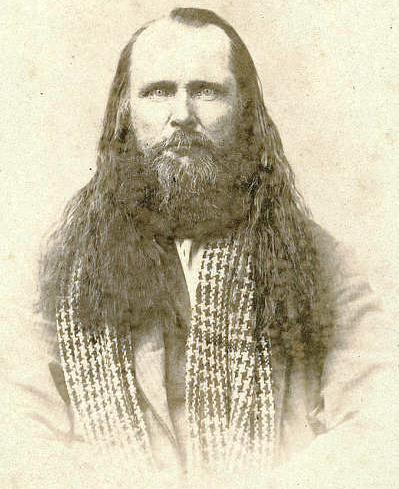 Orrin Porter Rockwell
Orrin had long hair (as you can see from the portrait) because Smith told him, “I prophesy, in the name of the Lord, that you — Orrin Porter Rockwell — so long as ye shall remain loyal and true to thy faith, need fear no enemy. Cut not thy hair and no bullet or blade can harm thee.” This Samson-not-terribly-Agonistes certainly made the most of the prophecy because he is alleged to have gone about as a gunfighter killing enemies (his own and of Mormonism) with abandon, and was never hurt. He is said to be the original author of the saying much quoted in Western movies, "I never killed anyone who didn't need killing.”


Missouri Governor Lilburn Boggs wasn’t a terribly good friend of the Mormons. In fact he declared, “The Mormons must be treated as enemies, and must be exterminated or driven from the State if necessary for the public peace—their outrages are beyond all description” and he signed an executive order to this effect in 1838, evicting Mormons from his state “by violent and deadly means”. On the rainy evening of May 6, 1842, Boggs was shot by someone who fired at him through a window as he read a newspaper in his study. Two balls were lodged in his skull, another in his neck, and a fourth entered his throat, whereupon Boggs swallowed it. Amazingly, he survived. 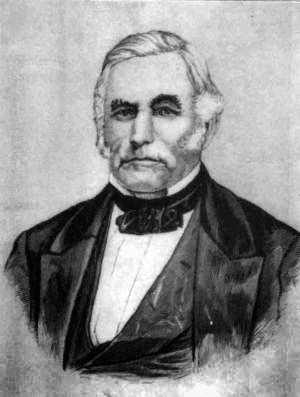 Governor Boggs
Sheriff JH Reynolds suspected Rockwell of the crime and held him for trial. But Reynolds had no hard evidence and celebrated lawyer Alexander Doniphan successfully represented Rockwell, who was freed. Did Rockwell do it? Mormons say no, of course. But it is said that Smith had offered a cash reward to anyone who would assassinate Boggs, and also that Smith privately admitted that Rockwell had done the deed. Certainly Rockwell’s contemporaries thought him guilty. We’ll never know for sure but it was a notorious affair.


After the death of Joseph Smith, Rockwell followed Brigham Young into Utah. In 1849, Rockwell was appointed deputy marshal of Great Salt Lake City and remained a peace officer until his death - if he died. In 1860 the famous explorer Richard Francis Burton came to Salt Lake City and stayed with Bishop Dayton in a village near the city. One evening Dayton invited Rockwell to dinner. Rockwell and Burton drank Valley Tan Whiskey deep into the night with Rockwell giving Burton advice on his onward journey to California. Burton should carry a loaded double-barreled shotgun, sleep in a "dark camp" and avoid the main trail, where "White Indians" preyed on travelers. Seems liike sound advice to me. 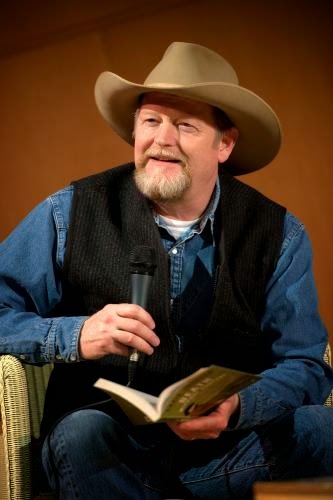 Craig Johnson
Apostle Joseph F Smith said of Rockwell at his funeral (if he had one), “He has his little faults but Porter’s life on earth, taken altogether, was one worthy of example, and reflected honor upon the church.” Yes, well, I think "little faults" doesn't quite cover it.


Rockwell was portrayed on screen by John Carradine in the 1940 film Brigham Young, and by James Coburn in the 1995 TV movie The Avenging Angel. He was played by Randy Gleave in the 1994 film Rockwell.


A Serpent’s Tooth is about Mormons and Mormon-like sects who have a sinister agenda. The boss is the four-hundred-pound Roy Lynear, an excellent baddy who back in the day might have been well played by Burl Ives. There are powerful Big Oil conglomerates in play and the CIA. But Walt and his deputy Vic Moretti, aided of course by the Cheyenne owner of the Red Pony, Henry Standing Bear, foil their dastardly plot. This time Walt has a pretty high casualty rate among deputies and they fall like flies.


I enjoyed it. I enjoy all the Longmire books. They carry you along in a whodunit way and, as I say, have these Western touches. Next in the series is Spirit of Steamboat.