The Gundown (aka True Gun) could appear in the DVD racks of your local store or in your TV schedules. It’s one of those made-for-TV or straight-to-video efforts of recent times and as such is very typical. Standard clean-up-the-town plot, uninspiring acting, clothes which are too obviously costumes, indifferent writing, corny music, happy-ever-after ending, but quite pretty, all a bit safe and bland. 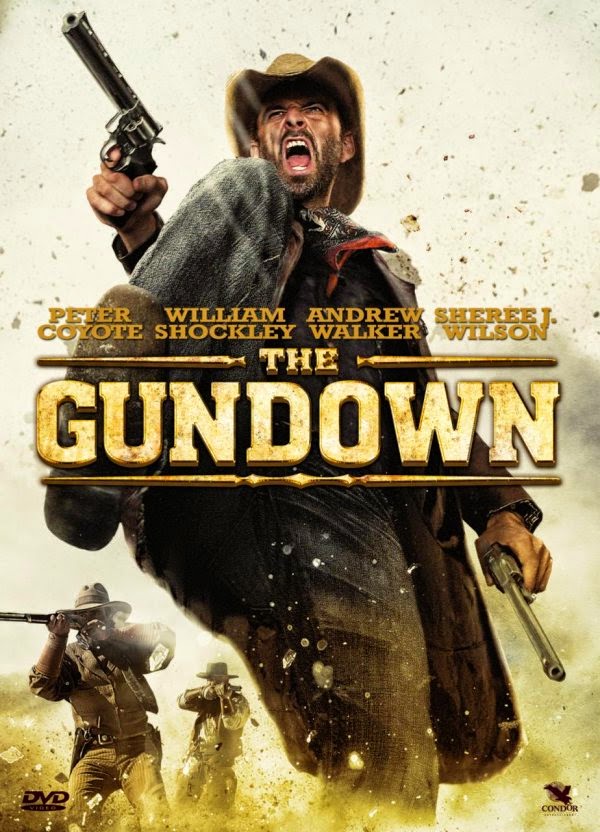 Skippable, but you could watch it if there wasn't a proper Western on
It stars Andrew W Walker, in one of three such Westerns (his others are the Canadian effort Lawman, aka loads of titles, and Ambush at Dark Canyon, another one directed by Dustin Rikert, like The Gundown). Mr. Rikert has made six Westerns so evidently likes the genre. Andrew Walker is OK, I guess. Certainly no worse than other modern stars. He tries to be a tough gunman. You can tell he is a gunman because his name is Cole. He is tracking the men who killed his wife and child. We kinda guess that he’s going to find them.

Walker, not Texas Ranger
The co-star is Peter Coyote, who is Thomas Morgan, the owner of a no-gun saloon in the town of Dead River. The town badman, Travis McCain (William Shockley) owns a rival saloon (guns allowed) and is running a protection racket on the local businesses. He wants to drive Mr. Coyote out and take over his emporium. 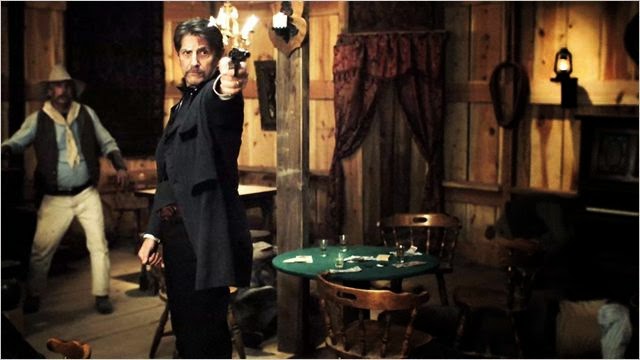 Peter Coyote, saloon owner
Coyote’s partner is his noble wife Sarah (Sheree J Wilson, Mrs. Chuck Norris in Walker, Texas Ranger), who decides to soldier on when her husband is gunned down by Travis’s hoodlums, while Travis’s sidekick is the delectable Dulcie (Veronica Diaz), curvaceous gunslingerette with tight-fitting duds. She has a bad hat and there are those stupid phew-phew noises when she twirls her pistol, which she does often. 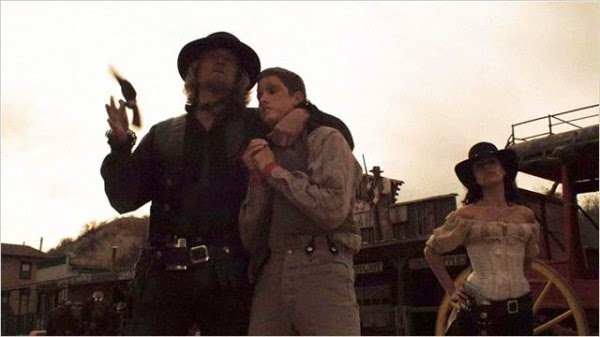 Badman McCain and sidekickette Dulcie
Coyote (great name for a Western actor) was General Crook, briefly, in Deadwood, Buffalo Bill Cody in Buffalo Girls, and he was in another couple of TV Westerns. So he brings a bit of weight to it. But he doesn’t survive the first reel, if they have reels these days.


It’s set in the Benson area, there are 7 baddies in the showdown, and there’s a nice silver-edged Winchester. So it’s not all bad. There’s the odd bare breast and f- word. But really nothing makes The Gundown stand out. In the old days it would have been a standard B-Western. If it comes on TV you could skip it but you could also watch it if there wasn’t a proper Western on at the same time.