The first of the De Toth/Scott Westerns

Man in the Saddle is an early-50s Randolph Scott Western for Columbia directed by André De Toth. That sentence alone tells any passing Westernista a lot.


Austro-Hungarian De Toth, dashing in his uniform film director’s eyepatch (like Raoul Walsh but unlike John Ford, other patch wearers, he only had one eye), had been an actor, then writer, editor and director in Europe. He fled to England when war broke out and worked under Alexander Korda. He emigrated to the US in 1942 and was fêted as a top-drawer film maker of an intellectual kind but he reveled in hard-boiled American crime pictures, and he loved Westerns. He gave them all a hard edge and made them really quite violent for the day. His first as director (a job John Ford passed on to him) was outstandingly good, the 1947 noir Ramrod, with Joel McCrea, based on a Luke Short story. He then worked on the screenplay of the superb Henry King-directed Gregory Peck film The Gunfighter in 1950, another classic of the genre. It was a stellar start. Man in the Saddle was his third oater, and it was the first of six he made with Randolph Scott. Later he made Springfield Rifle with Gary Cooper and The Indian Fighter with Kirk Douglas and if these weren’t exactly at the very pinnacle of the Western as art form, his Day of the Outlaw with Robert Ryan in 1959 most definitely was. André De Toth, e-pards, was a considerable talent at our beloved genre. His real name was sasvári farkasfalvi tótfalusi Tóth Endre Antal Mihály but maybe we'll just stick to André De Toth. 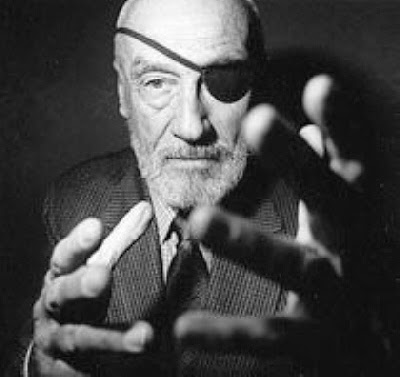 André De Toth
Man in the Saddle was written up into a screenplay by Kenneth Gamet from an Ernest Haycox novel. Gamet was a very experienced Western writer. He did 44 big- and small-screen oaters in all and he had done a splendid job adapting another Luke Short novel, with Randolph Scott in the lead, one of my favorite Western movies, Coroner Creek, in that grand cru year of 1948. Like De Toth, Gamet worked a lot with Randy. Of course Ernest Haycox is one of the towering giants of the Western novel and short story, so Gamet and De Toth had great material to work with. 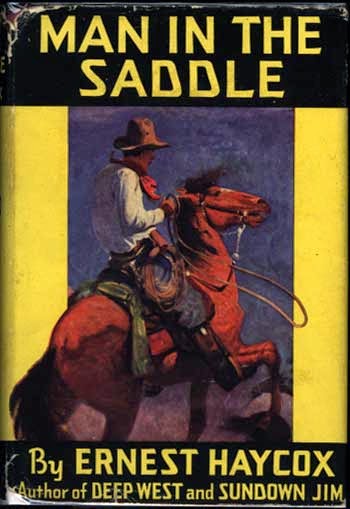 
Man in the Saddle was produced by Scott with Harry Joe Brown, who was a class act.

Scott's business partner Harry Joe Brown
So far, so very, very good. With Western production, directing, writing and cinematography like that, this picture was set fair to be a classic of the genre. In the cast with Scott were John Russell, Alfonso Bedoya, Guinn ‘Big Boy’ Williams and Cameron Mitchell, and Western fans will know them all as stalwarts.


The story is a pretty standard one of decent small rancher vs. ruthless cattle baron (Alexander Knox) who wants the whole valley, and this was done so very many times that it is hard to bring a fresh viewpoint to it. Naturally there’s a love interest, as the hero’s girl (Joan Leslie) deserts him for the rich rancher who can give her what she wants. She comes across as a pretty unsympathetic gold-digger, and Scott’s character appears pretty spineless for letting her go. Scott is reluctant to get involved in a range war but is finally drawn in and then sparks fly. It all seems predictable and does not engage too much. The Mexican ranch hands are stereotypical (one calls a man “a jello coward”). 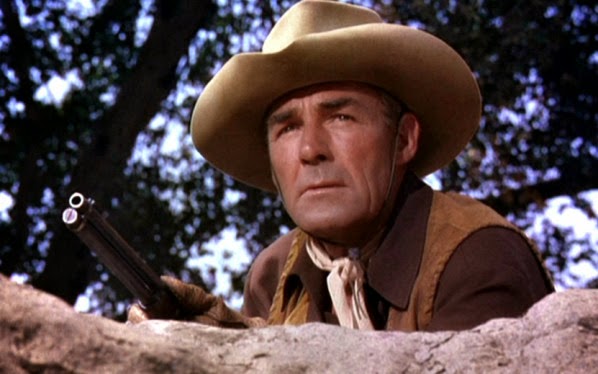 King of the 1950s Columbia Westerns
De Toth himself was rather slighting about Randolph Scott. He said of Harry Joe Brown and Scott that “Neither of them knew much about stories. They didn’t fight about story points. They cared about money, all right, but unfortunately they didn’t care enough about films.” Perhaps this lack of electricity between director, producer and star led to a certain lackluster quality in the film. It didn’t stop De Toth doing five more Westerns with Scott, though.


Still, there are some good scenes, notably the fight in the darkened saloon and the part by the waterfall in the snow. The story follows the Western conventions and the characters behave in a fashion appropriate to the genre. There’s a stampede and a burning wagon. Bedoya has a great hat. There’s a nice Tennessee Ernie Ford ballad and not a bad score by George Duning. Leslie has red hair and scarlet lips.


Apart from Scott, John Russell was about the best actor, playing Clagg, Randy’s rival for the hand of the ingénue fair maid (Ellen Drew). You know John Russell, Lawman on TV and outstanding as the hired marshal Stockburn in Pale Rider. Cameron Mitchell was always good and he is excellent here as a character of barely suppressed violence. Richard Rober also did a good job as badman Fay Dutcher. He only did five Westerns. Pity, he would have been good in more. Alexander Knox was reliably good as the ruthless rancher. 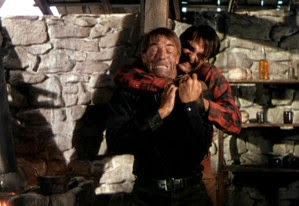 Randy slugs it out with John Russell in a collapsing cabin
Scott’s character may not want to start a range war (like Glenn Ford in The Violent Men) but he’s pretty damn tough once he does. There’s a good bit where Dutcher nervously asks, “You wouldn’t shoot a man in the back, would you?” and Randy replies, “I could you.” The punch-up with Russell in the collapsing cabin is tough stuff.


Don’t get me wrong. I’m not saying this is a bad Western, and it deserves its three-revolver rating. But given the line-up, cast and crew, we expect more and it is a bit on the routine side. The De Toth/Scott combo would produce better things later…