Desolation Canyon is a made-for-TV movie of 2006 starring Bobby Ewing and Frank James. Well, I can’t help thinking of Patrick Duffy as Bobby Ewing anyway, and I think many who like me had the misfortune to have a family that followed Dallas and who were forced to sit through episodes (well OK we weren’t forced) of that dire soap will also think of him as such. Mr. Duffy was in five oaters but two of them were episodes of Dead Man’s Gun and the others were TV movies, so we can hardly account him a Western specialist. Stacy Keach, however, was Jesse's brother Frank from The Long Riders (which he wrote and produced with his brother James) and Doc Holliday to Faye Dunaway’s Katie Elder in 1971, as well as being Bad Bob in The Life and Times of Judge Roy Bean in ’72, so he was more used to the saddle and a Colt, usually as a badman. In this late offering both gentlemen are a bit gray in the muzzle and long in the tooth but then hey, who isn’t. 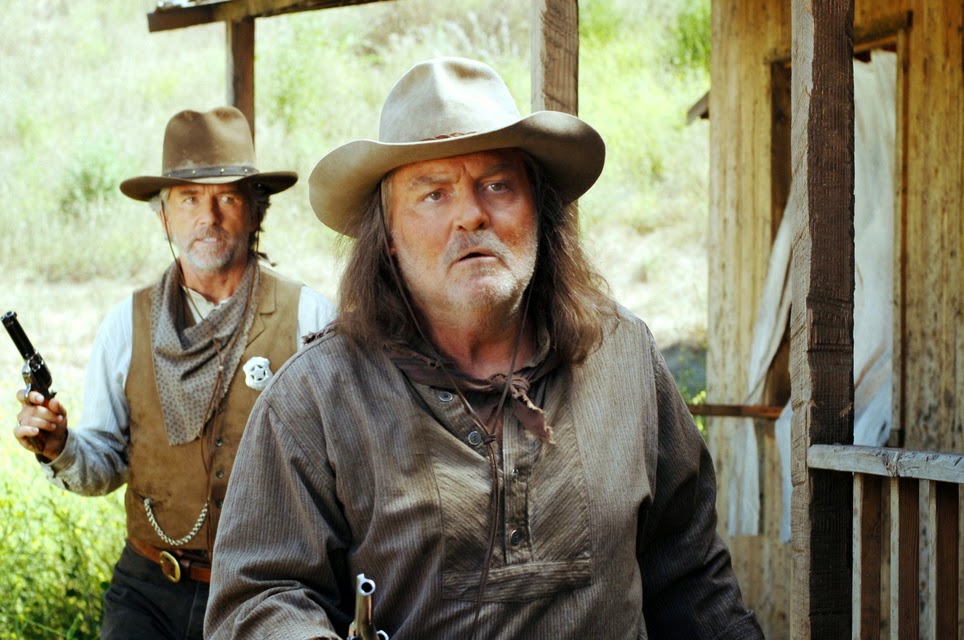 Gray in the muzzle
Now, if you accept family-friendly Hallmark Westerns for what they are, with all their sickly-sweet kids, B-actors in overly clean costumes and perfect white teeth, heart-warming endings, no bad language or sex (for of course it’s acceptable to see people being shot to death but not people making love), if you are OK with the look of the thing (for you can immediately tell it’s a TV movie, can’t you) and the fades-to-black and all the rest, if you accept all this, I say, you’ll be satisfied with this offering. It is innocuous enough. 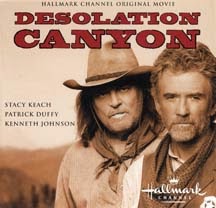 OK if you like Hallmark
It’s the old ‘outlaw-gang-pursued-by-posse' plot, which of course has been done a million times. They tried to add a little spice to this one by having one of the outlaws as posse-member Stacy’s son, and a couple of hard-boiled bounty hunters, one a fierce Mexican, also on the trail of the badmen. The gang kidnap Stacy’s grandson and the lad turns out to be plucky and resourceful, in a Jim Hawkins kind of way. Messrs. Keach and Duffy (the latter is a Swede sheriff) set out in pursuit and are aided by an Eastern banker dude (David Rees Snell) who turns out to be rather tougher and more useful than expected, à la The Last Hard Men or Posse from Hell, that kind of thing, you know how they do. 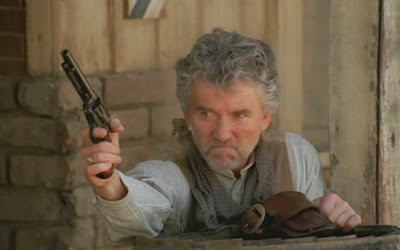 Tough Swede
The outlaw boss is Kenny Johnson, in his only Western, but he isn’t especially nasty or cruel, doubtless at least as much the fault of the screenplay writer (Dan Fitzsimons) and director (David S Cass Sr.), and not all Mr. Johnson’s. Monsieur Cass directed a lot of TV Westerns (several of which we have already reviewed on this brilliant blog) and had worked (as an actor and stuntman) on the likes of McLintock! and Shenandoah way back in the 1960s as well as a lot of episodes of Gunsmoke, Bonanza and so on. This was, however, writer Fitzsimons’s only oater. 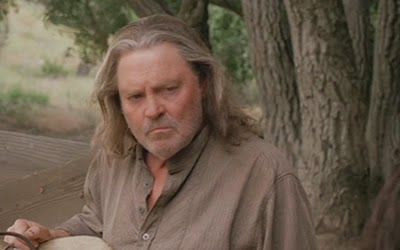 Retired gunslinger rides on posse to get grandson back
Well, Bobby and Frank eventually catch up with the gang, there’s a shoot-out and they get the kid back. You knew all that anyway, so it isn't a spoiler. The ending is the worst part: it’s excruciatingly heart-warming. How I despise the heart-warming bits. Oh well, hey ho, it could have been worse, I suppose, and after all, they are still making Westerns in the 21st century so all power to their collective elbow.


I don’t think it’s got anything to do with Desolation Canyon, Utah. In fact I don’t know why it’s called that at all. Quite a good name, though.