Considering the genre (family TV Westerns) this is quite good

The good news is that they are still making Westerns. The slightly less good news is that many of these Westerns are for the TV market or straight-to-video, and are pretty ordinary. They tend to be ‘safe’ and bear the, er, hallmark of so-called family entertainment. And the actors all look far too modern, with perfect skin and teeth. And their diction is 21st century Californian too.


However, every so often you get one that is a cut above that. Shadow on the Mesa does suffer from the last of the defects listed (overmodern and unconvincing young actors) but actually it has a sharp edge and could perfectly well have been made in the 1950s with, I don’t know, Sterling Hayden or Forrest Tucker in the lead. It is an old B-Western redux. Given the Boetticher/Scott treatment (or even Mann/Stewart) it could even have been a classy picture. I am sometimes a tad rude about Hallmark but I do try to be fair and this picture, aired on that channel, is really not at all bad. 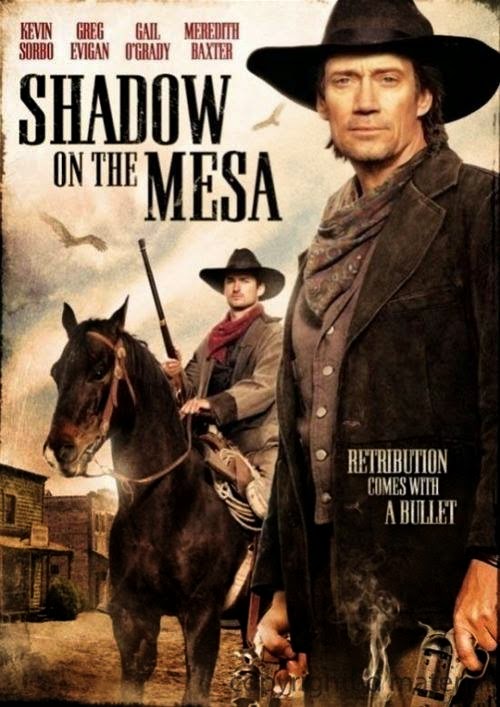 The best thing about the movie is that Barry Corbin is in it. Older and jowlier, sure, but still going strong in 2013. Of course Western aficionados (that’s us, e-pards) will remember Barry best as Roscoe Brown but he has been in a lot of Western TV shows and is always a delight to see. In Shadow on the Mesa (nice title) he plays the adoptive grandfather of the hero. It’s rather a talky and inactive part but he does it really well. Sadly, he is written out after the first reel. If they still have reels. 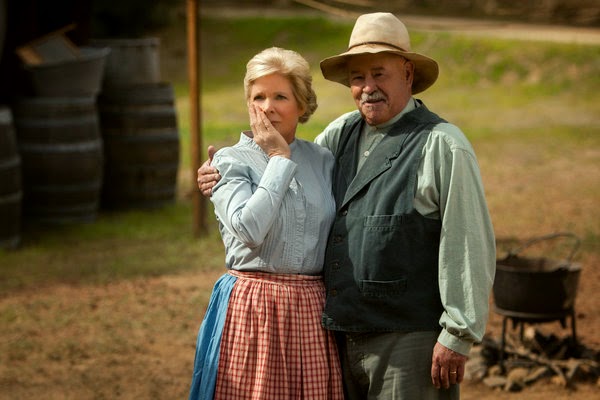 Probably the best actor after Barry is Kevin Sorbo, as the hero’s real dad. Hercules has been in a few oaters and this was his third TV Western (after Avenging Angel and Prairie Fever) and a couple more are projected for this year. The hero Wes is played by Wes, with Wes Brown as Wes Rawlins. He’s not an actor I know (he had a small part in the 2012 Wyatt Earp’s Revenge) but he isn’t bad as the unsmiling sometime bounty hunter out to avenge his murdered ma. He does, as I said above, look very modern but you can’t really hold this against Westerns. Every generation of oater imposed its own ‘look’ on the movies of the day, and we have 50s Western heroes in Brylcreemed hair and baggy pants. They almost never look like the photographs of the real Westerners of the time. Except maybe William S Hart in the 1910s.


Another good actor, in a smaller part, was Dave Florek as the ranch hand Baldy. Gail O’Grady as Sorbo’s wife, however, showed us that mascara and false eyelashes were surprisingly common on the nineteenth century prairie. Almost as bad as Shirley MacLaine in Two Mules for Sister Sara.


It’s the old tried-and-tested plot about the big rancher trying to drive off the smaller homesteaders and get the whole valley. Still, nothing wrong with tried and tested plots.


Don’t expect too much – it’s Hallmark after all – but this is certainly one of the better recent TV Westerns.