The Lone Ranger and the Lost City of Gold (United Artists, 1958)

We start with a musical recap of the backstory in a cheesy song by Lenny Adelson and Les Baxter and briefly see the Rangers shot down again and Tonto rescuing Ranger Reid and taming Silver. We see the famous fancy two-gun rig (he didn't have that in the 1949 pilot film) and silver bullets. 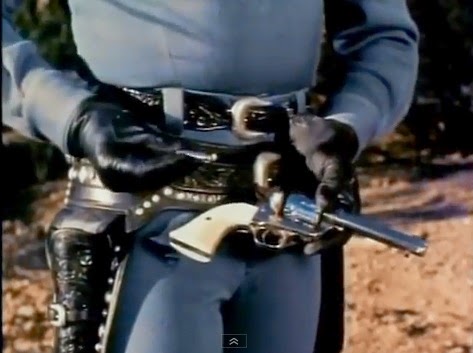 The fancy two-gun rig and silver bullets
Then the credits (with proper Rossini) reassure us that Clayton and Jay are back (phew, we don’t want anyone else), Jack Wrather is producer and so on, so it’s all kosher. This time the director is good old Lesley Selander, who directed oodles of oaters, from a Buck Jones spectacular, Empty Saddles, in 1936, to the Howard Keel/Yvonne De Carlo epic Arizona Bushwhackers in 1968, with about a million Laramie episodes on TV in between. He hadn’t done any Lone Ranger, though.


The cast isn’t as strong as the 1956 movie, The Lone Ranger, however. We only get Douglas Kennedy and Noreen Nash as the bad guys. Before, we had the almost ideal combo of Lyle Bettger and Robert J Wilke. Now there you have world-class badmen. Doug Kennedy didn’t cut it at all, I fear. He was OK as Steve Donovan, Western Marshal on TV, I guess, but was always a bit of an also-ran in films. 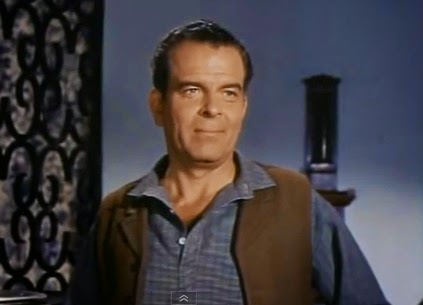 Disappointing chief heavy Kennedy
He had been in seven Lone Ranger episodes, though, so maybe he had put in his time and was being rewarded. He has the thug part, as Ross Brady, while the mastermind is ruthless Frances Henderson (Nash), who is determined to get her hands on a city of gold which the conquistadores had discovered but which had then been lost to history. The map was engraved on a silver plate which was cut up into five amulets. Ms. Henderson has to track these down and put them together like a jigsaw puzzle to discover the whereabouts of the untold wealth. 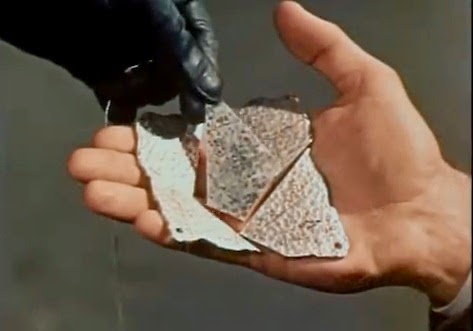 Silver jigsaw puzzle
Neither Nash nor Kennedy was in danger of winning an Oscar, and I think most people’s reaction to them would be, Who? 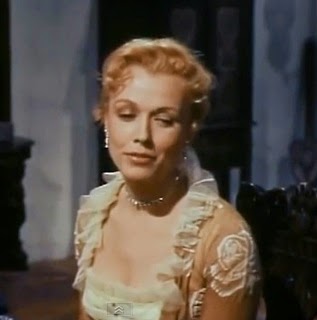 Scheming mastermind Nash
The rest of the cast is also pretty unfamous. Charlie Watts plays the odious racist sheriff but it isn’t the Rolling Stones’ drummer. 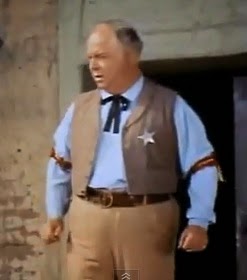 Stones drummer he ain't
Dean Fredericks plays the Indian doctor trying to be white but eventually deciding he is proud of his heritage, not ashamed of it. His amour, the Indian maid Paviva, is played by Lisa Montell. You see what I mean? These actors weren’t exactly glittering stars in the Hollywood firmament. And it shows. The acting is all rather low key.


Still, Messrs. Moore and Silverheels do the business, as do their respective equine colleagues.


It’s all shot down in Arizona and round Old Tucson, which is nice.


The Lone Ranger doesn’t disguise himself as an old-timer prospector this time but as a smooth mustachioed Louisiana gentleman. He inveigles his way into the confidence of the scheming lady crook. 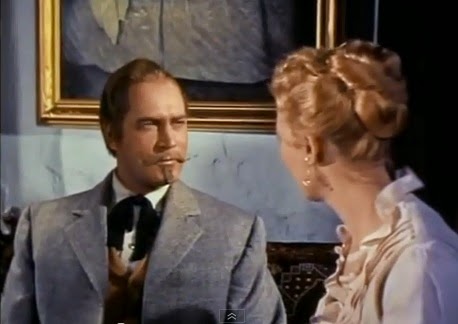 Clayton as Louisiana gent
Tonto and the Lone Ranger save a baby. Aaahh. 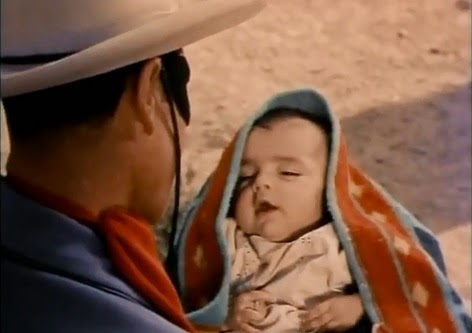 How sweet
There’s a moment when the Lone Ranger shoots to kill! I was deeply shocked. 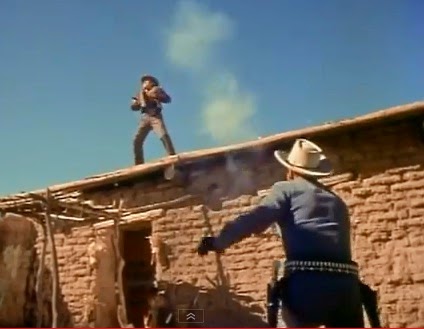 Shoots to kill!
And no one says at the end, “Who was that masked man?” That was disappointing.


Oh well. This one was all a bit flat after the thrilling big-screen The Lone Ranger of two years before. You have to watch it, naturally, but well, I’m afraid it isn’t one of their best efforts.