Nobody can outdraw that Rick Martin

Sterling Hayden despised most of the Westerns he was in. He called them "wretched". It’s a pity, because he was quite good in them. 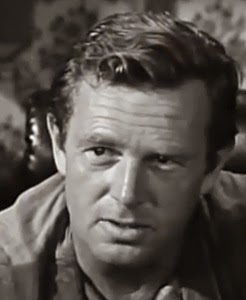 Hayden, good malgré lui
Top Gun was his ninth of eighteen. It was a black & white B-movie in a quite remarkably dime-novel style.


As an illustration, let me give you an example of the dialogue. Two young town men, one of whom I was sure from the conversation was named Lemon Soda but it turned out to be Lem Sutter (Rod Taylor), see top gun Rick Martin (Hayden) ride into town. The exchange goes as follows:


- Rick Martin, the fastest gun in the West!
- That’s what they say.
- I’d sure hate to try and prove different.
- Well, stick around. Maybe I’ll prove it for yer.
- You crazy, Lem Sutter? You wouldn’t have a chance.
- Uh-huh. He looks like a big, easy target to me.
- What’s size got to do with it? It’s speed. Nobody can outdraw that Rick Martin.
- You wanna know somethin’? I can.


It’s the sort of thing I would have loved when I was ten. Sadly, though, I don’t remember this picture from my youth and only caught it recently.


Rick Martin rides into his old town of Casper, WY to warn the folk that outlaw Tom Quentin (John Dehner) and his band of renegades are about to descend on the place and sack it. But the townsmen spurn Rick as a murdering gunman and his former fiancée Laura (Karin Booth) tells him she is marrying slick Canby Judd (a very Jack Kelly-ish William Bishop) next Sunday. 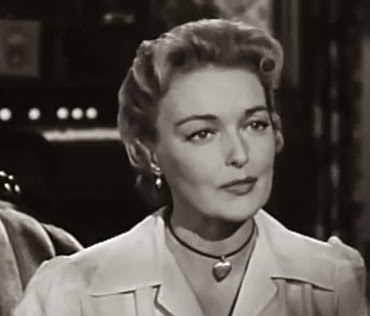 Karin Booth as Laura
The marshal, Bat Davis (James Millican) would quite like Rick’s help against the gang but the town council is made up of Judd and two pusillanimous weaklings, the store owner and saloon keeper (Hugh Sanders and Denver Pyle) and they want Rick run out of town. They herd the womenfolk into the church (all nicely concentrated where the bandits can find them) and await the onslaught. 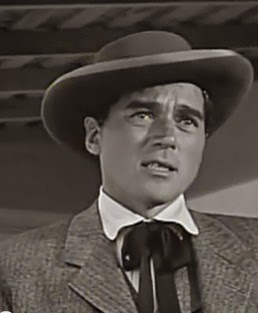 Jack Kelly-ish William Booth as slippery-tongued city slicker
That, more or less, is it. There’s a sub-plot in which Judd has swindled Rick’s mother out of her ranch while Rick was away gunslinging, and then had the woman murdered. So Rick wants revenge. It’s all set up for the climax.


I think it’s fab. Just my type of movie (for I am still ten to all intents and purposes). Dehner is excellent, as usual, and Millican is good as the marshal. 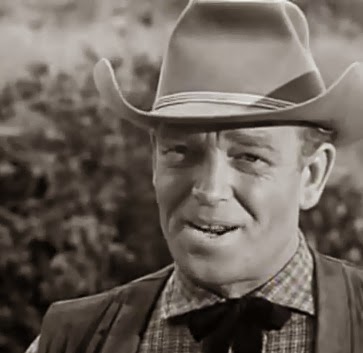 Marshal Millican
Even Rod Taylor (who was usually pretty hopeless in Westerns) is satisfactory in the punk kid role, usually the preserve of Skip Homeier. 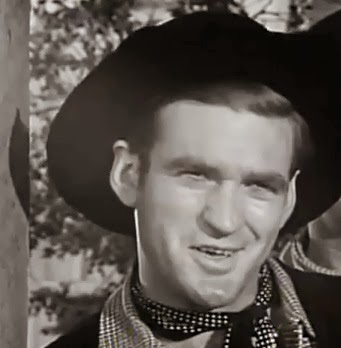 Taylor in punk kid role
In the final gunfight, Rick’s pal, hotel keeper Jim O’Hara (Regis Toomey), the only one in town who stood up for him, is shot.


- You alright?
- Sure, he just winged me.
That’s my kinda dialogue.


It’s an Edward Small production (I always loved his giant logo which screamed ‘SMALL’ but sadly this time it’s billed as a ‘Fame Pictures’ film), released through United Artists. It was directed by good old Ray Nazarro, who did dozens and dozens of Westerns, all very B, if not C. Nazarro’s best was probably Kansas Pacific, again with Hayden (which was rather good, in fact). The lurid screenplay of Top Gun was by Richard Schayer from a Steve Fisher story. Messrs. Fisher and Schayer had obviously seen High Noon, though they weren’t quite Carl Foreman or Jack Cunningham, I’m afraid. 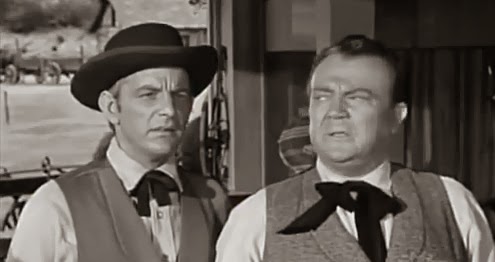 Denver and Hugh, wimps
Nevertheless, as Rick and Laura ride off to California (with no baggage) after the 73 minutes are up, you will sigh with contentment at a proper 1950s B-Western, as it ought to be.


And luckily Hayden needed the money (probably for a new boat or maybe alimony as he was usually divorcing) and he was soon back. He did three Westerns in 1955 alone. 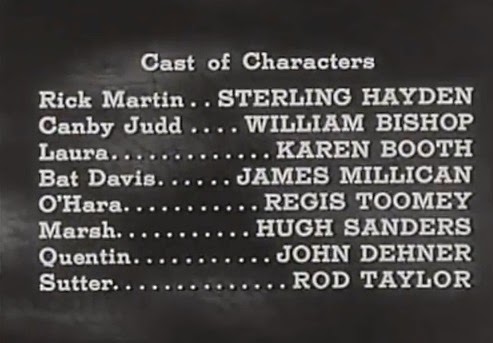 You could do a lot worse