The Last Outpost, re-released later as Cavalry Charge, is an implausible Civil War story starring Ronald Reagan and Rhonda Fleming. It has its saving graces, such as Loyal Griggs photography in Technicolor of Arizona locations around Old Tucson (dust and saguaros). Griggs of course won an Oscar for the cinematography in Shane in ’53 and he was a real artist. 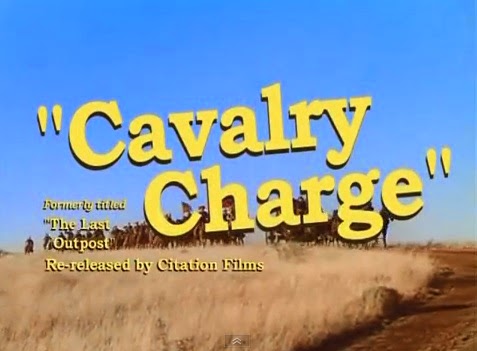 Popular at the time but a dud really
But the acting, writing and direction are pretty clunky, I fear. Only Noah Beery Jr. as a Confederate sergeant is good. Fleming, who was female lead in Gunfight at the OK Corral and Alias Jesse James, could be electric, but she isn’t here, probably because of the script. Poor old Ron was no Laurence Olivier and while he was certainly more fluid than a block of wood, it was a close run thing.  The rest of the casting was pretty bland. 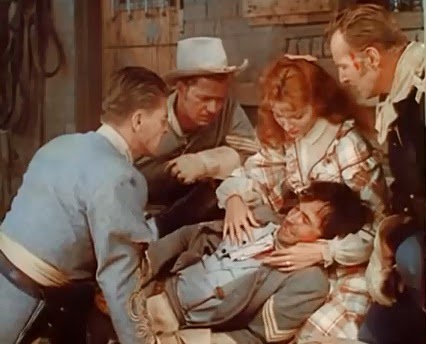 Rubens would have admired the religious composition of this picture, The Death of Noah. Beery had died in similar circumstances the year before in Two Flags West, but there was one big difference: that was a good film.
The producers of the movie were William H Pine and William C Thomas, known in the industry as ‘The Dollar Bills’ because they made movies so quickly and efficiently that they seldom lost money. This was their most expensive production to date but was also their biggest box-office success.


The film was directed by Lewis R Foster. Foster was a workaday B-Western and TV Western director. He did several of John Payne’s oaters, The Eagle and the Hawk, Passage West and The Vanquished. He got pace into his films anyway, though little in the way of subtlety, I fear. 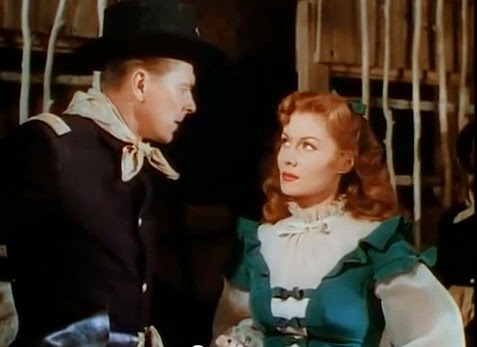 Ron 'n' Rhonda
It was written by a bunch of people. George Worthing Yates, Winston Miller and Daniel Mainwaring are all credited with working up the screenplay from a David Lang story. But they came up with an improbable tale which ends with Rebels and Yankees joining forces against the Apaches. That idea was used in Two Flags West and Escape from Fort Bravo but they were good films. 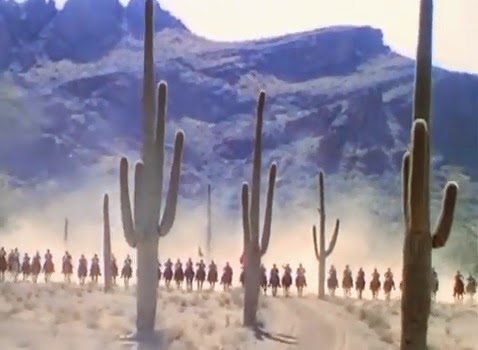 Southern Arizona, saguaros and dust
At one point Reagan switches uniforms, from gray to blue, and goes to visit Apache chiefs, talking to Mangas Coloradas and Cochise (Iron Eyes Cody and Chief Yowlachie). Meanwhile, Geronimo is a prisoner at Fort Point, having been captured after attacking a wagon train. If he is not released, Mangas and Cochise will declare war, which they do. Victorio‘s there too. It’s as if the writers got together and said how many Apache chiefs can we name? We’ll bung ‘em all in.


I recognized Burt Mustin the Great as the marshal, a bit part. This was his first Western. 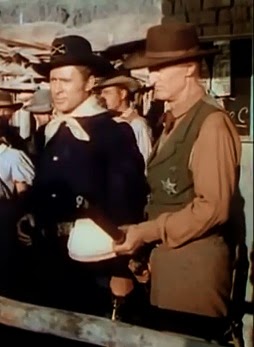 Marshal Mustin
There are very obvious tire tracks visible during the final charge. 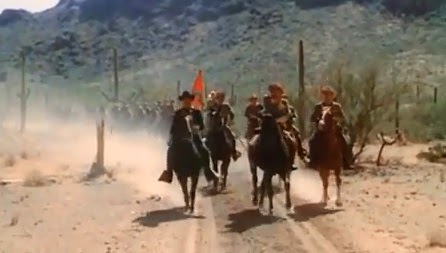 Tire tracks
Reagan has a very fancy ride and Eastern saddle. He insisted on using his own mare, which he had sent out by railroad. He was a keen horse breeder and did ride well, in an English sort of way.


Although a money-maker at the time, The Last Outpost has not lasted well and today remains eminently missable. It just scrapes to two-revolvers for the photography and Noah.