Starting up a stage line

Not the best of the ten Western films John Payne made before devoting himself to The Restless Gun on TV, The Road to Denver is nevertheless a fun B-Western with certain qualities. It was in many ways a typical Republic offering of the period, with Joseph Kane directing, slightly unstellar leads and some good character actors in support. 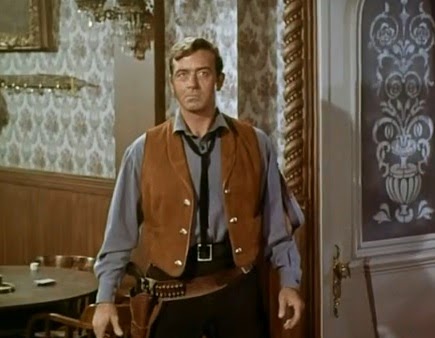 John Payne, tough guy
Kane (whose fan I am because like me he was a cellist) was Republic’s top Western director. He handled a lot of those early John Wayne efforts as well as Gene Autry and Roy Rogers programmers. "I like the outdoors. The horses. The cowboys. I like that,” he said. Sensible fellow. He started on silent Westerns in 1926 and if you count episodes of TV shows (especially Laramie) he directed 161 oaters altogether, an impressive feat. But there wasn’t a single ‘A’ picture among them. 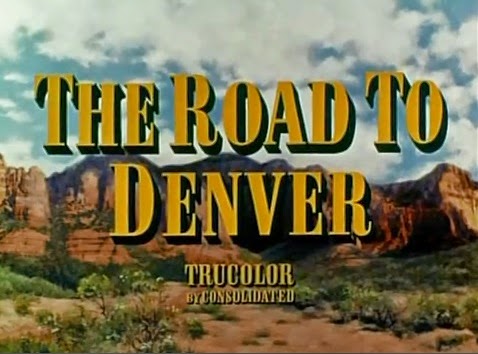 An entertaining color B
The picture was written by Horace McCoy and Allen Rivkin, from a Saturday Evening Post story by historian and novelist Bill Gulick, who also wrote the stories that became Bend of the River and The Hallelujah Trail. Rivkin only co-wrote three Westerns, all B, but McCoy worked on some very good oaters, such as Rage at Dawn, Western Union, and The Lusty Men, so he knew what he was about. The writing of The Road to Denver is conventional and fairly predictable but competent and professional, with plenty of action and some good lines, such as “This town better be big enough for both of us.”


The story concerns two Texan brothers, Bill and Sam Mayhew (Payne and Skip Homeier in unlikely casting) who quarrel. They seem to be based on Ben Thompson and his wild younger brother Billy. Sam is as stupid as he is belligerent and gets the pair into endless trouble until finally the more sober Bill can stand no more and goes his own way. Brothers slimy Skip and judicious John
Homeier specialized in punk roles. He’d had a small part as Forrest Tucker’s son in The Big Cat in 1949 but his first big part was as the punk kid who shoots Gregory Peck in The Gunfighter in 1950 and from there on he did little else. He was good punking in Ten Wanted Men and The Tall T, two of those excellent late 50s Randolph Scott/Budd Boetticher Bs, and later he punked in a great many Western TV shows. In The Road to Denver he is suitably annoying and deserves to be shot but makes an unlikely reformation in the last reel. It would have been more dramatically appropriate if he had bled out in the dust of the main street. 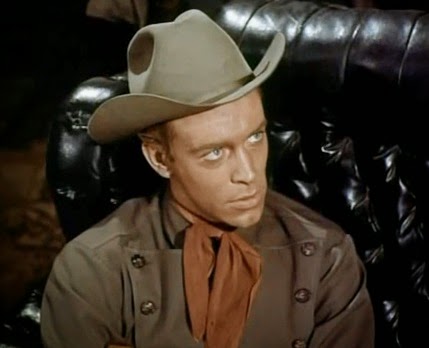 Punk
Bill gets a job from liveryman John Sutton (Ray Middleton) in Central City and becomes a partner in a new stage line they set up. Town boss and saloon owner Jim Donovan (Lee J Cobb, unusually not overacting and quite menacing) and his henchmen, an excellent crew (Glenn Strange and Lee Van Cleef - you can't hench better than that) are determined to prevent the stage line being set up, and, when they fail in that thanks to Payne’s derring-do, take it over. 
Naturally Payne’s partner has a glamorous daughter, Elizabeth (Mona Freeman, from Streets of Laredo and Branded) and when (annoyingly) the punk brother arrives in town, both brothers romance the girl, who hesitates between the two but obviously finally opts for the steady one. 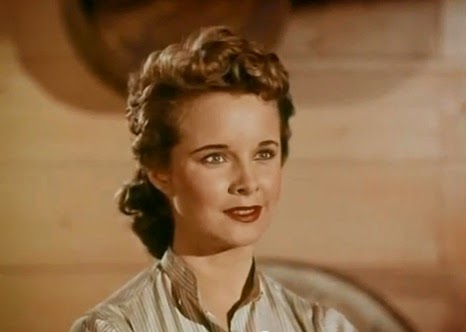 Mona Freeman
Equally obviously there’s an amusing old-timer, this time Andy Clyde as Whipsaw. There’s a fat sheriff (Paul Maxey), a good saloon (with Streets of Laredo played on the piano) and a dance. The stage is a proper Concord. Hank Worden is a horse owner (uncredited). A bad guy gets punched and lands in the water trough. Yep, many of the classic ingredients are there. 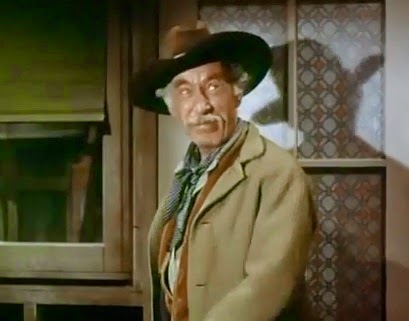 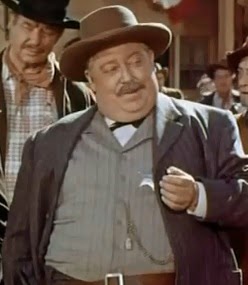 
There’s a corny ending as the happy couple ride off in the stage with Just Married tacked to the back. 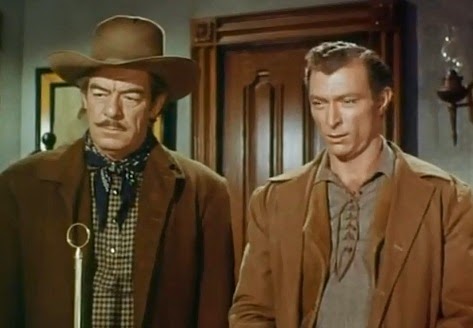 Excellent heavies, Glenn Strange and Lee van Cleef
The Road to Denver is a mainstream B-Western with few pretensions. Payne was capable of much better (such as the gritty little noir Rebel in Town). But it’s dynamic, fun and pacey. You could do a lot worse.