Gone With The Breeze

Tap Roots has been (rather unfairly) described as a poor person’s Gone With The Wind. Doubtless the huge success of Selznick’s famous MGM movie of 1939 influenced Walter Wanger to produce something similar if he could. But the description is unhelpful if you already have, as I do, a low opinion of Gone With The Wind, which (sorry if you like it) was a meretricious novel while the movie was just an expensive filming of a cheap romance. In fact Tap Roots is a rather better picture. But that doesn’t make it a good Western. Or even a Western at all.


It was hard to make a big Civil War picture before or just after the Second World War. There were still survivors of that great internecine struggle of the 1860s and there were many whose immediate family had suffered in the conflict. Passions still ran high on both sides. A pro-Union film about noble abolitionists was going to bomb in Southern theaters and one where Southern belles on their slave plantations were the heroines was going to be a flop anywhere else. The solution that George Marshall and his writers (Alan Le May adapting the novel by James Street) came up with for Universal was to invent a Shenandoah-like valley ruled by a patrician family (white, of course) which establishes itself as a neutral enclave in a mad world of war. The inhabitants of this valley are equally hostile to Federal and Confederate. They just want to farm in peace. I believe that historically there were a few such attempts, though the valley of Lebanon and the Dabney family that ruled it are fictional. 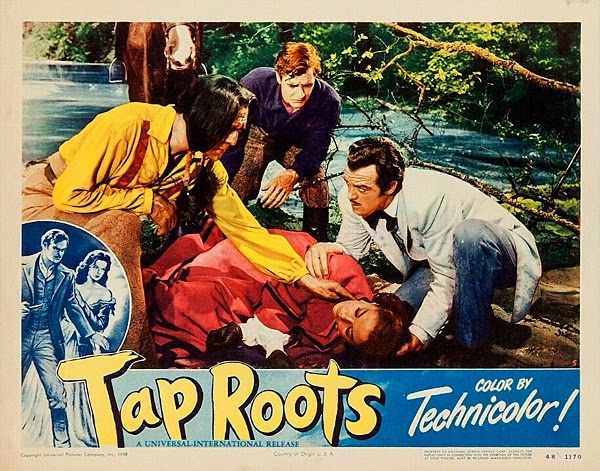 There are clear echoes on the Wind, for example at the beginning when cheerful caricature Negroes go about their work on a Mississippi plantation. Then we are introduced to a sort of Scarlett/Rhett/Ashley-type triangle as beautiful belle Morna Dabney is engaged to straight soldier Clay MacIvor who is challenged for the feisty maiden’s hand by local rich newspaper owner (and famed duelist) Keith Alexander. Sadly for Universal and George Marshall, however, the big-budget film was a financial flop in the same proportions as its famous predecessor was a hit. 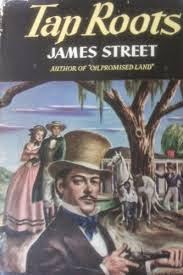 But the neutral valley is an original idea and the film is saved by the outstanding performances of its leads. The Scarlett figure is played by Susan Hayward who in my view was a very fine actor and who in fact was one of the many who had auditioned for Gone With The Wind but lost out to Vivien Leigh. That year, instead, she landed a good part in Beau Geste with Gary Cooper and then was a Southern belle in Cecil B DeMille’s Reap the Wild Wind (another Southern ‘wind’ picture). She was four times nominated for an Oscar before finally winning for her stunning performance in I Want to Live!

She was in eight Westerns. I thought she was absolutely superb in a minor but underrated 1951 picture, Rawhide, playing opposite Tyrone Power, and equally powerful (though perhaps miscast) with Mitchum in The Lusty Men in ’52 and with Coop in The Garden of Evil in ’54. She was moving as an older woman in her last picture, The Revengers with William Holden in 1972. In Tap Roots she is very good indeed, capturing excellently the insouciant beauty and spoilt-child nature of the heroine.


But even better was Van Heflin in one of his greatest ever roles as Alexander the newspaperman. He captured brilliantly the cynicism and defeatism (or realism if you prefer) of the man, gradually breaking down as his love for Morna grows. He ends up leading the doomed valley forces against Confederate incursion, a hero despite himself. 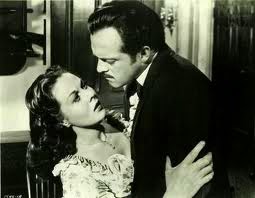 Weaker was Whitfield Connor as Clay, the fiancé of Morna who leaves the valley, goes off to fight for the Confederacy and leads the assault on the home of the woman he has deserted. He was in a couple of later Westerns, with Rock Hudson in Scarlet Angel in 1952 and with Dale Robertson in City of Bad Men in ’53, but did not convince. Equally and surprisingly disappointing was Ward Bond, miscast as the aristocratic Hoab Dabney who descends into madness as his dream is shattered and eventually keels over amateurishly in death.


Another curious aspect of the film is the part of Boris Karloff as a Choctaw Indian with an English accent who seems to be some kind of Dabney family retainer or trustee, intensely loyal. I was surprised how well Mr. Karloff rode (we see him, not a double, galloping across a river) but it is sometimes forgotten that Boris was in six silent Westerns and three talkie oaters. He’s rather good! 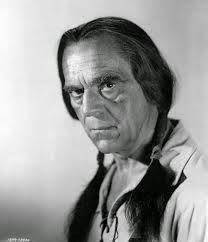 More than a love triangle it’s actually a kind of quadrilateral because when the slimy Clay abandons his fiancée he goes with Morna’s sister Aven (they all seem to have odd names). Aven is played by Julie London, later the jazz and pop singer. She afterwards got the female lead in a 1950 B-Western, Return of the Frontiersman, then as well as appearances in several TV westerns she was really quite good in Drango in 1957, and Man of the West and Saddle the Wind, both in 1958.

One last and huge advantage that Tap Roots had over Gone With The Wind: the old patriarch Sam Dabney, who founded the valley settlement in 1815 and urges his son Ward Bond to keep it neutral after he has popped his clogs is played by Russell Simpson! Russell is unusually energetic as the cantankerous old man and, of course, a joy to behold.


I would encourage you to watch this film because of its curious plot and especially because of the fine performances of Heflin and Hayward. 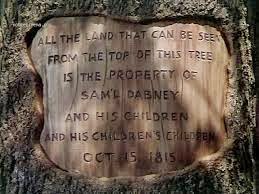