At only 65 minutes, this B-Western is a little gem.


Paris-born Jacques Tourneur, who had as a boy come to Hollywood with his father, made the excellent first Western Canyon Passage in 1946. But then followed an oaterless decade (unless you count the semi-Westerns Stars in My Crown or Way of a Gaucho) before in 1955 he directed a real delight. The stranger on horseback of the title was one of Tourneur’s favorite actors, Joel McCrea. It was their second collaboration, after Stars in My Crown in 1950. Producer Robert Goldstein (he did Robbers' Roost the same year) in fact gave McCrea the choice of director and he opted for Tourneur. 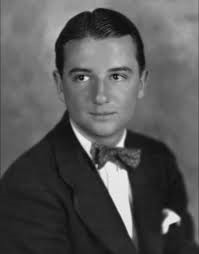 Jacques the lad
I have waxed lyrical elsewhere in this blog about the splendors of Joel McCrea as a Western hero. Let me just add here that he was one of the truly greats. Depending on your definition of a Western, this was about his fifteenth. He had done some big films for Paramount, Fox and Warners like Wells Fargo, Union Pacific, Buffalo Bill and Colorado Territory but also some excellent smaller pictures for Universal like Cattle Drive and Saddle Tramp. He was first class in all of them. 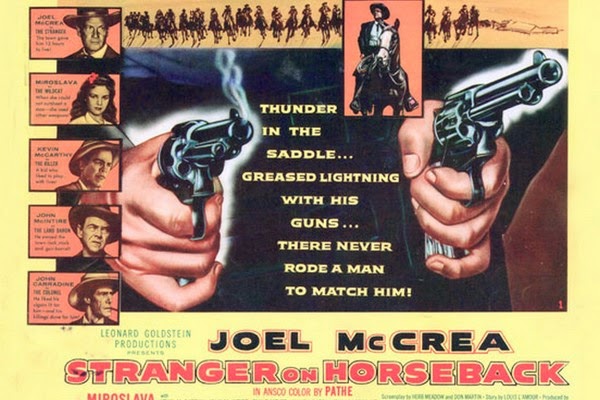 He isn't actually greased lightning with his guns
When you put Tourneur’s artistry and skill together with McCrea’s authority and subtlety, you got a really good Western, even if it was a B.


It’s the story of a circuit judge with a brace of pistols. “A United States circuit judge,” says Joel in an introductory voiceover, “needed three things to bring justice to this country: a law book, a horse and a gun. The further West, he got, the less he needed the book.” 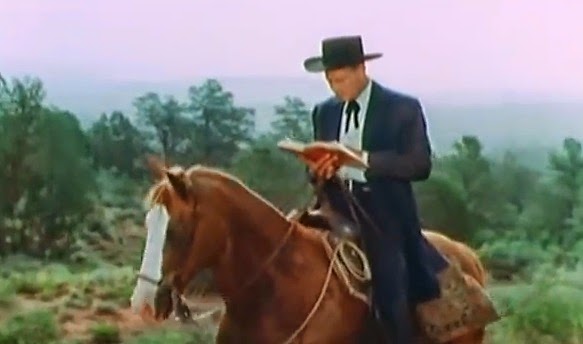 The judge brushes up on Blackstone
He arrives in a town owned by a rich rancher who is a law unto himself, and cleans it up. That’s a well-known Western trope. He throws the murderous and arrogant son of the rancher in jail to await trial. The rich rancher won’t have that. From Gun Hill to the Rio Bravo we Westernistas know this story intimately.


One of the great plus points of this version is that the rancher is played by John McIntire and the sheriff by Emile Meyer. I have always really liked McIntire in Westerns. They say he was a bit of a camera-hogger but who cares, he was also so dominant, so full of life and he made every role, even in a B, utterly convincing. He was often an avuncular doctor (think The Tin Star or The Gunfight at Dodge City) but he was also excellent as the villain – even better, maybe. He was quite splendid opposite James Stewart as the wicked judge in The Far Country, for example, and really sinister as the gambler/gun-merchant in Winchester '73. Here he is one of those admittedly stereotypical ranchers, hard as nails, who wrested the land from the Indians, fought for it and built up the huge ranch until he became the power in the land, determined to go to any lengths to keep hold of it. You know, like John Wayne in Chisum or Spencer Tracy in The Sea of Grass. 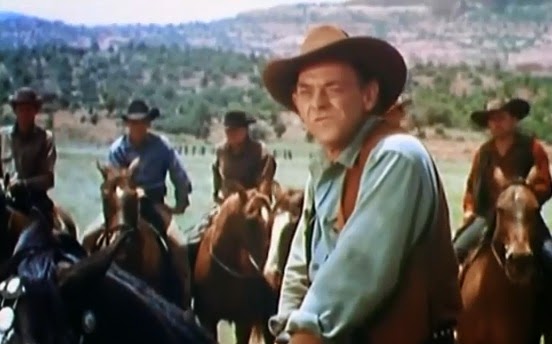 McIntire as powerful rancher
Emile Meyer is also a fave of mine. You will certainly remember him as yes, the ruthless rancher Rufus Ryker in Shane. But I liked him too in Silver Lode, Drums Across the River, Man with a Gun, and a host of others, as well as every TV Western show you care to name. That craggy, square face and big build made him ideal as a Western heavy but he was also capable of subtlety and finesse. 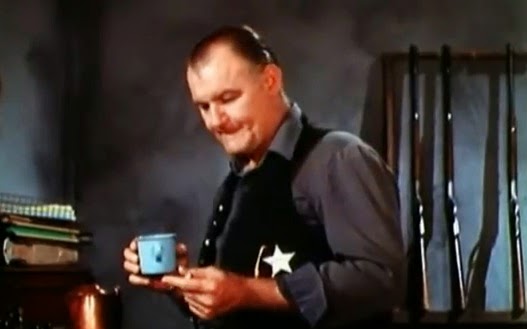 Sheriff Meyer
Here he is the classic bought-and-paid-for sheriff in an ‘owned’ town who finally stands on his feet and regains his self-respect. I know, it’s a real cliché. But I don’t care. In Westerns, there’s a fine line between cliché, convention and happy familiarity/plain ‘rightness’. And when they get it right it’s fine. Sheriff Meyer gives us a wonderful exchange with Judge McCrea:
- It’s the first time I’ve put this star on I’ve been able to work at it.
- How does it feel?
- Lonesome!
Furthermore, Sheriff Meyer has a really nice ginger cat. 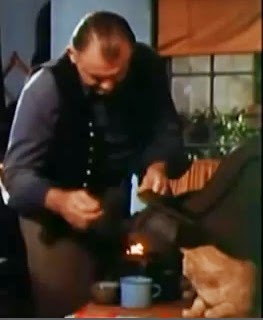 
The excellent actress Nancy Gates has a good part as a witness to the corrupt son’s crime and one of his victims, and John Carradine is there as an enjoyably scoundrelly lawyer in a planter’s hat that has seen better days, Colonel Buck Streeter, a dime-store Southern gentleman with a heart of nickel. So the acting is very good. 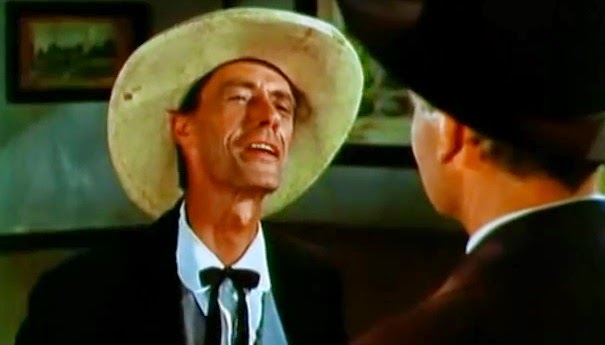 Col. Carradine
Tourneur used Ray Rennahan, one of the very best Western cinematographers, and visually this film is very good, especially once the characters get out of town and ride through that Sedona, AZ landscape (there was some Mexican shooting too). In the last part of the movie the hero takes off in a small party to take the accused for trial in another town, like Kirk Douglas in Along the Great Divide, and they have to face Garden of Evil-style dangers on a mountainous trail. 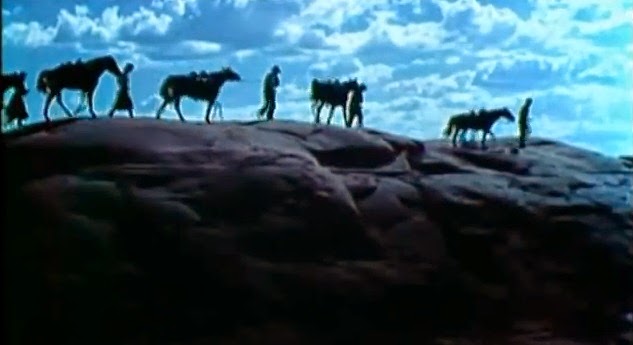 Nice
There are weaknesses, notably in some of the other parts. The female lead was Miroslava Šternová, a Czech billed only under her first name. She was a poor actress, not terribly attractive, had a strong middle-European accent and bad teeth. Otherwise she was ideal casting. 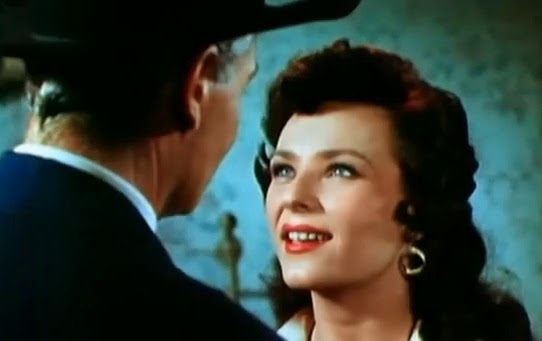 Yes, well...
The arrogant and sadistic son is played by Kevin McCarthy from Invasion of the Body Snatchers. This was only his second Western after the Dale Robertson oater The Gambler from Natchez, where he was also the bad egg. He did loads of TV Westerns afterwards, usually as a smiling badman. He didn’t convince. 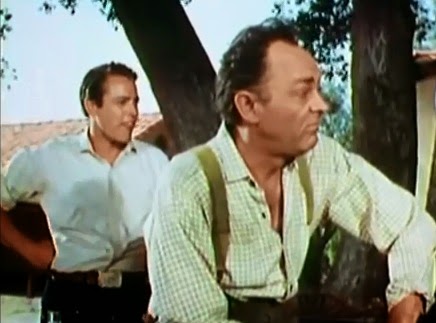 Ne'er-do-well son McCarthy with dad McIntire
But the writing is good (a Herb Meadow/Don Martin screenplay from a Louis L’Amour novel) with some snappy lines. There’s the odd amusing quirk too. How many times in Westerns has the hero come up to a pond or lake and found the heroine swimming there? Well, in this one it’s Ms. Šternová who surprises Joel. 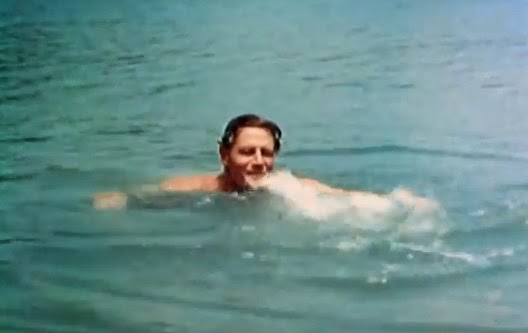 Surprised skinny dipping
This is not great landmark of the genre but it just shows that if you put a classy director and cinematographer together with a fine actor and some good writing you can end up with a terrific little Western that sticks in the memory.


McCrea told of a compliment about the film received from Louis L'Amour: "He told me that my playing of his character was exactly what he had in mind whe he wrote it. I was very proud to hear that." 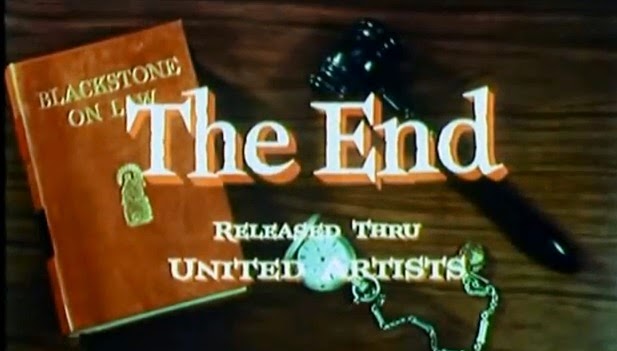