Ray Enright at his best

If I didn’t see the opening credits I would believe that this beautiful little B-Western was directed by someone classy like Jacques Tourneur. Yet it’s good old Ray Enright, workaday helmster of many a routine oater. It’s the visual inventiveness, the little quirky insertions, the surprisingly classy photography, as well as the pace and zip of the movie that make it definitely one of Enright’s very best. 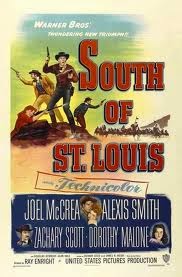 A goodie
Of course he had a fabulous cast to work with. Oft have I waxed lyrical, dear e-reader, on the merits of Joel McCrea as Western star and here, as hero Kip Davis, he is once again absolutely superb. 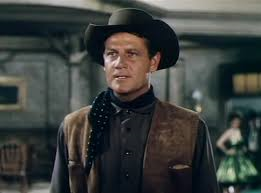 Joel the Great
Opposite him as chief badman is the splendid Victor Jory, who always looked so villainous before he even opened his mouth. Jory was in no fewer than 77 Westerns and almost always as the heavy, from the 1933 version of Smoky to The Mountain Men with Heston and Keith in 1980, with very many memorable roles between. In this one he plays the ruthless guerrilla fighter Cottrell, I suppose a deliberate play on the name Quantrell, though he fights for the North. 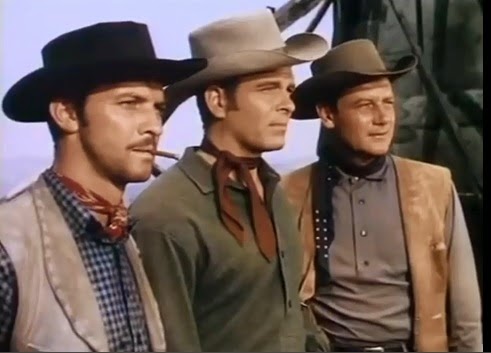 The 3 amigos
Kennedy always looked like a young Fred MacMurray, I thought. He was of course Steve Donovan, Western Marshal on TV but he was also in loads of movie Westerns, from North West Mounted Police in 1940 onwards - Montana, Sitting Bull, Rails into Laramie and many more. He is very good here, quietly powerful.


Scott as Charlie is also more than competent. It’s interesting to see how, as Charlie descends into badmanhood, he changes his range duds for a slick suit. Clothes were of course powerful symbols in Westerns. In a reverse process, when Gary Cooper takes his frock coat off after the wedding in High Noon, and for the rest of the movie is seen in a vest and shirt sleeves, that’s a sign that he has left behind his civilized Easterner pretensions and become once more the gritty Westerner. In South of St Louis Charlie’s henchman is good old Bob Steele, always reliable as heavy, and as Bob Steele graduates to be Charlie's chief thug, he starts wearing a shirt like Charlie’s when he was a rancher.

But the real sign of Charlie’s descent into city-slickerhood is his going for a derringer when struck by Lee!

Sneaky hideout gun
Only a cad would use a derringer. They were almost exclusively reserved for no-good gamblers and saloon women. 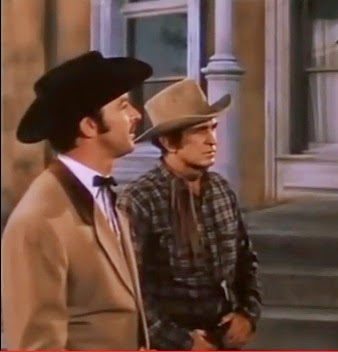 
Alan Hale, hearty as ever, is cowardly saloon keeper Jake, in a top hat. Very enjoyable. Monte Blue is there too as a captain. 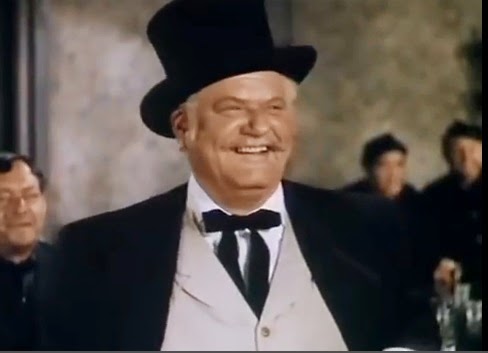 Always enjoyable
The women are the ‘good’ Deb Miller (beautiful Dorothy Malone, one of my favorite Western ladies) who becomes a noble nurse but can’t wait for Joel to settle down, and the racier saloon singer Rouge de Lisle (Alexis Smith) who is all tough and cynical on the outside but really falls for Joel big time. Malone plays a decent but rather prim woman, while Smith overacts as the tarty dame. She can’t just stand still and talk to Joel. She has to wiggle her shoulders the whole time. I noticed also that her beauty spot slipped from her cheek to her bosom. Perhaps it was heavy.

Slipping beauty spot
It’s a Civil War story about gun-running for the Confederacy. Though "South of St Louis" was a term used by both Union and Confederate armies for desertion, there is no reference in this movie to that, oddly.


There’s nice color (it's a good print) and some very attractive photography by Karl Freund, not a cinematographer I know. He did two silent Westerns way back, then of talkies this one and Montana with Errol Flynn, and that’s all. But he and Enright did a first class job in South of St. Louis. For example, the silhouettes as badman Jory shoots it out with McCrea. 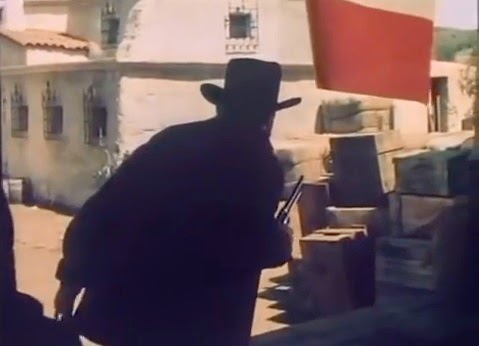 Very good photography
Freund and Enright also concentrated a lot on the boots: perhaps that’s where the spaghetti western directors got their obsession from. The three amigos wear spurs on their boots and bells on their spurs and we get to see them quite a lot. 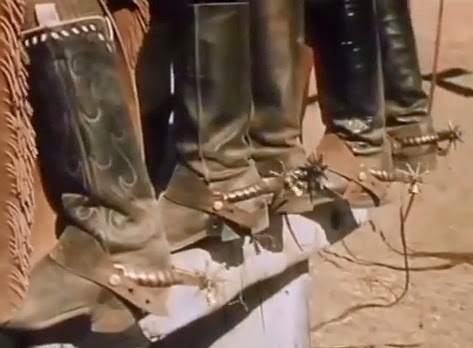 Spurs with bells
And as Joel clinks along in the walk-down to the final shoot-out, the little bell reminds us of the one on the saddle of James Stewart’s horse Pie in The Far Country. Maybe Anthony Mann got the idea from South of St. Louis.


The obligatory saloon fight is very well done. I suppose they used doubles but it doesn’t look like it.


The Max Steiner music is a delight, with little dark variations on Yankee Doodle and Dixie here and there.


This is a classy little Western, slickly put together by Warners, which I recommend you to watch. 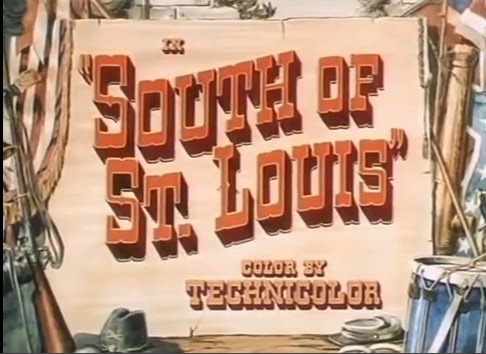