Frontier Marshal was an important addition to the WyattEarp/Doc Holliday myth. It was the first time that the Tombstone story had been told with a named Wyatt Earp in the lead (there had been a cameo by Bert Lindley in the 1923 William S Hart silent Western Wild Bill Hickok). Considering the huge popularity of the story and the success of Stuart N Lake’s book Wyatt Earp: Frontier Marshal back in 1931, you would have thought that such a film would have come earlier. But the heirs and survivors of the Earp family guarded their rights jealously. Fox had produced an earlier film, the first Frontier Marshal, in 1934 but this featured “Michael Wyatt” (George O’Brien) and “Doc Warren” (Alan Edwards). Universal's 1932 picture Law and Order also told of Earp and Holliday but they were named Frame 'Saint' Johnson (Walter Huston) and Ed Brandt (Harry Carey). So Randolph Scott had, therefore, the honor of playing the first true Wyatt Earp on screen, ten years after the death of the 81-year-old Earp in Los Angeles. 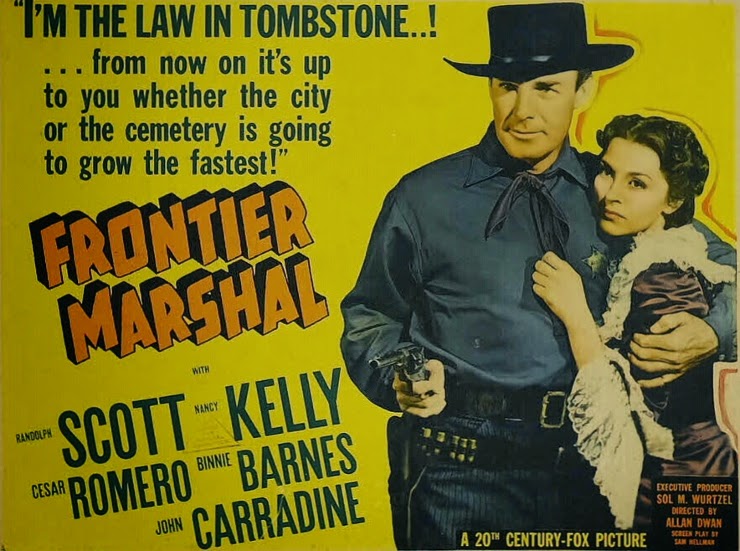 Adult Westerns were just coming into vogue in 1939. Stagecoach, of course, but also high-budget offerings from big studios, like Warners’ Dodge City, a sort of Wyatt Earp picture, with “Wade Hatton” (Errol Flynn) cleaning up Dodge, Universal's Destry Rides Again with Dietrich and Stewart, and Paramount’s Union Pacific with Joel McCrea building a cross-continental railroad. Fox could easily have got in on the act with a big-budget color ‘A’ picture about Wyatt Earp. But they chose instead to go with the Jesse James myth (for which they had also paid the surviving family for the rights) and their lead man Tyrone Power played Jesse opposite Henry Fonda as Frank in the very successful if historically false Jesse James. The Earp story was relegated to a small black & white B-Western with Randolph Scott. 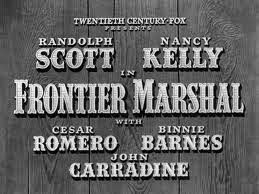 Scott always seemed to be the lead in B-pictures and support actor in A-ones (such as Jesse James, where he was a US marshal, friend of the James family). He had started in Westerns in the early 1930s with Paramount’s talkie versions of Zane Grey stories, Heritage of the Desert et seq. He had become a star with his Hawkeye in the 1936 The Last of the Mohicans. Frontier Marshal was probably his biggest Western lead part since.

Fox got Allan Dwan to direct it. You probably know Allan Dwan if you are a Western fan. He was amazingly prolific. According to Kevin Brownlow in The Parade's Gone By, Dwan thought he'd directed over 1400 films, between his arrival in the industry in 1909 and his final movie in 1961. He was a technical innovator: he pioneered the dolly shot back in 1915 and on tracking shots he said, “There's always a certain amount of camera improvisation. If a man is being pursued and the pursuers are more interesting than the pursued, I'll track to include them. Things would occur on the set and sometimes ahead of time.” 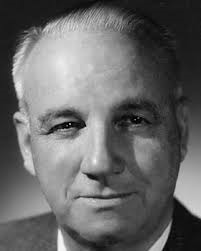 Dwan understood the Western. He should – he directed 171! But 157 of these were silent movies produced between 1911 and 1917. Then there was a long pause until the very average Tide of Empire in 1929, one of those movies on the cusp between silents and talkies. Frontier Marshal was therefore his first proper talkie Western and his first oater for a decade. Later he seemed to specialize in Westerns with powerful leading women such as Belle le Grand, Montana Belle, Woman They Almost Lynched and Cattle Queen of Montana. His last Western was the rather good The Restless Breed in 1957.


Frontier Marshal had a screenplay by Sam Hellman supposedly based on Stuart Lake’s book. It was Hellman’s first Western, though he wrote the excellent The Return of Frank James for Fox the year after and, more importantly, he returned to the Earp myth as a contributing writer to John Ford’s My Darling Clementine in 1946, also supposedly based on Lake. Lake himself was on the set of several of these Wyatt Earp pictures as advisor. I don’t know what he achieved, though, because history was cast completely aside and radical changes to the story were made. Mind, Lake himself wasn’t exactly a fiend for historical accuracy and Ford played fast and loose with the facts (e.g. Doc Holliday and Ike Clanton are shot dead at the OK Corral in his version). Wyatt's widow Sadie was hired as consultant by Fox, a decision the studio certainly came to regret for she spent the whole time saying, “Mr. Earp would never have done anything like that” and insisting on rewrites. 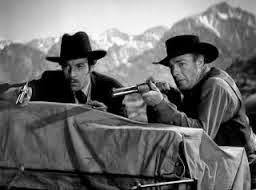 The 1939 Frontier Marshal, though, is particularly phony as far as fact is concerned. They don’t even get the year right – it’s set in 1880. Wyatt is alone in Tombstone. He has no wife or girlfriend and there are no Earp brothers. There are no Clantons either, or Cowboys, or Johnny Behan. Doc is killed by Curley Bill (Joe Sawyer) and Wyatt goes down alone at night to the OK Corral where he faces Curley Bill and some nameless henchmen, whom he shoots. The End. Well, it was a B-Western. Allan Dwan's excuse for the falseness of the history was, "We never meant it to be Wyatt Earp - we were just making Frontier Marshal, and that could have been any frontier marshal." A bit weak as a get-out, Mr. Dwan.


Still, since when did we watch Western movies for a lesson in American history? And Frontier Marshal is a whole lot of fun. Randolph Scott Westerns always were (well, except for Belle of the Yukon). The poster reads “I’m the law in Tombstone and from now on it’s up to you whether the city or the cemetery grows the fastest…!” It’s refreshing to see a Western movie poster with a correct use of whether, even if it spoiled its grammatical correctness with a superlative at the end.


After the titles there’s a lively montage of the growth of the boomtown of Tombstone (including Ed Schieffelin enthusiastically showing a silver nugget to his burro). There’s mucho shooting in the streets. Ward Bond (who was in the ’34 Frontier Marshal too) is the cowardly marshal who won’t go into a saloon to dislodge a drunk, an armed Indian Charlie (Charles Stevens, who played the same part in Clementine) and so Wyatt Earp, whose sleep has been disturbed, goes in, shoots Charlie and drags him out by the heels. The mayor (Harry Hayden) wants him as marshal now. “General Miles said you’re the best scout the Army ever had.” (I don’t know where that came from). But he turns down the marshal’s job. Then Curley Bill and his friends beat Wyatt up so he goes back to the mayor and takes the star after all. From then on, watch out.

I must say, Randolph Scott is very good. In some ways he was made to be Wyatt Earp, the Earp of myth anyway, cleaning up the town single-handed. Quiet, authoritative, strong, he is a proper film Wyatt.


Doc is played by Cesar Romero. He is perfectly splendid. He’s called Doc Halliday for some reason (maybe Fox hadn’t bought the rights from Doc’s family…) and he comes from Illinois but it’s Doc alright. Dark, powerful, charismatic, he is menacing and tragic in equal measure, a true cinematic Doc. It was a great performance, to rival Victor Mature’s in Clementine. Wyatt and Doc become friends (no mention of Dodge or previous acquaintance) and Doc saves Wyatt’s life by shooting a heavy aiming at Wyatt’s back in Tombstone, not in the Comique in Dodge in ’79 as actually happened. 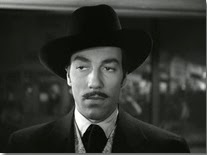 The Bella Union, owned by the mayor, is big, brash and fun, a proper saloon. And the barman is, obviously, Chris-Pin Martin. I say obviously because when was he anything else? There’s a badman named Dan Blackmore (Edward Norris) who tried to draw a derringer on Wyatt, the fool. Another is Pringle (Lon Chaney Jr.) who is shot down by Wyatt in a street gunfight. The chief villain though is rival saloon owner Ben Carter, a top-class John Carradine. So a quality supporting cast, though minor characters are not developed and Carradine, Bond and Chaney are wasted, really. What a pity, by the way, that John Carradine never got to play Doc Holliday himself. He would have been superb in the part.

There’s a woman, of course, not Clementine but the nurse Sarah, come looking for Doc from back East. But she doesn’t fancy Wyatt or anything. She stays loyal to Doc till death do them part. Sarah is played by Nancy Kelly, pretty, sincere, if a little saccharine. 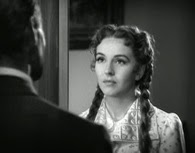 There’s another dame, natch, the saloon gal Jerry (Binnie Barnes) who loves Doc and is jealous of Sarah. But Wyatt gets her to see reason and she leaves town. “There’s a stage in the morning …” but sadly, instead of completing the line properly with “be on it”, Jerry is told to “go on home.” She gets in the ‘Pioneer Stage Line’ Concord in front of Carradine’s now closed rival saloon, become a savings bank, smiles, and bowls off, pausing only to wave a fond goodbye to Doc’s grave in Boot Hill. Much of this plot was taken up again by John Ford in 1946 for My Darling Clementine.


Eddie Foy has quite a large part as he comes to Tombstone, as he did to Dodge, and performs an act excruciating enough to be genuine Victorian music hall. Eddie Foy was played by Eddie Foy Jr., his son. 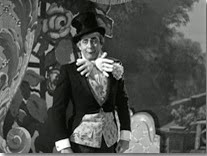 Doc is a surgeon, not a dentist, and as is traditional in Westerns there’s a small boy, Pablo the barman’s son, who is caught in the crossfire of the gunfight and critically wounded, so Doc has to sober up, summon up his medical skills once more, and, aided by nurse Sarah, operate on the child. It’s like Thomas Mitchell’s Doc Boone in Stagecoach but of course such a scene had been done many times before that and would be again.


For some odd reason, when Doc and Wyatt are comparing pistols (like little boys, I suppose) Doc tells Wyatt that his is a Buntline Special with the barrel cut down. Of course, if Buntlines ever existed at all (Stuart Lake thought they did) it was Wyatt who had one, not Doc. Doc used a .38 in a shoulder holster. Every Western fan knows that. 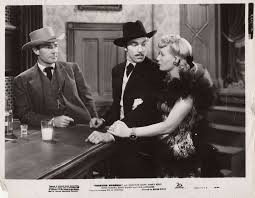 It’s only 70 minutes and while there is some nice outdoor photography of Lone Pine locations by Charles G Clarke (the silent 1926 Whispering Smith and the 1934 Viva Villa!) and the stage hold-up is actionful and well done, most of the movie is limited to a smallish set of a town and not very imaginatively shot. The music (four uncredited contributors) is slushy and poor.


Well, well. This is a Randolph Scott B-Western, no more but no less either. It’s a lot of fun and if you take it for what it is you will enjoy it greatly. 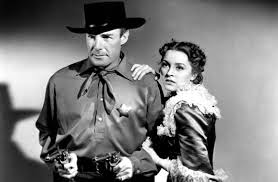