Buffalo Bill in fact and fiction

We’ve talked a lot in this blog about various famous figures of the West on the screen and in historical fact. Wyatt Earp in fact and fiction, for example, or Billy the Kid, Jesse James, Wild Bill Hickok and so on. But one great Western hero we haven’t examined much so far is Buffalo Bill. 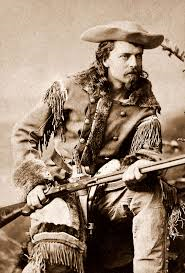 A classic pose
That’s partly, I think, because in Cody’s case fact and fiction merge and blend into one. He made it his business (literally) to build up the myth of his prowess as a plainsman. He lived off legend. So it is very hard to disentangle fact from fiction in his case.


Certain basic facts of his life are uncontested. He was born in Iowa Territory in 1846, lived for a while in his youth in Canada and then moved with his family to Kansas. He was very briefly a Pony Express rider, aged 14 (so I am afraid was not much like Charlton Heston in Pony Express). He served with the 7th Kansas Cavalry from 1863 till the end of the Civil War (aged 17 to 19) as a teamster with the rank of private. 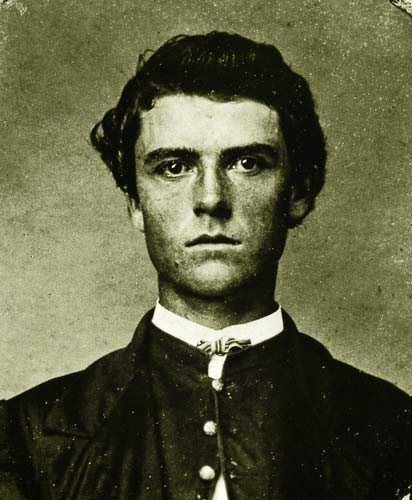 Cody at 19
He married Louise or Louisa Frederici in 1866 (born on a Missouri farm in 1844) and they had four children, two of whom died in infancy. The marriage was turbulent and often in difficulties but long-lasting. 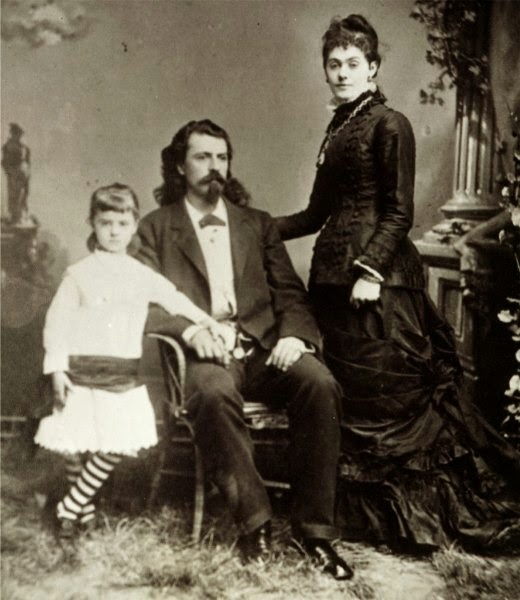 Cody with wife and daughter
He enlisted as a civilian army scout from 1868 to 1872 and also hunted bison for the Kansas Pacific Railroad company. He was chief guide on the Grand Duke Alexei’s hunt in January 1872. He received the Medal of Honor the same year (though this was later revoked by Congress, then reinstated recently). He was an active Freemason.


He made his stage debut also in 1872, with Texas Jack Omohundro in Scouts of the Prairie, a show produced by impresario Ned Buntline. During the 1873 – 74 season they were joined by James Butler ‘Wild Bill’ Hickok in a play, Scouts of the Plains.

He went on, of course, to become one of the greatest showmen there has ever been, touring the United States and even Europe with his spectaculars and being entertained by princes and presidents. Larry McMurtry has said that at the turn of the century Cody was the biggest celebrity on earth. He contributed enormously to the whole myth of ‘the West’ with which you, dear reader, and I are still so besotted. 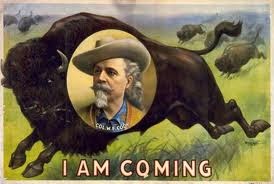 The world's greatest celebrity
Bill was instrumental in founding the pleasant town of Cody, WY, now the home of a quite excellent museum of the West, which I heartily recommend. 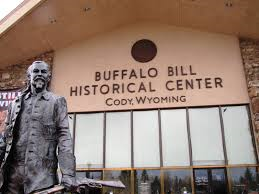 Worth a visit
Enjoy, too the Irma Hotel, named after his daughter, now popular with bikers (or it was when I was there). 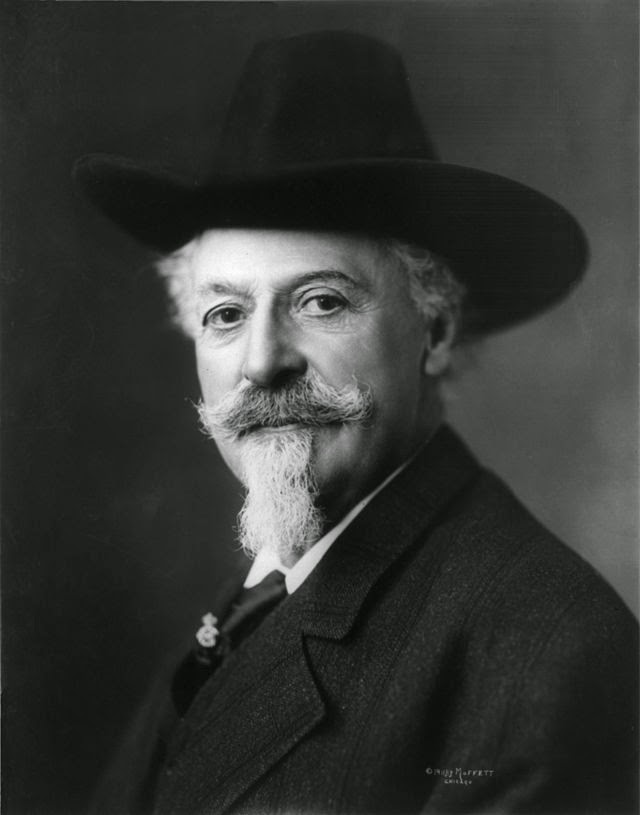 Cody as distinguished elder statesman
Cody died of kidney failure in his sister’s home in Denver in 1917. He was buried (witnessed by a massive crowd) on Lookout Mountain, west of Denver, another site well worth visiting, e-pards. 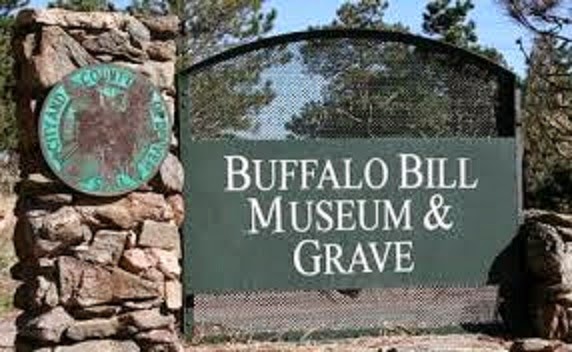 Next time you're in Denver...
Cody wrote an autobiography, early, in 1879. There was also, in 1899, Last of the Great Scouts: the life story of Col. William F. Cody, "Buffalo Bill", as told by his sister (Helen Cody Wetmore). There are quite a few contemporary and modern accounts of the Wild West shows. Hickok authority Joseph Rosa also wrote on Bill, in Buffalo Bill and his Wild West. But the greatest modern account of Cody's life is the magisterial biography by Don Russell, The Lives and Legends of Buffalo Bill (Norman, University of Oklahoma Press, 1960).


Bill has appeared very many times in novels and on the screen. Of course Ned Buntline (EZC Judson) was first to market. In fact he would claim that he coined the nickname "Buffalo Bill" for the hero of his serial novel Buffalo Bill, the King of the Border Men, published in the New York Weekly beginning December 1869. 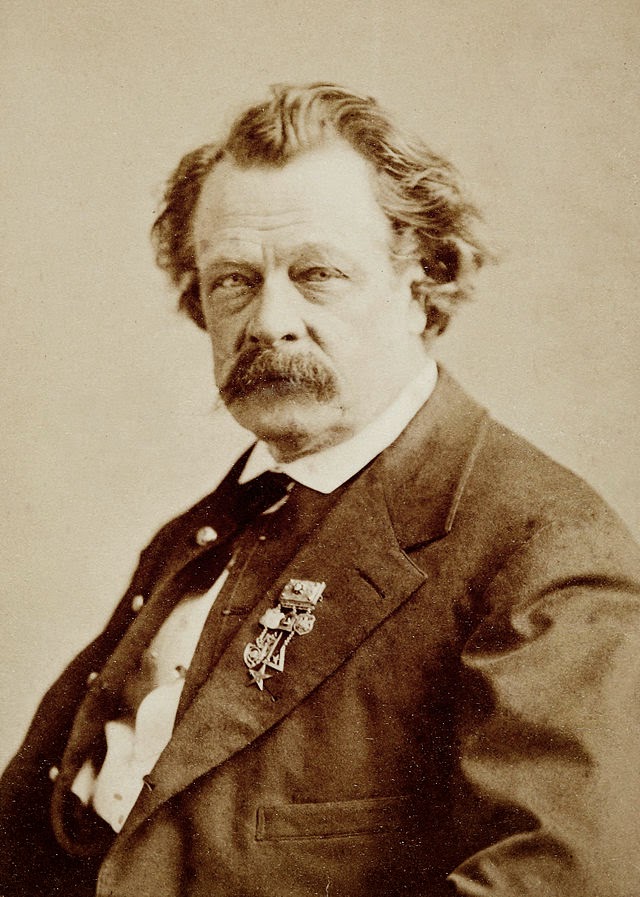 'Ned Buntline'
Frank Meader used Buntline’s sensational book as the basis for a play about Cody’s life produced in 1872 (a key year for Cody). Cody saw that play in the Bowery Theater in New York, and it was then that he, Buntline and Texas Jack put together their Scouts of the Prairie.


Since then, Buffalo Bill has appeared time and again on the page. In recent times we have had Larry McMurtry’s Buffalo Girls (1990) and Thomas Berger’s The Return of Little Big Man (1999), in both of which Cody plays an important part. On a higher plane, e.e. cummings used Buffalo Bill as a metaphor for life in a poem, known by its first two lines: "Buffalo Bill's / defunct".


As for the screen, big and small, the list is long. Cody himself appeared in some very early footage (some now sadly lost). Actors as diverse as Tom Tyler, James Ellison, Roy Rogers, Joel McCrea, Richard Arlen, Clayton Moore, Charlton Heston, Brian Dennehy, Brian Keith, Dennis Weaver, Keith Carradine and Paul Newman have all played him in film or on TV. Many of these portrayals swallowed the legend whole. A few tried to debunk it.
We've already reviewed some of the movies Bill appeared in, such as The Plainsman or Wild Bill. But in those he was a minor character. He was central to Fox's disappointing 1944 Buffalo Bill with Joel McCrea as Cody, and Paul Newman took the lead in Buffalo Bill and the Indians, or Sitting Bull's History Lesson, a movie I don't actually much care for but have yet to review.

For more on the great man, click the link to my review of Don Russell's biography. 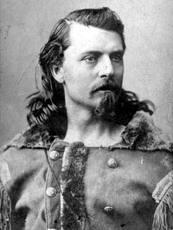